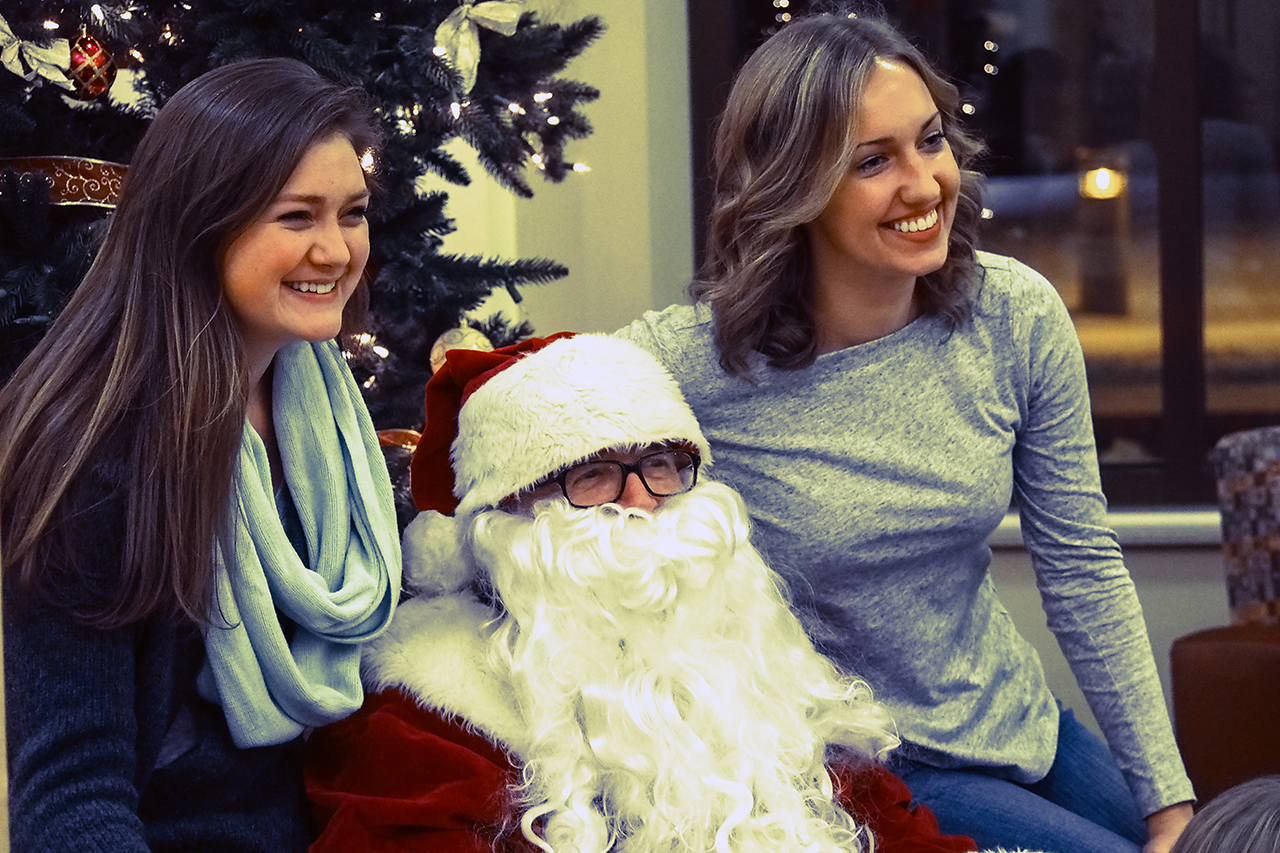 “SGA wanted to bring it back this year, because everyone here on campus seems to love Christmas,” Dymoke said.

Following the announcement via Facebook two weeks ago, people seemed really excited about celebrating Christmas together, he said.

KORD radio played holiday music in the Atrium while students decorated ornaments and ate treats. The cartoon version of “How the Grinch Stole Christmas” was played twice in the Maize, and students had the opportunity to take pictures with Bruce Vieweg dressed as Santa.

Vieweg sat in a red chair by the Christmas tree and was happy to take pictures with anyone who wanted one, which was junior Katie Bjelde’s favorite part of the event.

“I loved that we could take pictures with Santa, AKA, Bruce Vieweg,” Bjelde said. “The best part about Christmas spirit is that it consumes everyone.”

SGA and CEC combined budgets to split the $500 cost of the festivities, according to special events co-commissioner Katie Englund.

According to Englund, most of the clubs and organizations on campus have their own Christmas parties, so there has not been a necessity for a campus-sponsored event. All the same, it was a celebrated addition to the campus calendar.

“Matt approached us asking if we could bring the Christmas party back, and we felt silly for not thinking of it before,” Englund said. “I’m so excited to make it happen again.”

Sophomore Kelly Jordahl thought it was a great way to relax before finals.

“Everybody was so happy,” Jordahl said. “All of the stress seemed to disappear and everyone seemed relaxed.”

However, Jordahl would have liked to see a different kind of musical addition to the party.

“They should have had impromptu caroling,” she said. “Caroling gets you in the Christmas spirit, and it’s cute.”

Both Dymoke and Englund would like to see this become an annual tradition from here on out.

“It’s a great way to bring campus together. I absolutely love the idea of kicking off the holiday season, and I would love to see this become an annual thing,” Englund said.