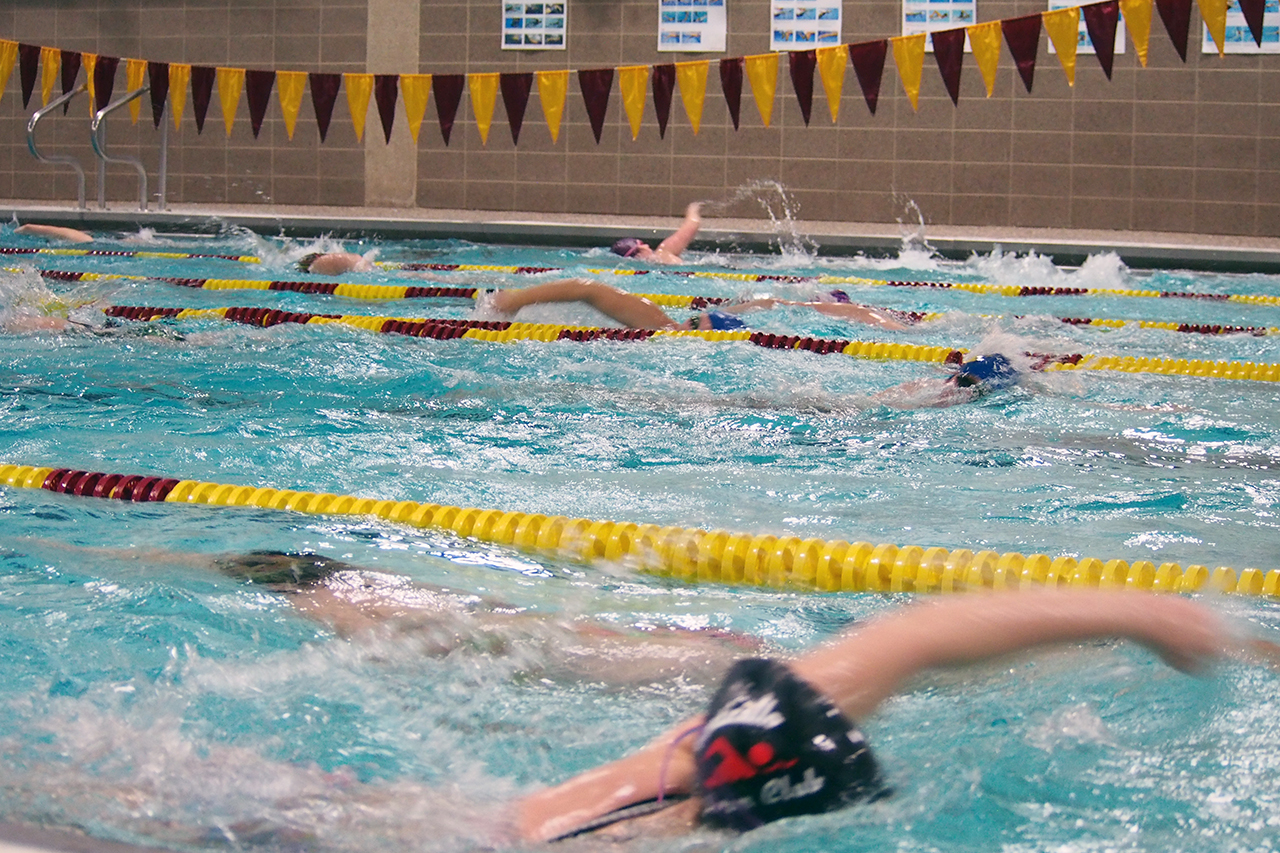 Cobber athletes are determined to have successful seasons across the board

Many athletes believe that having a strategic practice regime is crucial to a team’s success. Not only do these regimes enable athletes to prepare for upcoming meets, they also enable Cobber athletes to be one step ahead of the competition.

According to junior Paige Beseman, the softball team does a variety of drills to help them be ready for anything that may come their way.

“Coach throws a bunch of different scenarios at us without us expecting anything,” Beseman said. “It gives us a more game-like feeling and allows us to make the right decision under pressure or mess up during practice to prevent it in an actual game.”

“Practice is different everyday, and I never know what to expect,” Titus said. “Coach Hehn is very creative with his sets, and he likes to make them difficult. Divers do a separate practice during the day and do a lot of dry land too.”

According to sophomore Morgan Holm, the women’s soccer team’s practices change depending on the upcoming competition.

“Our coach usually gets a scouting report on a team, which tells us the formation they play and any standout players they have,” Holm said.

According to Holm, while practicing different plays, the team members sub in for the competitors. This style of practice enables the team to work on common plays used by competitors.

Beseman mentioned that before stepping onto the field, members of the softball team gather behind the dugout and do a team warm-up.

The team starts their pre-game warm-up by doing various stretches. Then they gather into groups and warm-up their arms by throwing the ball back and forth.

After that, the team does their traditional signature drill, the “Cobber country fair.” This drill enables the team to come together as a whole and practice their throwing skills.

According to Holm, watching past games against upcoming opponents helps the team understand what they need to work on.

“If we have played the team already during the season, we will watch film from the game to learn where we had success and what we need to work on,” Holm said.

According to Titus, Holm’s techniques have enabled the team to be successful this season.

“I think Coach Hehn provides good techniques for us to work on,” Titus said. “(Hehn) always tries to make us better and expects us to do our best all the time. He knows what he is doing and is very experienced with the sport.”

Even though practice can become repetitive, Beseman feels this repetition is necessary to a team’s success.

“You can definitely tell a difference between a player who has just picked up a bat and one who has been taking thousands of cuts throughout the week,” Beseman said.

Although the swim team has had a rigorous practice regime this season, Titus feels the team’s perseverance has enabled them to be successful.

“Right now the team is exhausted and tired, so it’s harder for our bodies to race, but we still try to race fast,” Titus said.

Continuing past Cobber traditions has enabled the women’s soccer team to get in the spirit before competition.

“We sing ‘Be A Man’ (from) ‘Mulan’ in the locker room before every game,” Holm said.

Before swim meets, Titus makes sure she is in the right mindset for competition.

“When I prepare for my races, I like to ‘get in the zone’ by eliminating distractions and focus on what I need to do,” Titus said. “I swim fast and do my best because that is all you need to do.”

Creating the right practice regime takes time. All the same, the planning process has enabled Cobber athletes to have successful seasons. With the dedication of both athletes and their coaches, Cobber athletes have been able to break barriers and will continue to do so for the rest of the year.