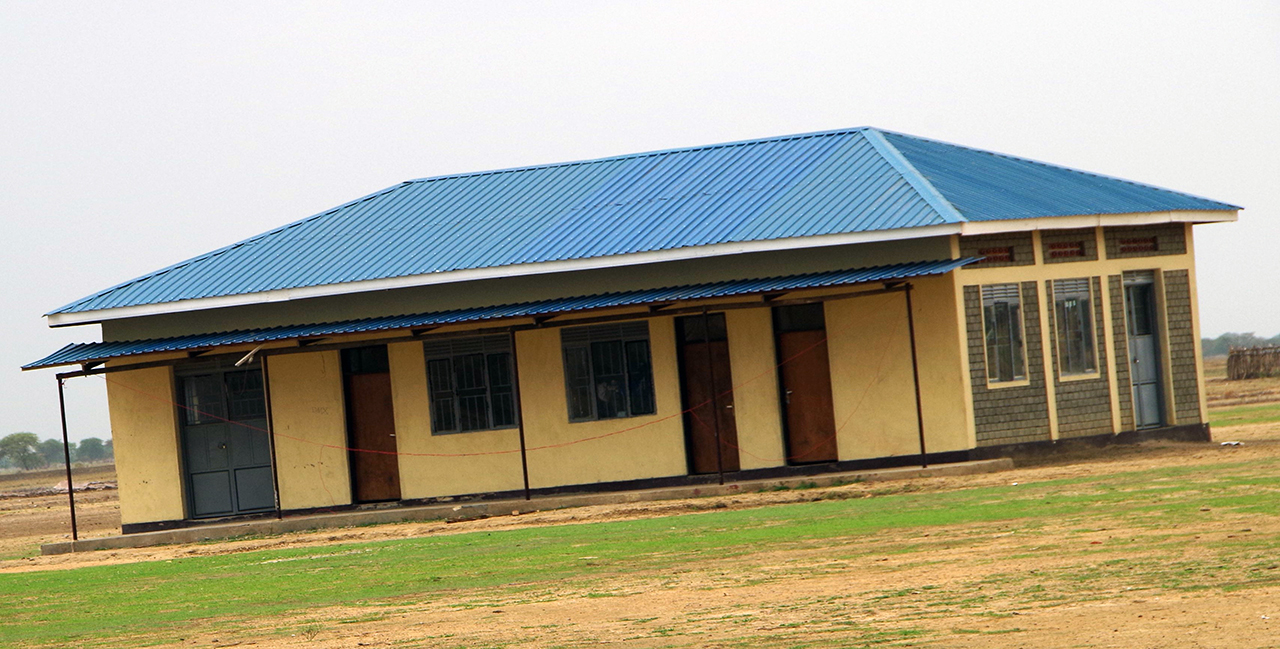 A Concordia alumnus’ dream has finally been realized in the form of a library.

Machien Justin Luoi, a 2007 graduate, and several other Lost Boys — children displaced in the Sudan War — spent six years planning and building a library, which was opened this year.

Friday, Luoi is coming back to Concordia to talk about his story and give thanks to the people who supported him in the venture.

Luoi was resettled to Fargo and went to high school with the son of Roy Hammerling, a Concordia religion professor. While getting to know Luoi, Hammerling learned his past and the journey that had led him to the United States .

Soon after completing high school, Luoi and other Lost Boys came to Concordia.

Luoi had taken Hammerling’s Celtic Christianity class. The class learned that Ireland had been a haven for libraries when the Roman Empire spread and destroyed many parts of the world. Hammerling said he compared that situation to today and asked where civilization would survive. After that class, Luoi approached Hammerling and said he wanted to build a library for the people in South Sudan.

Luoi took the library idea with him to the annual Lost Boys community meeting in Omaha, Neb. in the summer of 2006.

At a community meeting later that December, the idea of building the library came up again.

The community decided they would go through with the project, and in 2007, the group started fundraising.
Gat-kier Machar, another Lost Boy, was living in Denver, Colorado during the organization’s inception.

“Our first mission was establishing the organization as a non-profit organization,” Machar said.

With the help of a local law firm, the organization was able to define itself as an official non-profit organization in North Dakota.

Machar moved to Fargo, which had become the base of PACODES, with his family in 2008, and shortly after, Luoi returned to South Sudan to oversee the project.

After communicating long distance to find a contractor who would begin working on the project, they started building.

Six years later, the library is open, filled with books and ready to go.

The Sudanese War, which originated in Southern Sudan, lasted 21 years. Over 2 million people were displaced throughout the conflict, and hundreds of thousands were killed.

During the conflict, at least 20,000 children walked great distances to find safety in refugee camps.

While aid efforts helped to reconnect some children with their families, about 17,000 were still in refugee camps. In 1996, around 3,800 Lost Boys resettled in the United States.

The war occurred, Gat-kier said, because there was a lack of education and a lack of people communicating.

The focus of the library project is to begin giving people that education. According to the PACODES website, only 1 percent of Panyijar is literate.

“We want to be part of this new era where we would educate the next generation of leaders and citizens that will have an open mind and find a way to cooperate with people they didn’t grow up with,” he said.

Joan Kopperud, Concordia English professor, got involved with PACODES after hearing Hammerling give a presentation about his involvement with the group.

“I felt called to get involved,” she said. “It aligned with my values for education.”

During his time here, Luoi got several other members of the Concordia community involved. Cobbers for PACODES is a student-led club on campus.

Gat-kier said that he would eventually like to build a secondary school and after that a technical school to teach carpentry, tailoring and other skills.

“Those are nonexistent,” Gat-kier said. “Those are what they need.”

For now, he said the people in Panyijar are very happy with the library, if only as a start.

“In that part of the world, life is tough,” he said. “It’s not that they aren’t able to help themselves. They just don’t have the resources.”

The PACODES library celebration will take place Dec. 13 from 1-3 p.m. in the Birkeland Lounge.