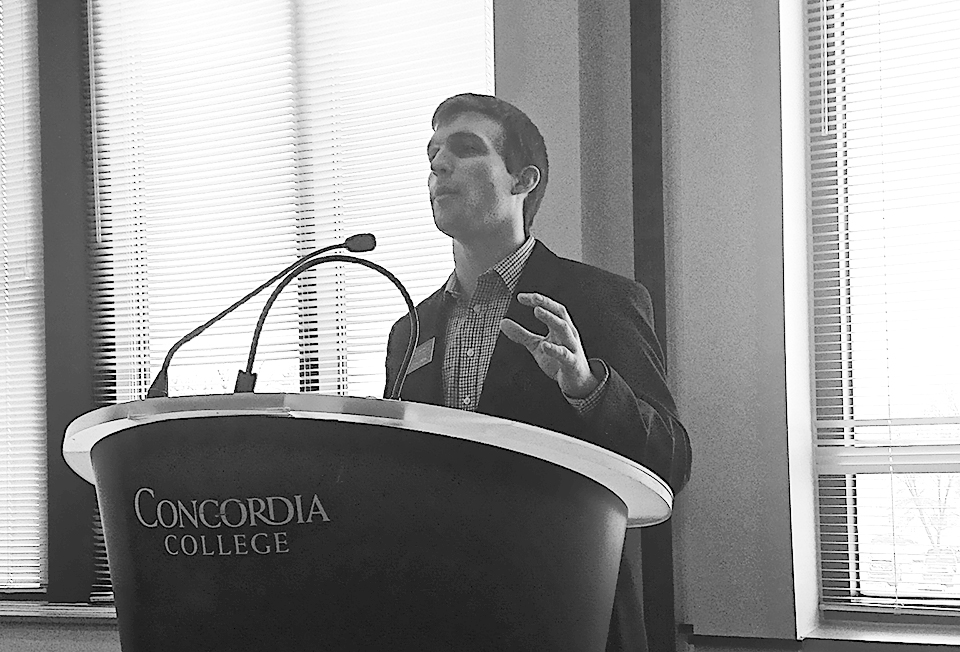 Student Government Association announced last week that Concordia will not have visitation restrictions, commonly referred to as intervis, in its dorms on campus with the start of the 2014-2015 school year.

Students, faculty and staff gathered in Jones C/D on January 21 to hear the announcement.

A week has gone by since the announcement was made, and SGA reports positive reactions from people across campus.

Fjelstad Resident Assistant Kylie Windecker agreed and said the new policy will help students learn how to have difficult conversations.

“One part of living with people is learning how to say those things that make you uncomfortable,” she said.

Samantha Hamilton, a senior at Concordia, agrees with the elimination of intervis, but added that the policies were beneficial to her during her first two years at Concordia.

As a student living in the dorms, Hamilton had problems with roommates wanting to have men stay over in the dorm. She said it was nice to be able to fall back on the policy to avoid any awkward conversations.

“It (did) help to regulate that problem of someone sleeping over in someone’s dorm too much,” she said.

Although more conflicts between roommates might come from slackening visitation rules, the elimination of the policy will give students a good learning opportunity.

Hamilton agreed despite her experiences as an underclassman.

“I think people should just man up and say, ‘Hey, I don’t want that person over,’” she said.

Director of Residence Life Jasi O’Connor added that the students who were the most interested in abolishing intervis were not motivated by romantic reasons.

“Our students’ interest in having open visitation by and large doesn’t have anything to do with romantic reasons,” she said.

Dymoke, Windecker and O’Connor all reported a lack of surprise at seeing intervis eliminated.

Windecker said if anyone was even slightly aware of students’ opinions at Concordia, he or she would have known that intervis didn’t have a lot of support.