‘Fifteen’: Sophomore logs many hours of work in labs each week 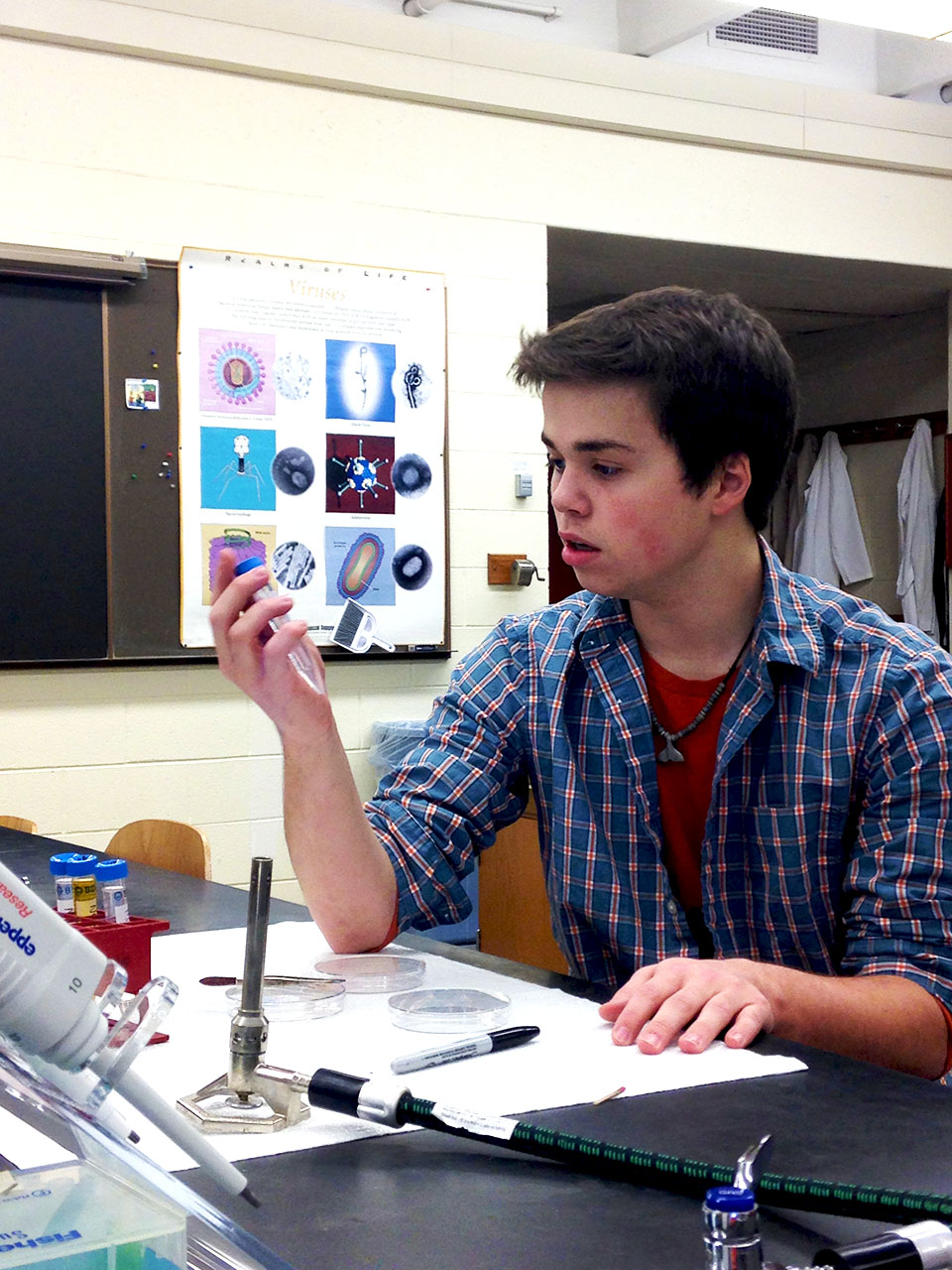 Andrew Olsen, a sophomore at Concordia, does not have a lot of time.

Pursuing a major in biology and minors in chemistry and neuroscience, Olsen’s schedule is jam-packed with classes, labs and homework.

“I have basically no free-time,” he says.

Counting the hours in his head, Olsen comes up with the number 15. Every week, Olsen spends about 15 hours in the lab applying what he learns in the lecture hall.

Olsen is on a pre-med track at Concordia but is focusing on gaining research experience during his time as an undergraduate. He is currently applying for a grant that would allow him to do research on the photosynthetic rates of lakes in this region.

Olsen laughs as he talks about the project. He knows that everybody would not be as interested in the research, but he looks forward to finding out if he will get the grant later this February.

On a Saturday afternoon, Olsen has taken up residence in the genetics lab, where one of his classes meets regularly. Trays of bottles containing different chemicals sit in a yellowing refrigerator on the right side of the room.

Olsen can name them all.

“You want to see cancer in a bottle?” he asks holding up a vial of clear liquid. He explains that even the briefest contact with the substance would give a person cancer.

Though Olsen’s schedule seems pretty full given his coursework, he manages to cram even more in.

Every other weekend, Olsen travels to Hunter, N.D. to work as an emergency medical technician, EMT, transporting people by ambulance to Sanford in Fargo. Olsen is available at the station for 48 hours, ready for any emergency that requires transport to the larger hospital 40 minutes away.

He says he has seen a lot while working as an EMT.

“People have had their hearts stop on me,” he said.

Olsen also mentioned a man who got his arm stuck in an auger and had to be transported to Fargo by ambulance. Olsen said it is difficult to stay calm in those types of situations.

“It can be a hit and run sometimes,” he said.

Olsen thanks the science department at Concordia for helping him find this opportunity.

“The science faculty are just really out there to help you,” he said.

It is hard to imagine, without talking to him, why Olsen does not mind devoting so much time to his studies. But, by the way he talks about science, it becomes crystal clear.

“I just really like going home,” Olsen said, “and being able to say, ‘I worked with cancerous materials today.’”

2014-02-05
Previous Post: Letter: Making the most of Valentine’s Day
Next Post: Sexism for sale: The gendered parts of culture we forget