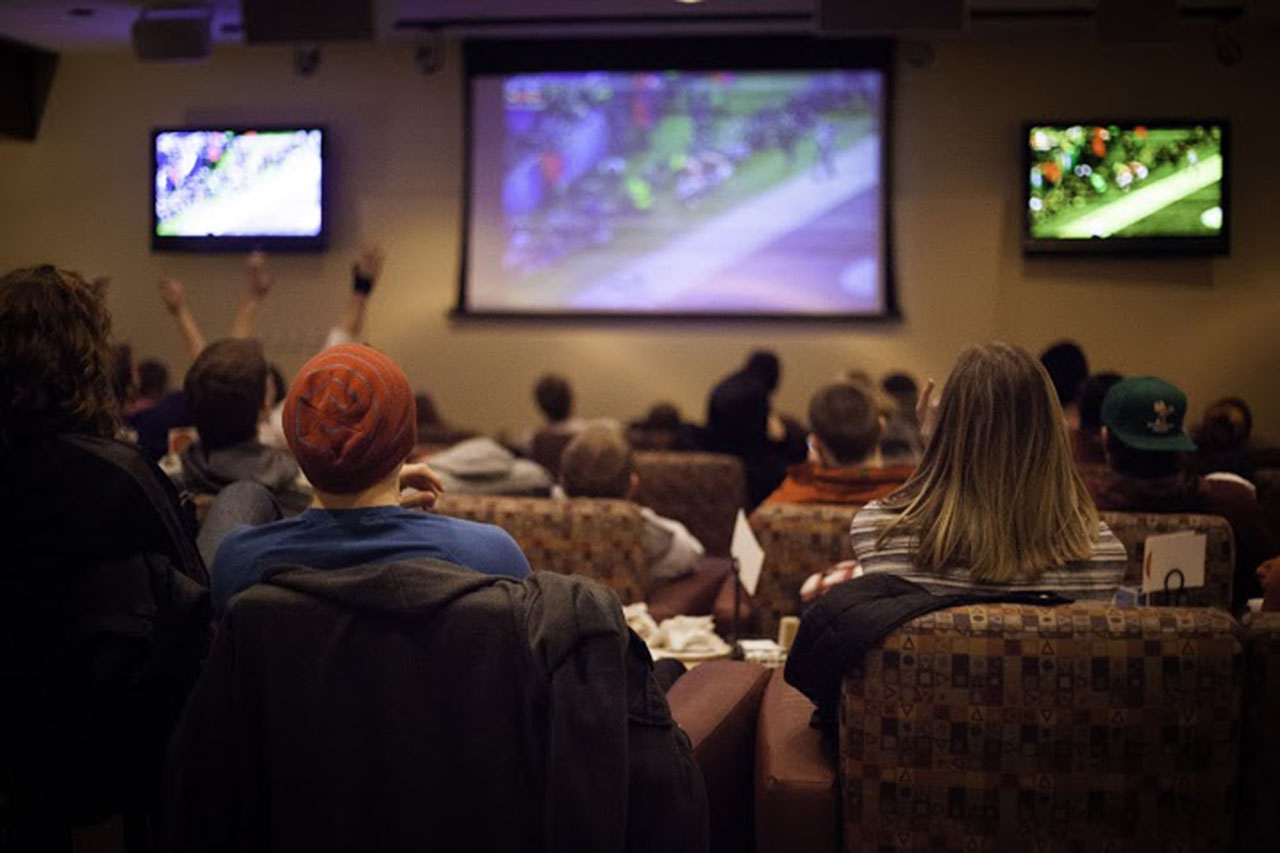 Campus was bustling last Sunday with numerous Super Bowl events taking place. Although the game was fairly one-sided, there were many Super Bowl parties in places like Hoyum, East Complex and the Maize.

Markfort came into Sunday with many plans including door prizes and a pick-the-score contest while the game was projected on a large screen.

There was plenty of food including mini corn dogs, chips and salsa just to name a few.

Markfort did not know how many people to expect at the party, but he was pleased with the two dozen that attended.

Student Government Association and Campus Entertainment Commission put on a party in the Maize.

The highlight of the event in the Maize was the free Buffalo Wild Wings and pizza.

There were also gift cards given away periodically.

The supply of wings went quickly and eventually ran out, but there was a great showing of students who attended.

Over in East Complex, Erickson and Hallett Hall Councils hosted a Super Bowl party for residents of Hallett and Erickson.

Barry Auditorium was the chosen site of the party because of the large screen.

The game was streamed and then projected

This is the first Super Bowl party in Barry Auditorium as it was still being constructed during last year’s Super Bowl.

Last year’s East Complex Super Bowl party had to be hosted in the Hallett Hall basement, so Dosch was excited to move the party to a larger space.

There were many food options beginning with pulled chicken sandwiches, chips and salsa, veggie trays, goldfish, licorice, popcorn and soda.

Also at the party were various door prizes.

Erickson and Hallett Hall Councils gave out a gift card after every quarter in order to draw in the students.

“Our goal was to create a sense of community with this event,” Dosch said.

2014-02-05
Previous Post: SAGA members discuss Mr. Concordia events
Next Post: I want to go on a date with Jesus