The race against time 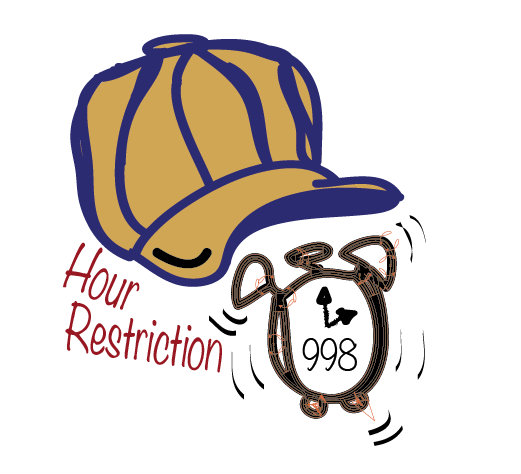 “Some students were holding three, four or even five jobs, causing freshman to miss out on employment opportunities on campus,” said Peggy Torrance, Director of Human Resources.

Each student worker is allowed a total of 20 hours per week and 998 hours per fiscal year, which occurs from May 1 through April 30. Some student workers have felt inconvenienced by this policy, especially individuals who hold both summer and school year employment positions on campus.

Others disagree and argue that it makes sense in an academic environment.

“We didn’t want to impact students academics; we wanted to be in compliance with the IRS, and we wanted everyone on campus to have equal job opportunities,” Torrance said.

Under new health care reform, better known as the Affordable Care Act, students who work over 30 hours in a week must be offered health coverage by their employers. Human resources also must report all hourly work and stipend information to the IRS. In order for students to maintain their student standing under the IRS, an hour cap needed to be put into place.

Senior Niki Wagner was the first student to be denied employment due to the new policy.

“The students who are most likely to hit the limit are the types of students who won’t stop working,” Wagner said. “Hitting the limit just guarantees that they have to go off campus for work, and that might not be as flexible or rewarding as the type of work we students can find on campus.”

When Human Resources collectively looked at the situation last year, they discovered it would only significantly affect seven out of an active 1,500 student employees.

Junior Michael Chambers held positions during the summer and currently during the school year. He emphasized that, at Concordia, it is necessary to not only be able to maintain grades, but also to maintain a job.

“This is a place that I love,” junior Michael Chambers said. “I want to get my education here but also be able to support myself academically.”

Most student employees likely will not find themselves affected by the hour cap for the duration of their time on campus, but the decision to comply stands.

For more information on student work and student employment, you can visit the Career Center or check out the Student Employee Handbook, available online at concordiacollege.edu