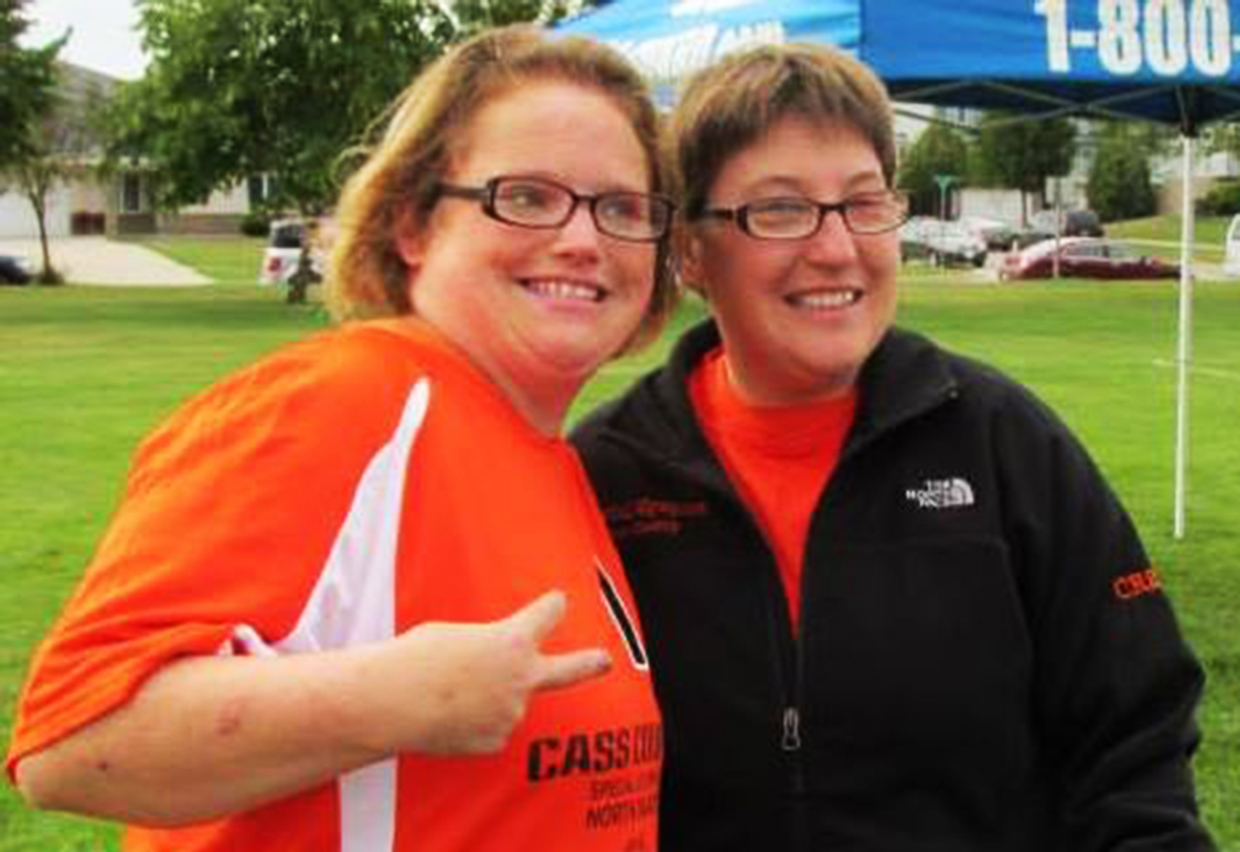 Concordia hosted a Special Olympics track and field meet for the first time on Feb. 1, 2014.

Fifteen athletes from Cass County and Valley City participated in seven events: Shot put, long jump, high jump, the 800, 200 and 60-meter and the 4 by 100-meter relay.

A volunteer, David Reuter, contacted Concordia’s track and field coach Marvin Roeske about creating the event. Together, along with Coach Garrick Larson, they were able to organize the Special Olympic event right before Concordia’s event that day.

Reuter got involved volunteering with Special Olympics when he was in college.

A few of his good friends were involved at that time. He started out helping with shot put. Now, he volunteers in the Fargo-Moorhead area, helps at the State track meet and is passionate about finding opportunities for the athletes.

He had the idea of doing an event at Concordia so that more people would be introduced to the Special Olympics organization.

He was very pleased with the turnout of spectators; many were there to watch the collegiate athletes later that morning but arrived early enough to catch the Special Olympic activities. It was important to him for these people to be a part of the unique Special Olympic atmosphere.

It was also a great opportunity for the Special Olympic athletes to have an event this early in the year, according to Reuter.

Misty Creech is a very successful Special Olympic athlete. She went to world games in track and field in 1999. This year she was the first recipient of the Roger Kerns Character Award.

She has been a Special Olympic athlete for more than 20 years.

Creech does many sports including track and field. Her favorites are soccer and basketball. She has practice at least two days a week.

Creech is an athlete who participated in the Special Olympics meet at Concordia. She did the shot put, the 60-meter dash and the 4 by 100-meter relay.

She appreciated the Concordia athletes’ hospitality as well.

“(My) favorite part (was) all the athletes …cheering us,” Creech said about the event at Concordia.

One of Reuter and Creech’s favorite parts of the event was the high jump event.

An athlete from Cass County drew a crowd during his high jump. The athletes from various different teams gathered to cheer for him. They all started getting the high jump clap going, and the athlete competing was very encouraged.

“You could tell all the athletes really liked it, and the guy high jumping just loved it. He really enjoyed that,” Reuter said.

Cheering on the Special Olympic athletes was a highlight of the event for many of the college athletes.

Reuter says that is what Special Olympics is all about, encouraging others and cheering one another on.

“To me the biggest thing with Special Olympics is it’s not necessarily about winning. It’s about being there and having a good attitude and having fun,” Reuter said.

Domenic Fraboni helped out at the meet. He observed the positive attitudes that Reuter says the Special Olympic athletes have.

“My favorite part of the events was the sportsmanship shown by all of the Special Olympic athletes,” Fraboni said.

The Concordia athletes enjoyed hosting the event and learned from the Special Olympic athletes.

“It makes you realize that life isn’t all about winning and being the best but always working your hardest and always being happy regardless…” Fordahl said.

Track and field is not the only Special Olympic sport in the area. The Cass County Special Olympics offers programs in basketball, volleyball, swimming, gymnastics, powerlifting, skating, skiing, bocce and more.

Some of these events have very strict rules and regulations.

If they are not scored correctly, athletes may be disqualified for state or national levels. Volunteers who are knowledgeable in sports are always wanted.

“We have volunteers which is great … we are always looking for volunteers that have that sport background,” Reuter said.

Going to http://www.specialolympicsnorthdakota.org/home/ would be a starting point for volunteering.

“I think helping out at Special Olympics events is a great experience, and everyone should take time to do it,” Fraboni said.

Reuter wants to thank Concordia, Coach Roeske, the athletes and SAAC for helping the event to be a success.

Volunteers, spectators and athletes all enjoyed the Special Olympic track and field event at Concordia. It was a great success. Now the Cass County Special Olympics is looking forward to their next big event, the Polar Plunge, on March 1, 2014.