Korn Krib has a complicated history 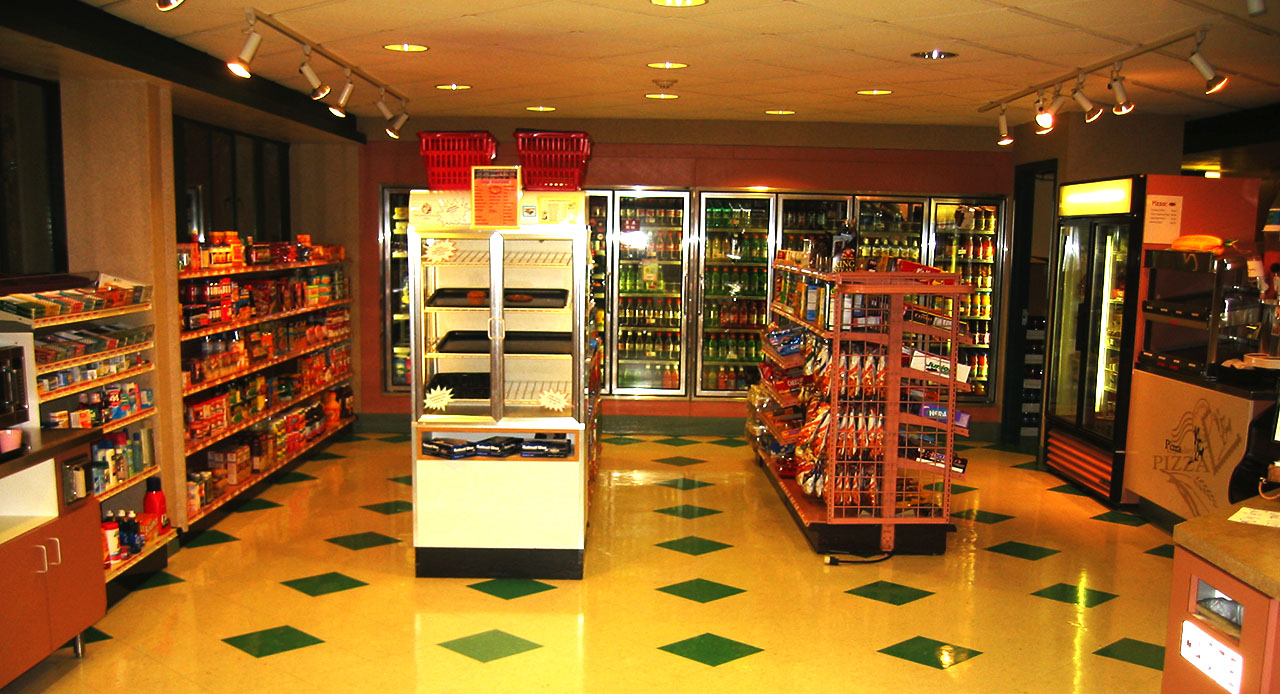 The Korn Krib’s name is spelled with Ks instead of Cs.

Unlike other on-campus dining and retail establishments, the Korn Krib’s name is deliberately misspelled. The initial reason for that misspelling appears to be mostly lost in Concordia College’s history.

Based on information in Concordia’s Archives, the Korn Krib name appears to have originated with a student contest in 1957, but the name(s) of the contest winner(s) and their rationale for choosing this particular name and spelling, is missing.

In fact, “Korn Krib” might not even have been the winner of the contest.

The January 18, 1957 issue of The Concordian includes a brief article headlined “Reopen Snack Bar Contest Today,” which details the reopening of a contest to rename a “snack bar” that had recently opened in the basement of Park Region.

“The committee chosen to select a name felt that none of those submitted was successful,” says the article’s author, explaining the contest’s reopening.

The article goes on to list several of the rejected names that had been submitted “to avoid duplications with entries previously submitted, and to serve as a possible springboard for ideas.”
The “Korn Krib” is among those rejects. Others on the list include The Crib, Prexy Date Bar, Fishbowl and the Hub.

The name’s history arguably goes back a few months earlier.

The October 26, 1956 issue of The Concordian includes an opinion piece headlined “Snack Bar Can Be Great-If…,” that lists suggestions its authors think would improve the newly-opened Park Region snack bar.

Among the authors’ suggestions is that “some clever name should be tacked above the door,” since the snack bar had yet to be named. “KOBBER KOVE” and “KOBBER KRIB” are supplied as examples.

Despite their wishes for improvements, the authors do call the snack bar’s opening “one of the greatest steps forward in the direction of improved social life at Concordia since the invention of square dancing and roller skating.”

This article could be the earliest instance of the name’s “Krib” concept and of the misspelling. It is possible the article’s authors Danny Olson and Bruce Weber may have submitted the name to the naming contest a few months later. As The Concordian went to press, Olson and Weber could not be located for comment.

English professor David Sprunger, who teaches an editing and grammar class, does not understand why the Korn Krib’s name is spelled the way it is.

“It disturbs me,” Sprunger said. “(The spelling) seems really folksy, and it doesn’t seem particularly consistent with an institution of higher learning.”

Sprunger implied the reason the name has stuck around to the present is that people generally do not enjoy change.

“Once something is in place,” Sprunger said, “a body in motion tends to stay in motion, so that’s probably a lot of it.”

The spelling quirk has even mystified past Korn Krib managers. Concordia’s current post office manager, Paulette Dixon, who ran the Korn Krib from 1996 to 2001, wondered why the Ks were there as well.

“It was weird, working at an institution of higher learning,” Dixon said. “We couldn’t figure out where the two Ks came from.”

In light of the spelling’s mystery, Dixon constructed a student survey to gauge interest in revising the store’s name to the correct spelling. Students ultimately voted to leave the name as it was “because they thought it was unique.”

Concordia’s retail operations manager, Jason Giffey, who currently manages the Korn Krib, along with the Maize, Coffee Stop and concessions, likewise says he has no idea what the name’s origin or rationale was.

“When I first came, I kind of asked around,” Giffey said. “And they said, ‘No that’s just how it’s always been; it was a naming contest.’”

Giffey added that he would not consider changing the spelling of the Korn Krib.

“I actually like it. It‘s different. It kind of gives it a different look, even though whenever you type it, it sets spellcheck off, probably,” he said.

Sprunger, despite the way the Korn Krib’s spelling sets his grammarian heart to racing, would not necessarily recommend changing the name either.

“It’s probably just another small thing about language that gets on my nerves. Life’s too short to worry about every one of those,” he said.