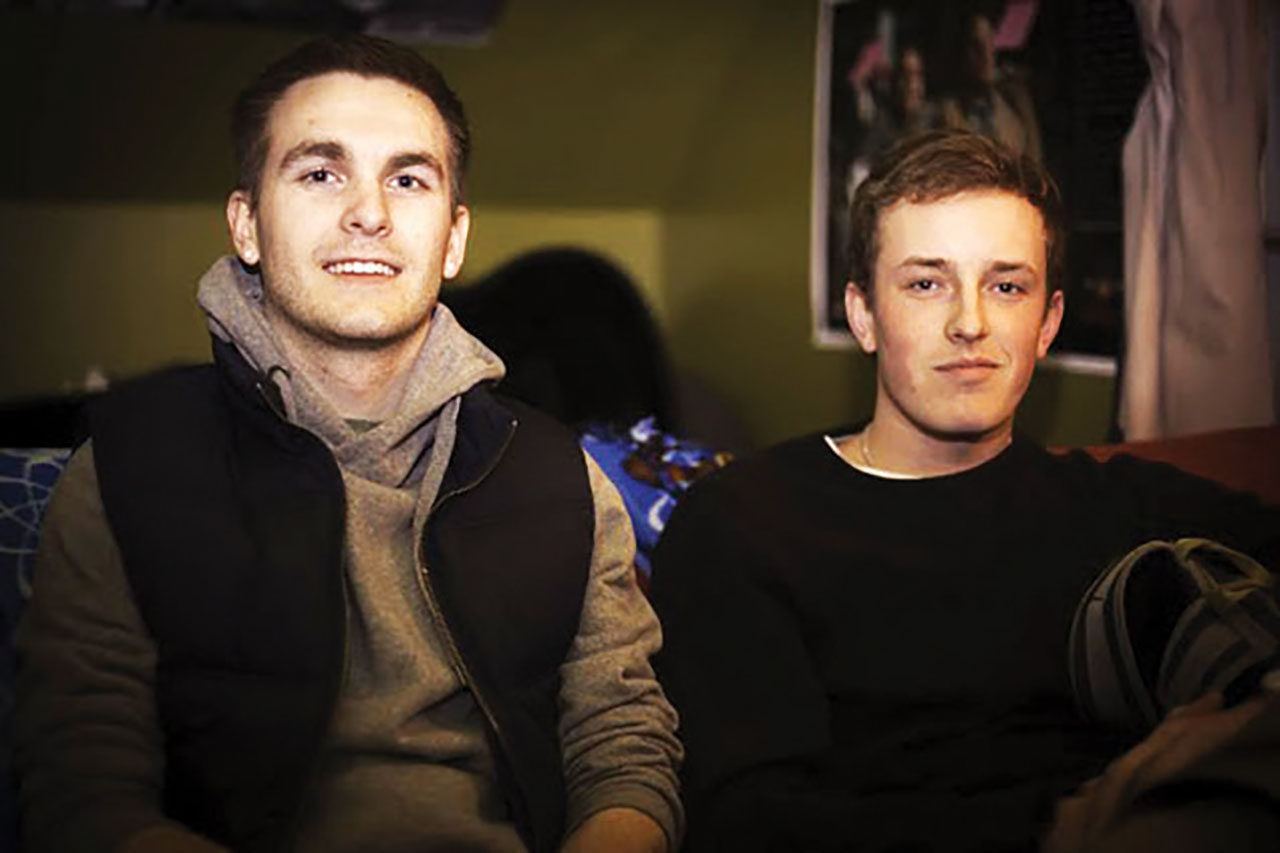 Singer/songwriter Dylan Jones, a Concordia senior, and writer/rapper Jack Yakowicz, a Concordia junior, began their musical bromance this past summer.

“We met in June and bonded over the fact that we’re two of the only people on campus who write our own lyrics. We’re legitimate fans of each other’s music, so there’s a relationship,” Yakowicz said.

At 9 p.m. on Valentine’s Day, Concordia students can see Jones and Yakowicz’ musical bromance grow. The two Concordia artists will headline a benefit concert hosted by Concordia’s Dance Marathon, a student organization that raises money for children’s hospitals through the Children’s Miracle Network.

“An example would be the procedure room, where they take children to do important medical tests,” Mackner said. “The room has various things to distract the kids so they don’t feel scared during the procedure. Our donations help with stuff like this.”

Last year, the group gained national recognition from the Children’s Miracle Network for increasing their total funds raised from $3,000 to over $12,000. When planning for this year, Mackner said they aimed even higher.

In order to accomplish this type of fundraising increase, Mackner said that the committee had to get creative.

“Last year, Betsy (Bjelde, the fundraising co-chair) and I talked about a benefit concert, but it never came to life,” Mackner said. “But, as we set goals (for this year), I realized that I really wanted to make this a reality.”

When envisioning what this event could potentially look like, Mackner pictured an ideal of 500 attendees.

“The Centrum holds 700, but we thought 500 was a fair estimate,” Mackner said. “With that kind of attendance, we could potentially raise almost $3500.”

With these large goals, Mackner went straight to Jones and Yakowicz.

“They both have a large following. Dylan just released an EP and Jack’s got a ton of music,” Mackner said. “People are excited about their stuff.”

“All this money stays local,” Mackner said. “Concordia artists will create ties between the event and this community.”

Jones and Yakowicz will each play about 45 minutes of music separately, with Yakowicz playing first. The concert will close with their 30-minute collaboration, including the music they began this past summer.

“This will be my first actual gig – one that I booked,” Jones said. “I’m honestly so stoked because I’ve always wanted to do a concert like this.”

Both Jones and Yakowicz will be playing original music at the event, along with covering a few popular songs. According to Yakowicz, the music played will be their most upbeat and uplifting material.

“We just want people to have a good time,” Yakowicz said.

According to Mackner, the process of making this a good time for students was a large undertaking. Since he and the rest of the Dance Marathon committee didn’t feel capable of planning an event this large on their own, Mackner approached the students of Campus Entertainment Commission (CEC) to get their advice and help.

From providing advice on spaces to giving information about the logistics for sound and productions, Mackner said CEC was instrumental in the process.

“They have the resources, knowledge and background to pull this off,” Mackner said. “CEC has been so gracious with their support and help.”

“Since this is the 25th anniversary of Cornstock, we wanted to focus on announcing the whole line-up in one shot. We were looking for an event to announce at – something that fit the theme,” Bainer said.

Therefore, CEC will be revealing the Cornstock line-up – including student opener, hired opener and headliner – at the benefit concert.

Mackner said that he wants to remind people that the event takes place on a very special day – Valentine’s Day.

“It’s a great opportunity for a date,” Mackner said. “Go out to dinner, hear a little music and support your community.”

2014-02-12
Previous Post: 10 tips for getting a date with Scarf Boy
Next Post: CordMN app new tool in Concordia tech arsenal