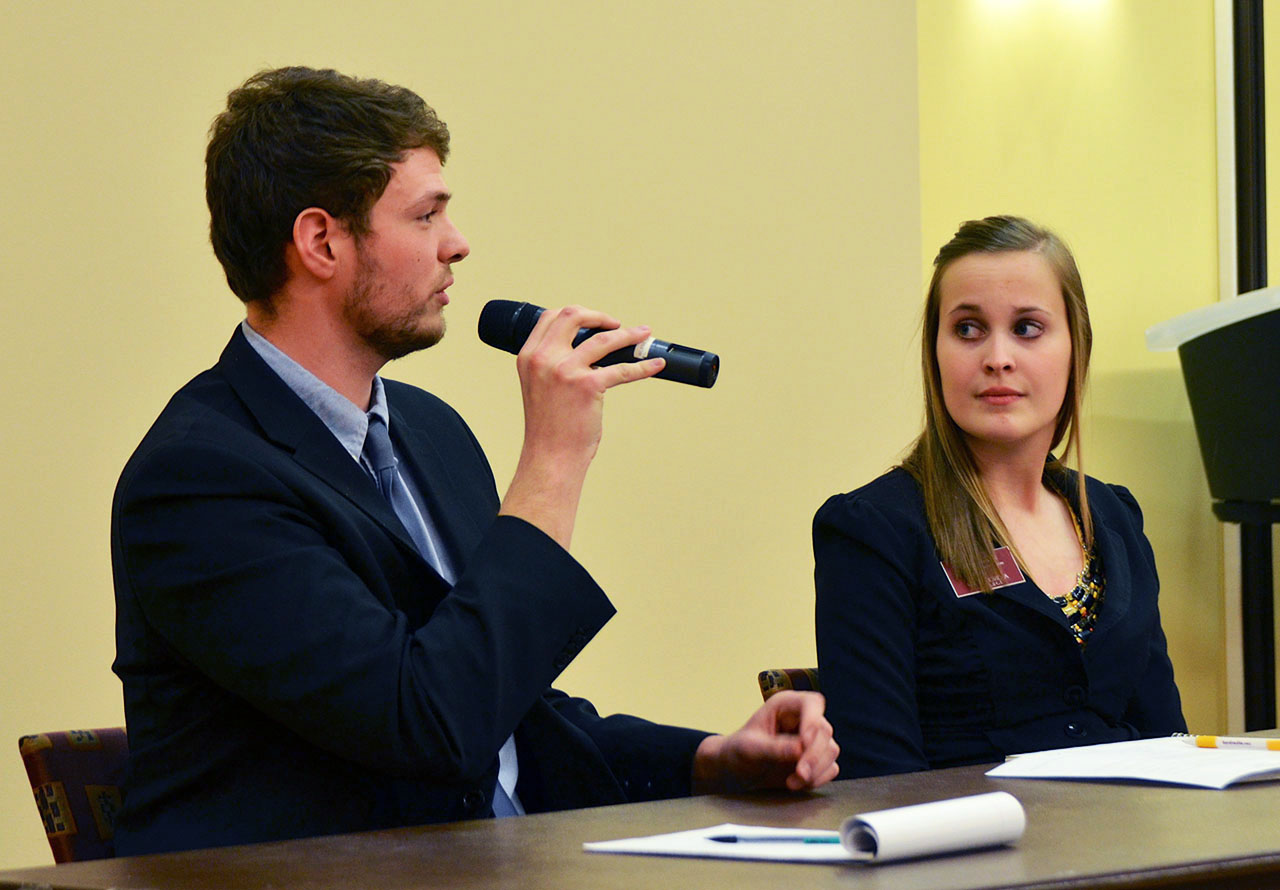 Alyssa Coop and Dan Remes have been elected SGA President and Vice President for the 2014-2015 school year.

On Tuesday students cast their votes for the next representatives of the student body at Concordia.

Coop and Remes won with 497 votes, and Zach Lipp and Carson Ouellette trailed behind with 267 votes.

Coop and Remes campaigned based on their attention to students’ voices. Their platforms included traditional issues on students’ minds like parking, extending building hours, and helping utilize their faculty advisors.

In addition to these, the newly elected team plans to increase the transparency of SGA on Concordia’s campus.

“Student government is a very valuable tool for students to use (to reach administrators),” Remes said.

Finally, Coop and Remes ran on a shared desire to empower student organizations. As members of SGA, both Coop and Remes served on Student Involvement Council, SIC, and hope to show students how they can get more involved with clubs and organized by tapping into available funding and resources.

Coop and Remes said they work well together, balancing out each other’s strengths and weaknesses.

While Coop is organized and detail-oriented, she said, Remes has a good idea of the big picture.

“Dan’s really charismatic and can really relate to people,” she added.

Andrew Carlson and Andrea Major will serve on the SGA Executive Team with Coop and Remes. Carlson will serve as Chief of Staff and Major as Chief of Operations.

Coop cites the team’s ability to reach all areas of campus as one of the reasons they won the election.

“Every student on campus should be able to relate to us,” she said.

It is no secret that the two teams competing for Concordia’s vote ran on contrasting platforms.

SGA President Levi Bachmeier summarized the different platforms by saying Lipp and Ouellette ran on issues concerning endowment and Concordia’s investments, while Coop and Remes looked at the traditional concerns of Concordia students and built their team from them.

“Everything about these campaigns (was) different,” he said.

Bachmeier and Vice President Matt Dymoke announced the results of the election Tuesday night in the Maize.

“We are very humbled to be able to serve in this capacity next year,” Coop said. “This is your student government and we’re going to invest in your voice.”