A day filled with giving back 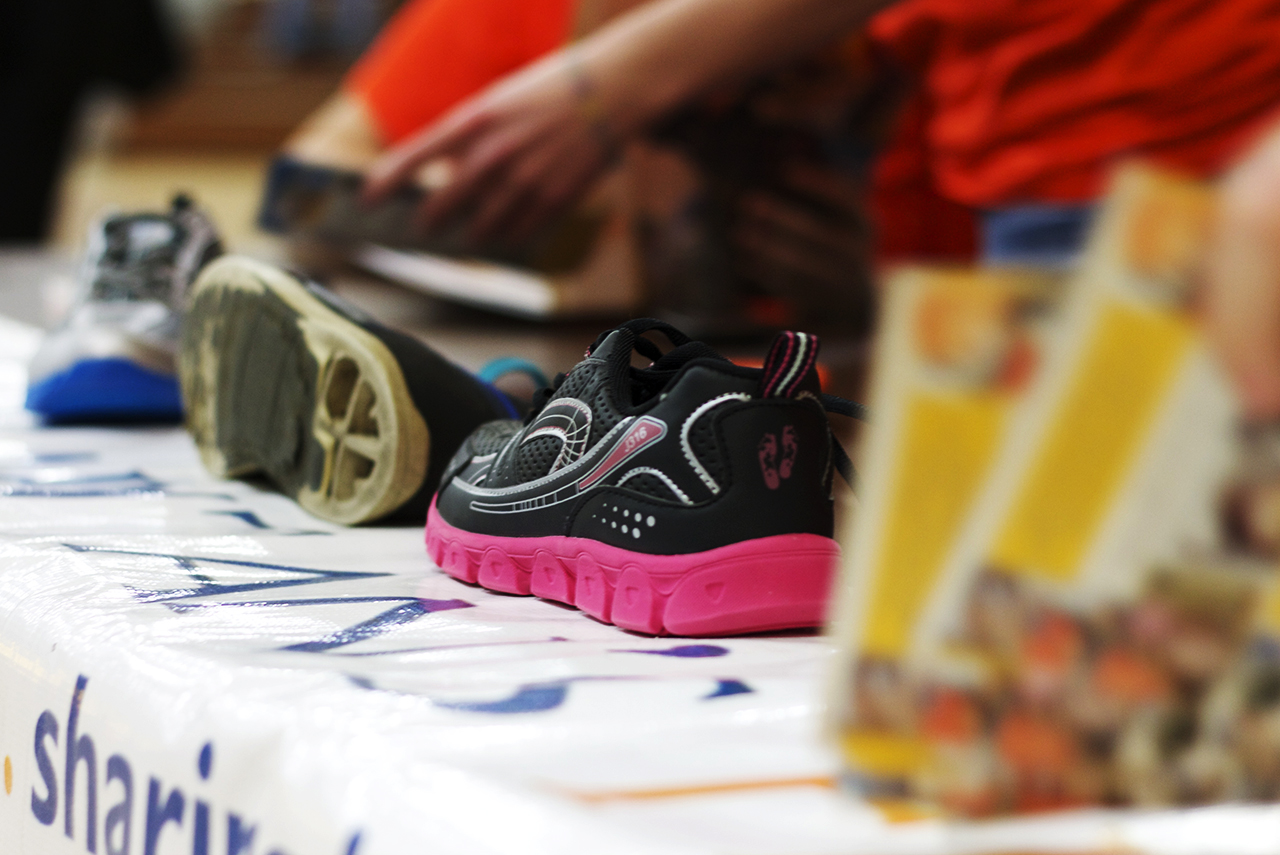 The Cobber women’s basketball team grabbed their nineteenth win of the season last Saturday in an exciting game over St. Thomas, 60-57.

The men’s basketball team lost to top-ranked St. Thomas, although they made a nice comeback in the second half, outscoring the Tommies 41 to 32.

While the two games were being played on Saturday, there were three charity fundraisers present: Samaritan’s Feet, Slam Dunk-Don’t Drive Drunk and the Kay Yow Cancer Fund for women’s cancer awareness.

Laetsch shared a story of when she was in college at Southwest Minnesota State University.

Laetsch was on the softball team, but she knew the assistant basketball coach Brad Bigler, who is now the head coach.

Bigler lost his five-month-old son in a car accident in which the driver was drunk.

Laetsch said that the story hit home for her because the type of tragedy happened to someone in a small community where everyone cared for each other. She was impressed with how the school and community were able to rally around coach Bigler and his family for support.

Laetsch sent a petition around to all the spectators who would receive a “Don’t Drink and Drive” sticker for pledging to not drink and drive.

Each person who signed the petition also received a raffle ticket to win many different prizes from baseball hats to golf balls.

Laetsch received over 200 signatures, and said that she was glad to raise awareness and offer a reminder to those about the problem.

”We hope that by raising awareness we may save a life in the future,” Laetsch said.

Before the game against St. Thomas on Saturday, head women’s basketball coach, Jessica Rahman, told an emotional story to the fans about her mom who had breast cancer while she was in high school.

“I was a senior in high school when I found out that my mom had breast cancer; it was during the middle of the basketball season,” Rahman said.

Rahman remembered her mom always being there to support her at her basketball games, even amidst her cancer treatments.

Coach Rahman was proud to announce that this year, her mom is 30 years cancer-free.

Rahman has always felt the satisfaction in the support of cancer, so she stressed the point of early detection in preventing the disease.

Samaritan’s Feet is an organization comprised of volunteers working together to serve those in need around the country and around the world.

It is a humanitarian relief organization that washes the feet of impoverished children in over 50 countries around the world, putting shoes on their feet to prevent diseases and infections.

Roughly 40 percent of the shoe distribution is to international countries, while the rest helps support those in the United States.

On Saturday, head men’s basketball coach, Rich Glas coached from the sidelines without shoes as part of the “Barefoot for Bare Feet” initiative.

Many high school and college coaches around the country have adopted this tradition over the past ten years all with the hopes of maintaining the mission of Samaritan’s Feet.

This fundraiser has provided significant support to the collection of shoes and funds. Many volunteers help to make this fundraiser a success, and on Saturday, several students from Campus Ministry Commission assisted Samaritan’s Feet with the cause.

The founder of Samaritan’s Feet, Manny Ohonme, was a Concordia graduate.

“It was special to spread awareness at Concordia especially because Manny started such a great organization,” Director of Development for Samaritan’s Feet, Graham Gibbs, said.