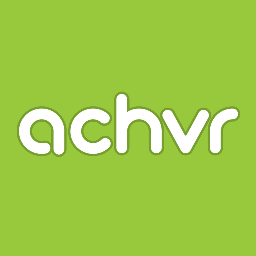 On my birthday in 2010, a hot air balloon landed in my grandparent’s field on their farm and after being rudely awakened, being forced to dress quickly, and racing across the yard, I was able to cross off “Fly in a Hot Air Balloon” on my bucket list. Ever since that day, I have wanted to add things to a list that by the end of my life, I could cross them all off.

Still proudly representing “living only once,” I try to find fascinating and interesting things to do in order to gain further understanding of the world around me. Now that I’ve done quite a few things, I can now use this brand new app that came out just last year.

Achvr is a free app that allows users to boast about their travels and life experiences while continuing to add more to it. It works in tandem with a website, which gives out different points for each activity completed. Flying in a hot air balloon was only ten points, which is the smallest and most common number applied to each activity. Other numbers are based on how advanced and available the opportunity may be. Being President is worth 5000 points.  After adding things you have done, those ten points add up pretty quickly.

Currently, I have 5,585 points, which might seem like I have conquered the world, but in truth, I haven’t done even half of the possible outcomes offered. You have a chance to add movies or tv shows you’ve watched, states you’ve visited, restaurants you’ve ate at, things you’ve made on your own, games you’ve played, music you’ve listened to, etc. There is so much to explore! I’ve received so many points but I still haven’t seen all of the options. Receiving many “achvments” unlocks special badges including the To Infinity & Beyond badge (watching several different Disney/Pixar movies) and the Once Upon A Time badge (reading a certain amount of books they have to choose from).

Another great example of this growing project is the growing atmosphere is shares. On the bottom of the page, like most other websites, it offers feedback. In the same terminal, it offers to submit suggestions to add to the list for other users. After I visited Bar la Grassa in Minneapolis this summer, I suggest every person in the world go to it so they can cross it off their list of things to do. When I tried to add it to my achvments, I noticed it wasn’t there. This website makes it really simple to click on the link and add my suggestion so others can say they’ve done the same thing. Three days after submitting it, the locale was available for everyone else to add it to their list as well.

In their “About Us” page on their website they include a video that sums up their work that they’ve done since 2012. Since this is such a new social networking system, it’s still in its beginning stages, but has such a bright future. At the end of last year, they sent their product into a beta testing, only soon after they raised $1.25 million in order to do so.

One of the better uses to this app, is the mobile version. When you become friends with someone, you are able to view what your friends have done and what they still want to do. When this does happen, if you turn your phone to the side, it gives ratings in comparison to what each of you have added to your list of things you’ve achieved. It shares how many completed things you have in common, what things you have both added, and the different badges each of you have completed. It becomes fun when you just ask your friends what you want to do this weekend and they respond with what you each have in common.

I’ve been using Achvr ever since I downloaded it and I find myself addicted to it. Not only does it make me feel like I’ve done something with my life so far, Achvr helps me to continue to add things to the list of possibilities that I can do for the rest of it. It’s the new social network for those who will stop at nothing to do everything. This app/website deserves 5 out of 5 stars because it’s entertaining, provides a person with self-purpose, and allows the person to participate in the world around them.