An Enlightening Souvenir: The HILT brings the Everglades back to Concordia 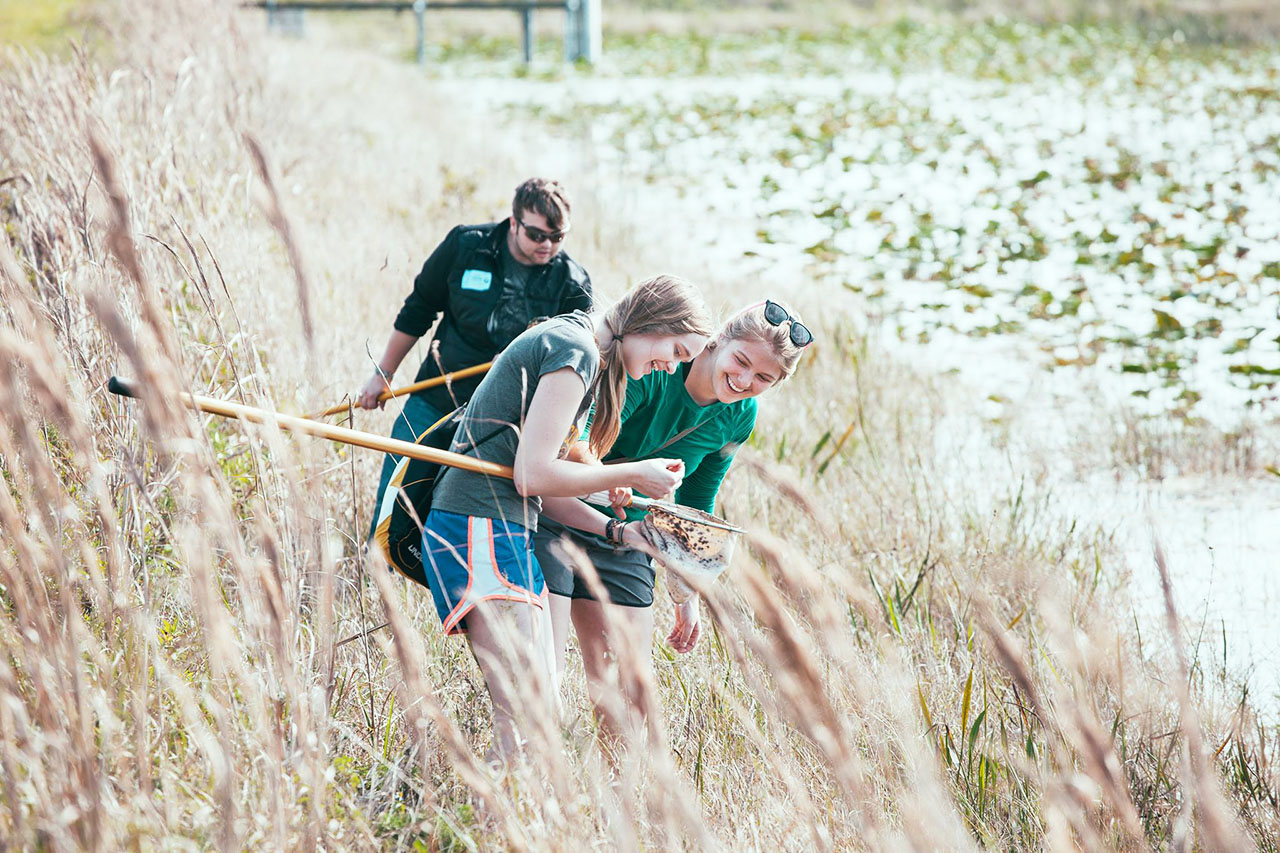 Some winter-sick college students may have spent spring break lounging on the beaches of Florida, but members of the High-Impact Leadership Trip returned with more than bronzed bodies.

The HILT is an annual student-organized trip that targets locations of social, economic and environmental struggle. This past spring break, 18 Concordia students packed into two vans and trekked nearly 2,000 miles to the Everglades, where they studied issues surrounding Florida’s delicate ecosystem.

Courtney Backen, a junior political science and English literature major, describes the objective of the HILT.

“It’s about educating the students that go and educating the community when we get back,” Backen said. “A lot of people are [going to] go to Florida because of Disney World or because of the beach – I think it’s important for people to see Florida sort of uncovered.”

Backen, along with Kelly Knutson and John Amundson, were the student leaders of the trip planning the itinerary.

HILT members experienced and studied the Everglades while discussing the social and environmental concerns of Florida’s shrinking wetlands. Upon their return, goers of the HILT presented the trip’s purpose and discussed Florida’s environmental issues with the general public.

Knutson, an environmental studies major, went on two prior HILTs: In 2012 he departed for Kentucky to study mountaintop removal and in 2013, he researched an organic food movement in Oregon.

“Due to large impact HILT has had on me,” he said, “I wanted to further this experience so that others may have the opportunity to find their calling and passion in similar issues too.”

Knutson shares his logic behind choosing Florida as this year’s HILT destination.

“The Everglades, and even Florida as we know it, may cease to exist – the damage is evident. [The climate change] requires urgency in addressing,” he said.

Linden Jensen, a student who partook in the HILT, said that the Everglades now constitute part of the land where people live and have jobs.

“If we restore the Everglades, a lot of people are going to lose their jobs,” Jensen said.

Amundson, an environmental design major, gives an outline of the itinerary, starting with two nights of camping in the Everglades National Park.

“Students and I got to see what it was that was such a big deal,” Amundson said. “Historically, [the Everglades] were all that Florida was…a big river of grass.”

After experiencing the Everglades first-hand, the group headed to Miami to meet with several organizations related to the Everglades, including the Florida International University, the Southern Environmental Research Center, the Deering Estates and Loxahatchee Impoundment Landscape Assessment.

Stephan Grollman, a German language professor, accompanied the HILT as a faculty advisor.

“The itinerary was very ambitious,” Grollman said. “I was afraid the students wouldn’t be able to handle it all. But the students had amazing energy.”

According to Amundson, students also met with the Creative Learning and Engagement Opportunities institute (CLEO) where they received training on engaging the general public in climate change issues.

“It’s really a whole other language; what the scientists are talking about,” Amundson said. “[The CLEO institute] put climate change into simple terms.”

Amundson claims this training will help the HILT members convey their findings to the Minnesota public.

HILT member Jesse Partee said that the problems of climate change and the difficulties that affect the Everglades are not just prevalent in that area.

Members of this year’s HILT will hold a “Climate Leadership Worksop” on Wed., March 26, at 7:00 p.m. The location is TBA.

As veteran HILT member, Knutson explained some of the strategy used to select HILT members for the trip.

“Multiple factors go into choosing participants,” Knutson said. “Our aim was to have a diverse pool of majors to bring different perspectives. [Amundson, Backen and I sought] individuals who seemed eager to become engaged.”

“You don’t have to know a lot about the subject to do a HILT,” Amundson said.

Backen describes the funding responsible for powering this HILT.

“We received a grant … through the Student Government Association’s sustainability fund … that paid for most of the students’ fees,” Backen said. “Each student paid a $100 fee to go.”

Knutson summed up his feelings toward HILTs.

“If a HILT is designed correctly, an individual cannot simply walk away without being changed in a positive manner,” Knutson said. “It truly leaves a lasting impact.”