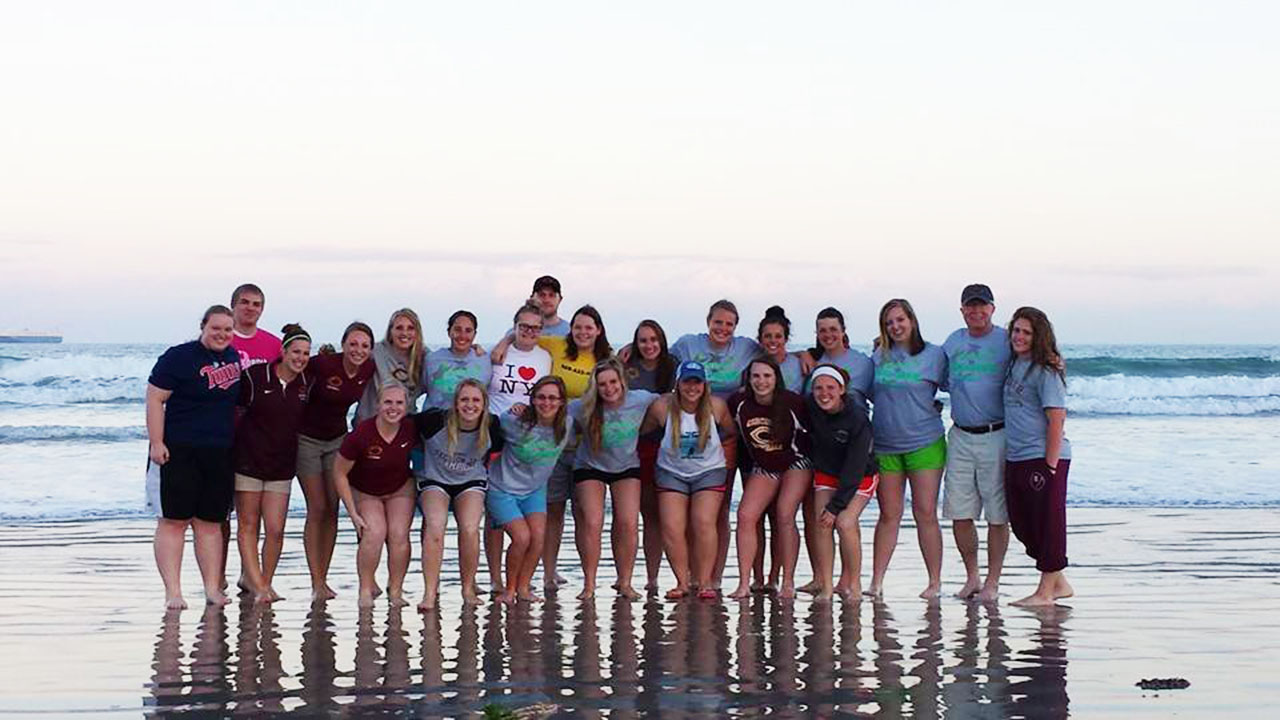 The Concordia baseball and softball teams spent their spring break competing in Florida.

Their trips were both a team building experience on and off the field.

“We swung the bats really good. We pitched it really good. What we didn’t do well overall is play defense,” head coach Bucky Burgau said.

Phil Kuball was the leading hitter on the trip with a batting average of 4.55. Burgau was pleased with the pitching as well.

“We had a lot of guys who hit the ball really good but Phil was the leader of the pack … Bryce Feia and Shawn Krueger did a nice job from the mound,” Burgau said.

The team had one day of the trip without any games to play. On their day off they were still focused on baseball.

“The highlight of our trip was obviously hanging out with the Phillies on (that) Wednesday,” said Shawn Kruger, a senior on the team.

Assistant coach Chris Coste played with Phillies previously and was able to get the Concordia team to watch their batting practice, meet some players and have a practice on one of the Phillies major league facilities. This is how the team spent their free day.

This whole trip was a success in the eyes of Burgau and Kruger.

“Overall, I think we improved as a team as the week went on and we certainly came back a better baseball team than when we left,” Burgau said.

The softball team was able to bring their whole roster to Cocoa Beach, Florida from Feb. 25-March 4, 2014.

“We wanted to go down there and be very competitive. We wanted to win some games,” head coach Mike Reese said.

The team did just that winning three of the eight games they played that week. There were many things Reese was happy with about the weekend. He saw their batting as one of their only obstacles.

“If we could have done one thing better it would have been hit the ball more frequently,” said Reese.

The players and coaches enjoyed being able to get outside and put their many hours of practice to the test.

“For me the highlight of the trip was definitely the games we were able to play. Getting out on the field to see where we are as a team…plus being out in the sun on a real field was great,” Jessica Speicher, a senior captain on the team said.

Overall, Reese was happy with how the trip went.

“I’m really proud of the women with their attitude and they played hard and they came together as a team,” Reese said.

Building team chemistry seemed to be an important aspect on both of the teams’ trips. Seniors from both teams felt that team chemistry was improved on and off the field.

“I feel that this trip and the chemistry that we built will only make us a better team in the future,” Kruger said.
“Whether it was the van rides, hanging in the condos, or going down to the beach we got to learn more about each other and have a great time,” Speicher said.

This trip gave these two teams the opportunity to be able to play outside after practicing inside for so long. It also gave them an opportunity to play teams from different parts of the country that they don’t usually play.

Both trips were a success and the teams are looking forward to their next opportunities to play ball again.