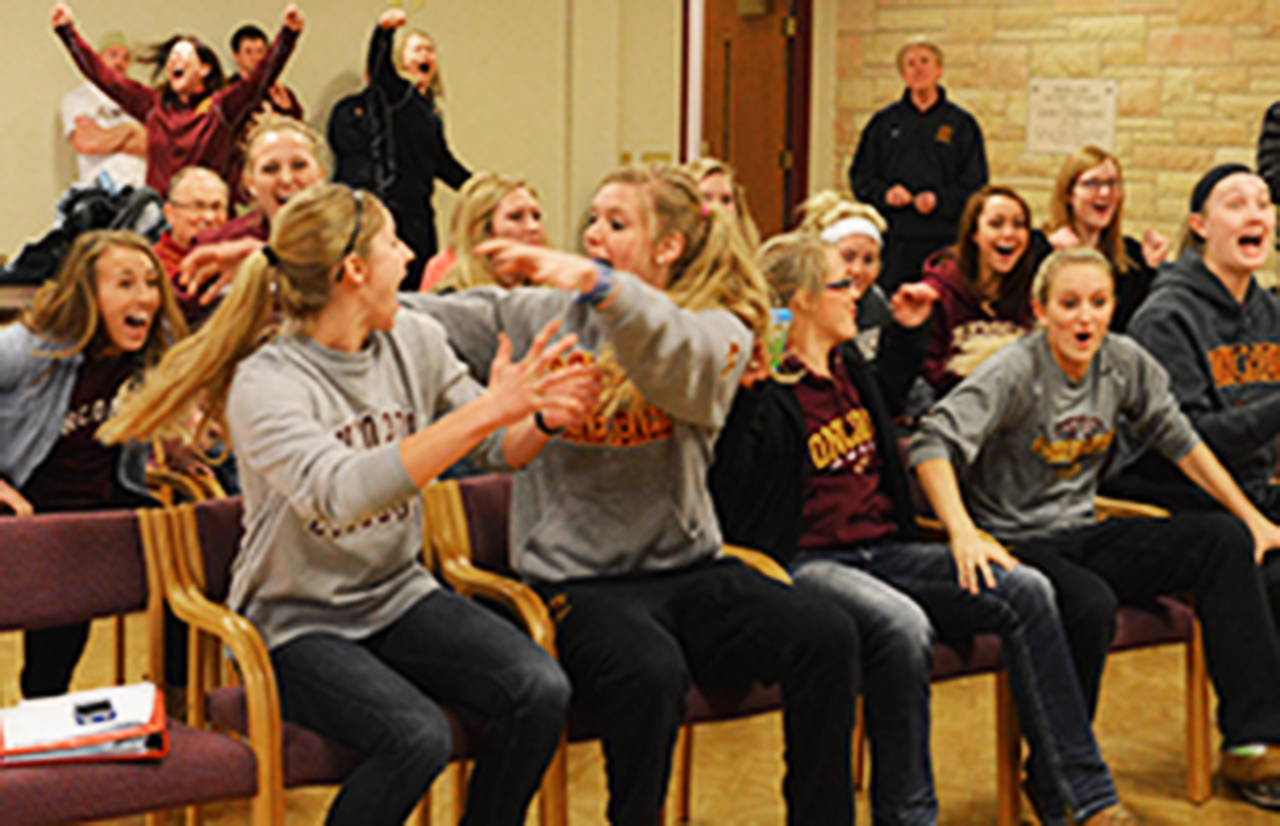 Concordia’s Women’s Basketball finished off their season by making it to the NCAA National Tournament.

“We set goals at the beginning of the year and being in the National Tournament was definitely one of them,” said head coach Jessica Rahmen.

The Cobbers lost in the semifinals of the MIAC tournament. The winner of this tournament automatically makes it to the National Tournament. Other teams get invited to the tournament based on other factors such as the strength of schedule and record.

“We were on pins and needles for about three days waiting to hear,” Rahman said.

The team gathered together to watch the results of the tournament bids. When the bids came out, they were on the list to proceed to the NCAA National Tournament.

The Cobbers had more than 20 wins this season and beat St. Thomas twice. These factors contributed to their invitation.

“It was really exciting when we found out, but there was a lot of stress leading up to it,” Alex Lippert, a senior captain on the team, said.

Wisconsin White Water was the team that Concordia was matched up to play in the first round of the National Tournament. This team had placed second in the National Championship game the previous year.

“I know going into (the game) the coaching staff and team felt like we could be very competitive,” Rahmen said.

St. Thomas hosted the game on March 7. Both teams were very similar in their styles of play. The Cobbers were in fact competitive but ended up losing 79-72.

“The kids, I thought, really responded well to the challenge and they played very well. I am very proud of them,” Rahmen said.

Now that the underclassmen have had an opportunity to go to the National Tournament, Coach Ramen is hoping that it will be a great motivation to keep working hard to make it next year.

The Cobbers had a very successful season overall.

“I think you need that teamwork aspect of it in order to be successful. You definitely saw the senior leaders keep that idea going,” Rahmen said.

The senior captains are also proud of their team.

“We grew so much as a team. We were really well balanced. Anyone could be the leading scorer on any given night,” Lippert said.

Improving every day, growing together as a team and becoming like family to each other were some of the team’s goals at the beginning of this season.

“I think we definitely improved just by coming in and working hard everyday. We were able to see improvement from game to game,” captain Kelsey Walloch said.

When asked what they would miss most about their basketball careers at Concordia, both Lippert and Walloch responded that it would be their teammates.

“Being a part of a true team is something you won’t ever really experience after college,” Kelsey Walloch said.

The Cobbers ended the season with a record of 21-6 and many individual awards they were proud of.