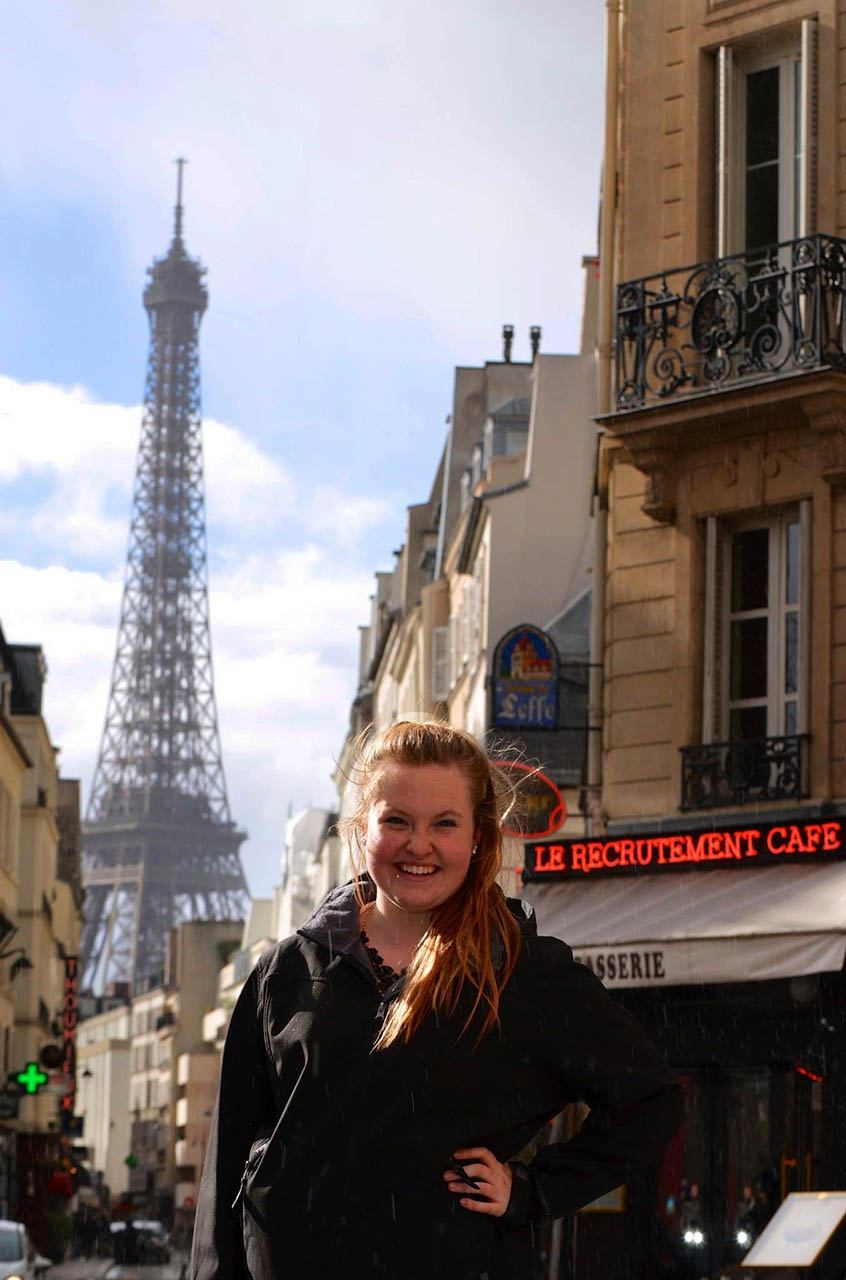 After a morning visit to the Louvre, several of us stopped for lunch at Restaurant Voltaire, which serves varieties of sandwiches on hard baguettes, along the river. We filled up on baguettes and cokes and discussed our next plan of action. The desired destination was the Eiffel Tower. The route to arrive was going to be adventurous.

Our professor told us the fastest route to access the Eiffel Tower would be to follow the river for a few miles, then take a left at the Arc de Triomphe, the memorial Napoleon Bonaparte erected upon his capture of France, but we were in no hurry. We decided to take the back roads and get to know the heart of Paris.

The day was sunny and the puddles from the morning showers were starting to dry. As we passed Le Musee D’Orsay, the museum dedicated solely to paintings from the Impressionist Period, we encountered three armed guards on a routine patrol. The light bounced off their semi-automatic weapons.

As we entered the Latin Quarter, known for a high density of shops, we passed dozens of food vendors. The greek gyro stands had entire lambs on a spit, spinning in the window and enticing you with freshly cooked meat. The patisseries packed their windows with homemade glazed tarts, chocolate eclairs, macaroon and fudge. We spent fifteen minutes passing food alone.

After winding a few miles in the neighborhoods, the tower was finally fully in view. Our pace was lazy; the walk had taken nearly two hours. We stopped directly across the street from the Eiffel Tower’s north end and glanced up. It extended upwards and disappeared into gathering clouds. As we glanced up, a light rain began to fall, but the sun remained shining. The tower blurred as we approached, our heads tilted back to catch memories and raindrops.