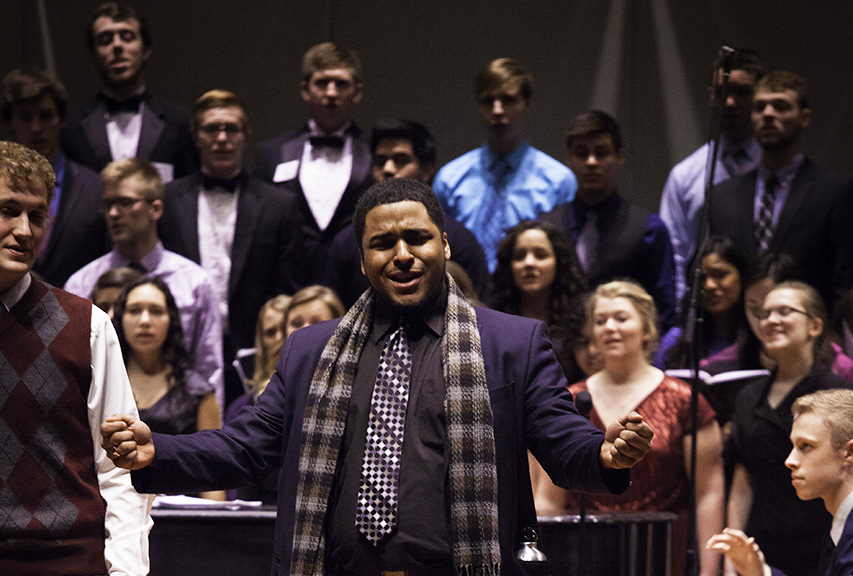 After a four year undergraduate career, senior Chris Kenney is topping off his list of accomplishments with a full ride to the University of Kentucky graduate opera program, with an additional $12,000 stipend each year.

The competition was hosted and funded by Alltech, a privately owned company dedicated to agricultural engineering.

“The CEO (of Alltech) is a great supporter of the arts and singing,” Kenney said. “He donates half a million dollars to this competition each year.”

Kenney said it is pretty convenient that he won a full ride to his top choice.

Concordia faculty encourage students interested in professional singing careers to attend graduate school. When considering where to audition, Kenney considered programs that would help him find a job in opera following graduation.

Kenney said that University of Kentucky was his first choice prior to competing because the voice program there is small enough to prevent him from getting lost in the crowd.

To prepare for audition, Kenney had four pieces prepared: one aria (a lyrical solo often displayed in operas), two art songs (classical songs that are written for a solo voice) and an additional song in English.

“My category had eight graduate students,” he said. “Everyone sang two songs, and they chose the winner on the spot.”

Kenney is used to competing in singing competitions in Minnesota and North Dakota and has a ritual to stay focused during performances.

“You have to be in the moment and not let the pressure get to you because you will succumb to it,” he said. “Don’t take yourself too seriously.”

Kenney said that his voice professor at Concordia, Peter Halverson, has been there for the entire audition journey, both through weekly lessons and supporting him in person at several auditions over the past few years.

“He tells me to know my stuff, stick to my practice and have fun,” Kenney said.

Kenney also credited his time in The Concordia Choir for his success.

“Dr. Clausen teaches us to connect with the audience. If there is no connection, the music fails.”

Kenney is determined to maintain his connection with Concordia throughout his career.

He plans to accept the Alltech scholarship and will study opera at the University of Kentucky this fall.