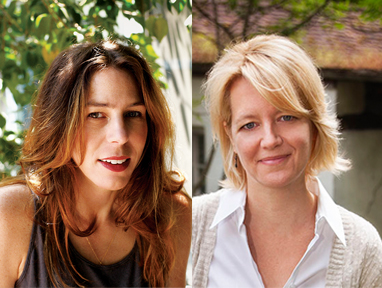 Once each year, the people of Concordia College gather together to talk about the best books in the nation.

The occasion is the annual National Book Awards at Concordia, which this year will bring acclaimed authors Rachel Kushner and Wendy Lower to campus. The authors will be on campus this week to participate in a Thursday night reading and conversation hosted by National Public Radio’s Lynn Neary, along with other appearances.

Both authors were finalists for National Book Awards in their respective categories; Kushner for her novel “The Flamethrowers,” and Lower for her book “Hitler’s Furies: German Women in the Nazi Killing Fields.”

Scott Olsen, an English professor who aids in planning the event each year, said its goal is to “spark conversation on campus,” about the ideas addressed within the year’s books.

“We’re interested in not only who won…” Olsen said. “(But) in who would be a good guest for the college…we try to think what’s timely, what would be good for the college to talk about.”

It was Olsen who first conceived of the event.

“I was looking at the Peace Prize Forum, which we share with another school,” he said. “And I thought, ‘Well what could we do that would be distinctively Concordia’s?’”

Tracey Moorhead, senior associate to president Craft, and Dawn Rude, an event coordinator for the college, handle much of the planning for the event along with Olsen.

Moorhead plays a substantial role in choosing each year’s authors with Olsen and accompanies him to the banquet where the winners are announced in New York City.

Moorhead said she and Olsen “pay attention to personality of the author, the focus of the book, and interest that may have been shared with us by individual faculty members” when deciding which finalists to reach out to.

The National Book Foundation published a “longlist” of 10 books in each category in September of last year, which meant deciding which authors would come to campus required a lot of reading, according to Moorhead.

“I started gathering books and reading as soon as the longlist was published and concentrated on the finalists when they were announced in October,” Moorhead said, via email.

While here, Lower and Kushner will conduct master classes in a few classrooms chosen by professor request. The master classes are one way the event gets non-English major students engaged, since each year’s books often address diverse topics, according to Dawn Rude.

For Olsen, involving the Concordia community as a whole in a large-scale discussion of art is the most important part of the event.

“These are the very best books to be published in the United States in the last year,” Olsen said. “And we don’t bring them here to put them on a pedestal way off in the distance; these people come to meet in classrooms with students, to sit down and say, ‘here’s my work; this is how I do it, this is why I do it.’”

Until this year, Concordia was the only school to have a partnership of this kind with the National Book Foundation. Sam Houston State University in Texas will soon be inaugurating a similar event.