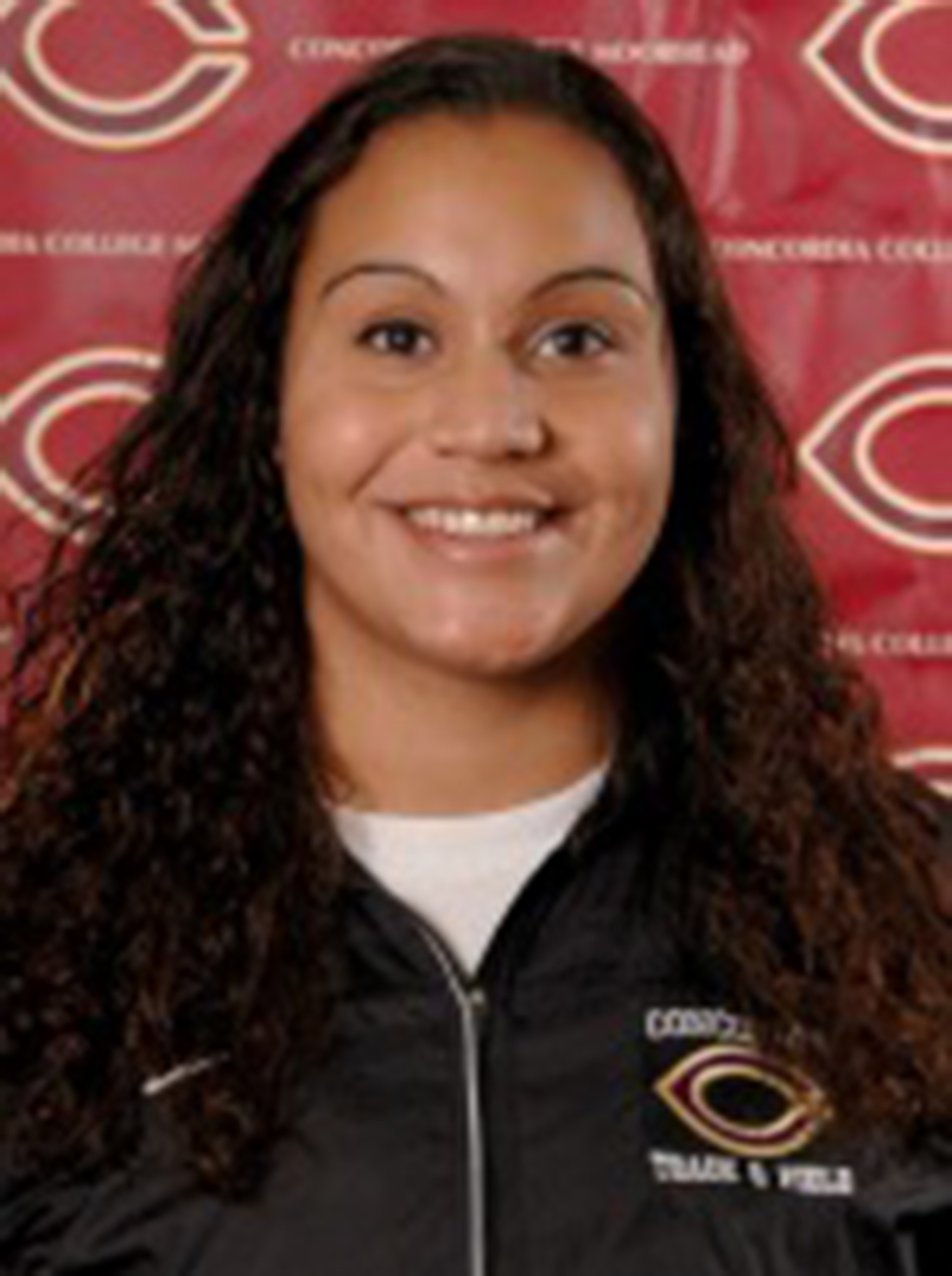 The Concordia Track and Field team sent two of their athletes to the NCAA National Indoor meet. Cherae Reeves went for shot put and Hilary Thompson went for triple jump.

This is Reeves second visit to the Indoor national meet. Reeves says that making it to the meet last season motivated her even more to make it again this season.

“Seeing all these people who are really good at what they do…You want to go back and experience it as much as you can,” Reeves said.

Last season she placed fourth. This season she showed improvement by placing third and earning her third straight All-American award.

Reeves comments on the atmosphere of the national meet.

“It’s different in the fact that everybody is so good at what they do that it’s an automatic next level on the seriousness. There is more (focus) on what you need to do to do well,” Reeves said.

Reeves threw a personal best to make it into the tournament.

“I didn’t even realize I did it until they marked it. It felt great. It felt like all my hard work from this season paid off,” Reeves said.

Reeves also broke the school record previously held by Kris Kuel. Kuel went on from Concordia to be an Olympic athlete.

Reeves was accompanied to the meet by triple jumper Hilary Thompson.

“It’s a good way to get to know a few other people on your team if they make it. It was really nice to have (Thompson) around,” Reeves said.

Thompson made it into the national meet at the MIAC meet, the last one to qualify at.

“It was really exciting to make the indoor national meet. I had qualified for the outdoor meet twice before so to finally make it indoor really exceeded my expectations,” said Thompson.

Thompson also broke a school record at the MIAC meet.

“She had this look on her face like she thought they’d miss-measured it. I think it felt so easy to her,” said Roeske.

Both Cobber athletes have improved from season to season.

“I think what (Reeves) learned to do in the last year is throw well under the higher pressure situations where she is the favorite and everyone is looking to her,” Roeske said.

“(Thompson) has done a good job of now having to be the leader of the group,” Roeske said.

Roeske is very proud of his athletes and is looking forward to seeing what they bring to the outdoor season.

“I think they are both poised to have pretty outstanding outdoor seasons, it’s pretty exciting,” Roeske said.