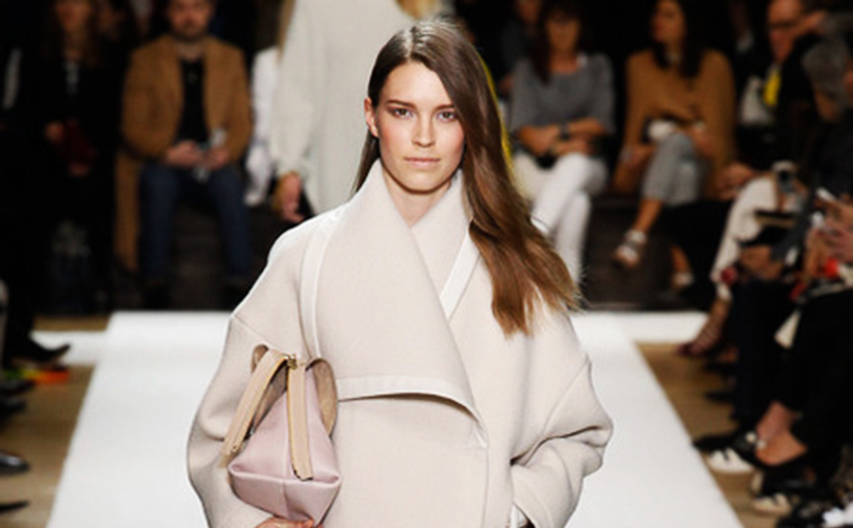 Eliza Hartmann, who graduated from Concordia with a biology major last December, decided to pick everything up and move to New York City to try her hand at modeling.

And so far it has worked out.

Hartmann moved to New York in January and a few days later she signed to Fusion Models.

“I went to an open call with them two days after I got here and got offered a contract,” she said. “I just went to this open call to see what people wear and bring.”

Since then, she has been spending most of her time training and developing her portfolio.

And then there was Paris.

Hartmann met with a casting director shortly after going to New York. The director liked her, but she did not have enough experience to walk in New York.

But she could walk in Paris on March 2. Her agency had told her she would be going to Paris but then called again to say she would not be going.

The next day, they called again.

“I was at the airport three hours later,” she said.

Once there, she worked with members from “Chloé,” a French fashion company and was confirmed to walk the show at midnight the day before.

The day of the show, she was taken through hair and makeup and shown the runway. Soon after she was dressed and ready to walk.

“I didn’t even totally realize that the show had started,” she said. “I heard the music going and then all of a sudden a model is coming back like she’d already walked…I didn’t really have time to be nervous.”

Since she has been back in New York, Hartmann has continued developing her work. When she is not busy, she spends most of her time with her aunt and uncle.

Hartmann’s aunt was the one who told her to move to New York. Her aunt mentioned coming to live with her and to pursue modeling to Hartmann’s parents in July. When Hartmann graduated in December, she decided it might be time to pursue it, knowing that graduate schools do not start until the fall anyway.

Since moving in, Hartmann has bonded with a family she otherwise would not have known as well.

“My aunt is so much like me it’s kind of crazy, (because)…I didn’t know her growing up,” she said. “We laugh at all the same things.”

Hartmann said that it is a great thing for her to connect with family. She has not been on the look-out for new friends because she is having so much fun with her family.

One of the hardest parts about being away from home is missing her family, she said. Her grandma is concerned she will get spoiled, but she said she will not forget where she came from.

Biology Professor Laura Aldrich-Wolfe was particularly close to Hartmann during her time at Concordia. Hartmann was a biology major and a research student.

Aldrich-Wolfe said Hartmann is very down to earth and has her feet on the ground.

Hartmann said the spontaneity of the industry is also difficult for her to handle.

“I get my schedule the day before so I’m like, I never know when I’m going to be busy,” she said. “I like to have things planned out way in advance, and that’s been kind of rough to adjust to.”

Growing up, being a model was not on Hartmann’s radar of what she wanted to be when she grew up. She went through a phase of wanting to be an olympic swimmer.

Next she wanted to be a national park ranger. And that is still a goal for her.

Grad school is still in sights for Hartmann, but she is going to see where modeling takes her first.

“I’ll have some income and be able to start grad school on the right track when I do go back to that,” she said.

For now, modeling is still new to her, and she is getting used to it. She spends most of her time networking and meeting new people even if she is not being paid to work everyday.

“It’ll be worth it for a while to be doing this.”