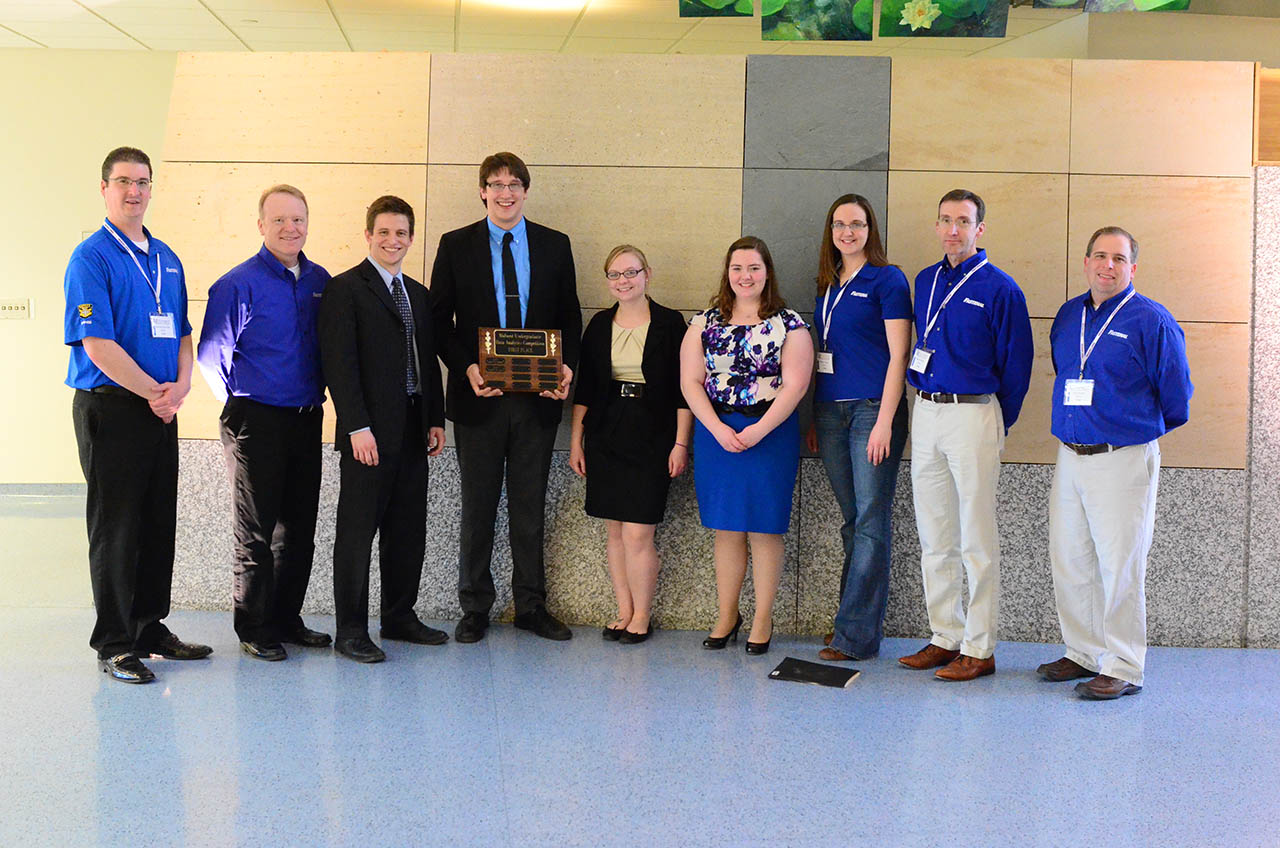 The MUDAC takes place at Winona State University in Minnesota, and colleges of the mid-western area may enter up to two teams of 3-4 students. Since the first competition in 2012, Concordia College has participated twice, once in 2013, in which they took third, and this year, where they took first.

The MUDAC has worked in cooperation for the last several years with Fastenal, a Winona-based company specializing in fasteners, tools, safety equipment and other industrial products. Fastenal provided the MUDAC teams with real-life sales data, allowing them 24 hours to analyze the data, create projections of that data and present to a panel of judges, many of whom were executives of Fastenal.

Students were provided with a single computer and no contact with any outside sources except for three 15-minute conversations with their faculty advisor, John Reber, who could not view the data.

“I was impressed by how thoughtful [the students] were,” Reber said, an assistant professor in Concordia’s math department. “I think some of the other schools used off-the-shelf solutions. But these types of problems can’t be solved by traditional means.”

Reber also mentioned the excitement and energy of the students, who received about two hours of sleep each. Reber had the luxury of being able to get a good night’s rest between team visits.

However, the students give Dr. Reber more credit than that.

“We just want to thank Dr. Reber for letting us participate,” Frentz said.

Dukatz describes Concordia’s math program, which does not offer a statistics major, unlike many of the schools present at the competition such as Iowa State, Winona State and University of Minnesota-Duluth. Iowa State even offered a one-credit seminar to prepare for the MUDAC competition.

“We were one of the only liberal arts schools there,” Twohy said. “I think what allowed us to win was our ability to put the data into understandable terms.”

The students explain their presentation, where they projected several courses of company action and the supposed outcome of those decisions. The judges appreciated the “if-then” method of approach to the data.

Besides Fastenal, other corporate giants such as Medtronic and The MAYO Clinic witnessed the presentations.

Menth said representatives from several companies approached the students after the competition, asking them what their future work plans were.

“They were basically offering us jobs,” Menth said.

Reber suggests the MUDAC holds a great deal of opportunity for students to find jobs and network themselves to serious companies.