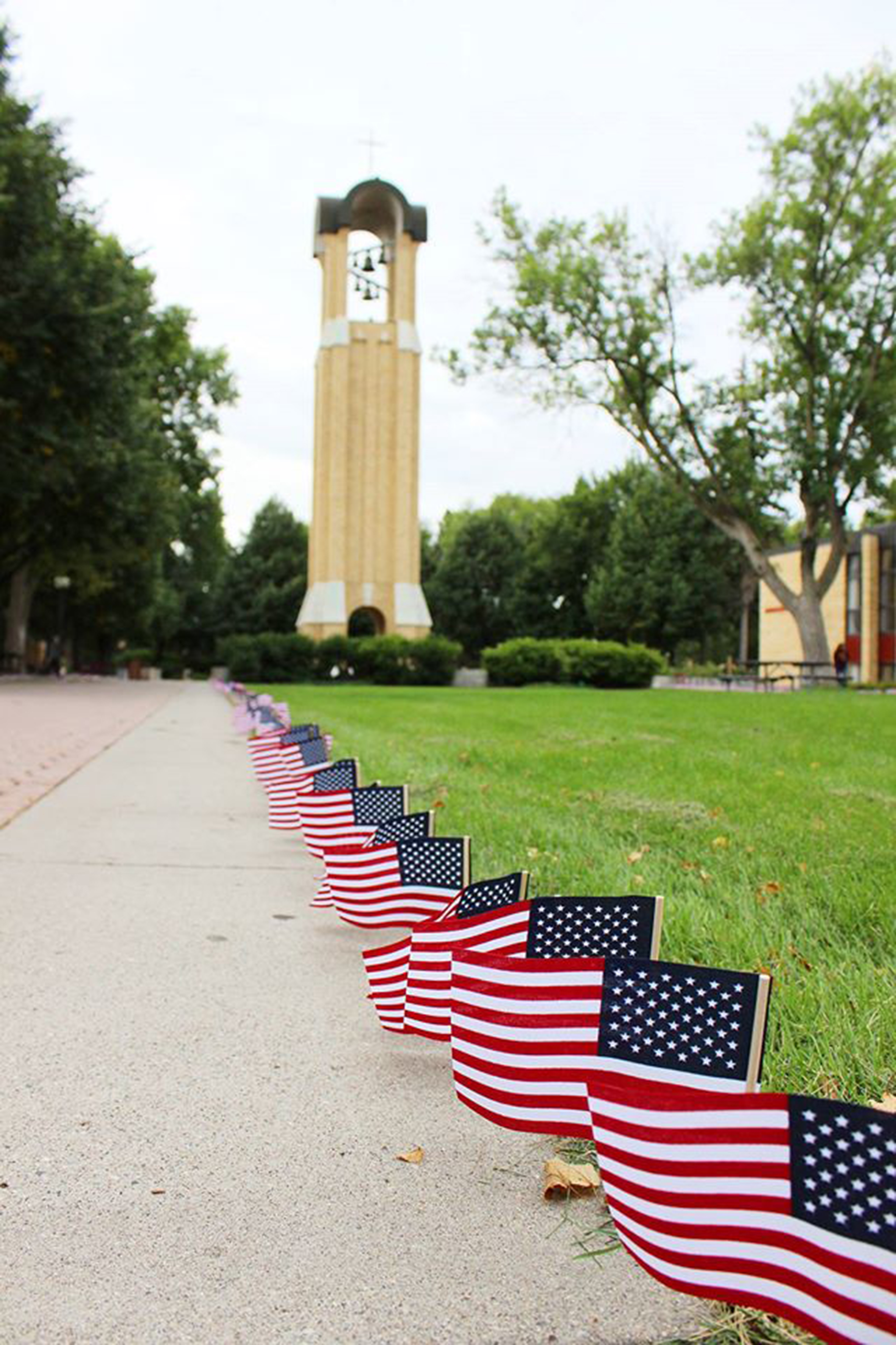 The seats in the Centrum filled to capacity this past Thursday night. Some students were laughing and socializing with friends. Others sat in silence in preparation for the somber presentation.

For the first time since 2002, Concordia held a September 11th memorial service, hosted by campus’ College Republicans. The theme of the evening was, ‘Where Were You?’

Nate LaCombe, President of College Republicans started the planning process in July. According to LaCombe, we have a duty to remember those who died in the attacks. When he was elected President, he had the passion to host the event.

“It affected you,” LaCombe said. “It changed your life. That’s the thought process behind the event.”

The event focused on four speakers. Each shared a personal story of where they were during the attacks on September 11, 2001. Among the speakers were Larry Papenfuss of Concordia’s Office of Advancement, Johanna LaCombe, Eric Johnson of Concordia’s Alumni Relations office and David Pietruzsa.

Mr. Pietruzsa is a resident of New York City and was a witness to the removal of the victims from the rubble following the attacks.

Pietruzsa shared a personal account of the months leading up to that day and about the aftermath. As a resident of New York City, he shared stories of the months afterwards and how citizens reacted.

Larry Papenfuss shared an account of a woman who died in the attacks. Johanna LaCombe spoke of her father going missing that day in the Pentagon. Eric Johnson spoke about working as an attorney in the Minneapolis area attempting to arrest one of the possible hijackers.

LaCombe also saw this event as a chance to prove the bipartisanship of College Republicans.

“Historically, College Republicans is the group everybody laughs at because this is a liberal campus,” he said. “Republicans don’t have to be partisan and arrogant. They can work together on things. As a young republican, it’s a good way to show that it’s not about us.”

According to LaCombe, his vision since July was people would stop to remember and realize the impact the events of Sept. 11, 2001 has on us still today.

“I want people to be more together after this,” he said. “I want people to see how impactful it’s actually been; to remember those 2,977 people. This was a person with a name. Not a number.”

According to LaCombe, the attacks on 9/11 still have an affect on modern politics and the way the United States looks at foreign policy.

“Look at the world. Look at the Middle East. Look at our government. It does affect you and so much of what happened that day is still affecting you.”

Along with LaCombe, Pietruzsa’s desire is for students to remember.

“A lot of people have forgotten. God bless you for being here tonight.”

The evening ended with a reflection video. The people in attendance sat in somber silence and left in the same manner, heavy with mourning for people they have never met.