‘Around for a long time’ 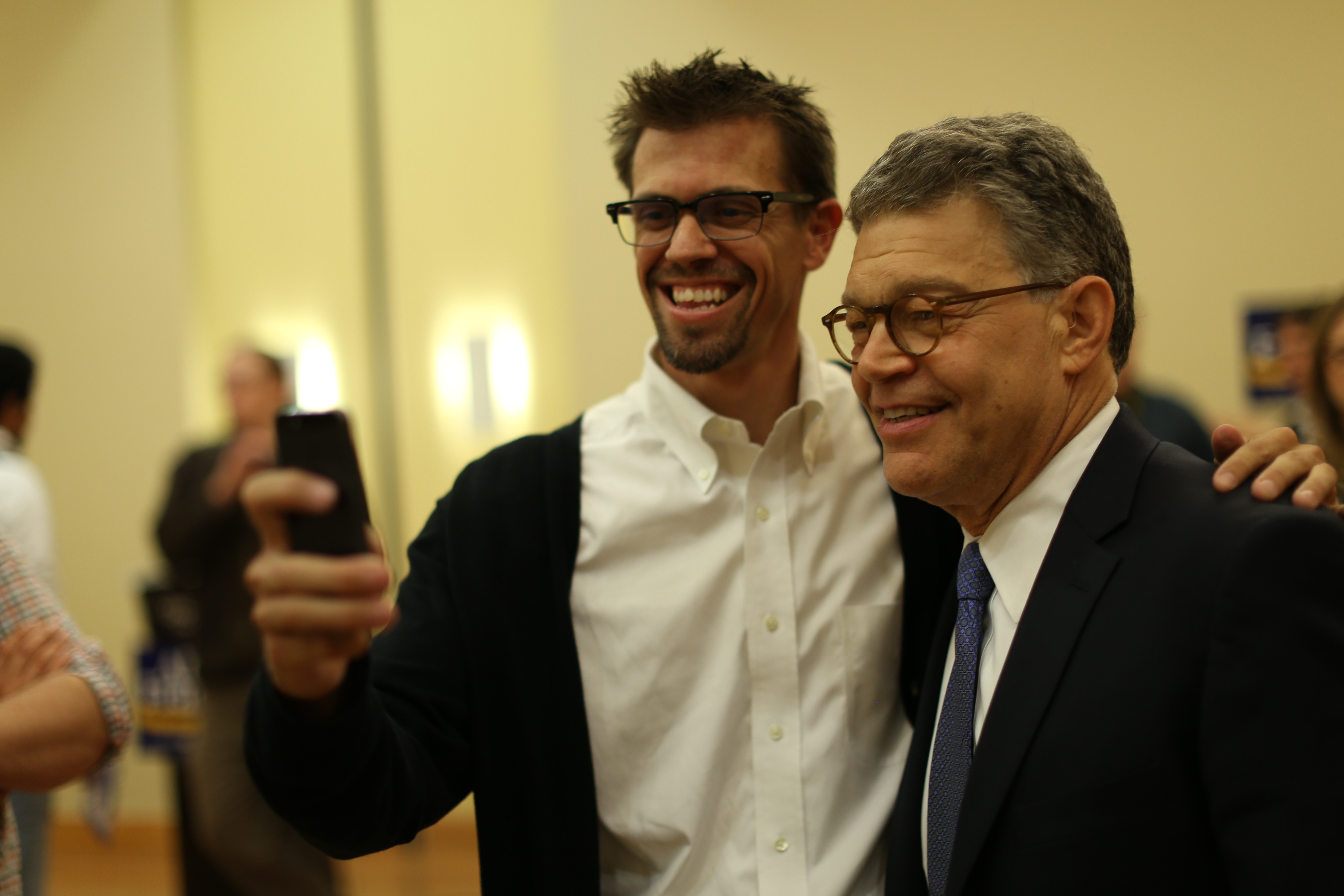 Senator Franken focuses on cost of college, among other topics during visit to Concordia

In a room teeming with student supporters, and a plethora of blue and yellow campaign signs, Sen. Al Franken took to the stage Monday afternoon to address the students of Concordia.

“I want to congratulate the person who has their entire life planned out,” Franken said. “Because as college students, I am sure you won’t know where you’ll be in the future. But I know you’ll be around for a long time.”

But Franken also focused on issues prevalent to college students. In his speech, Franken spoke about the cost of college and net neutrality.

“We want the people of Moorhead to create the next YouTube,” Franken said. “Without net neutrality, that won’t be possible.”

With the rising cost of college, Franken said he wants students to know the true cost of college before they think about applying. He is also looking into ways of reducing the debt incurred by students when they take out loans for college.

“When college is going to cost more, students need to know that,” Franken said. “People can refinance mortgages and car loans, why can’t they refinance student loans and interest rates?”

Franken said he is an advocate of open-source textbooks on college campuses. He said having more resources like a texts available for all students can help to keep costs down for each individual.

“It was nice to hear Franken talk about issues close to students like net neutrality, global warming and student loans,” Gray said. “But I would have liked to see at least a question and answer period to get his take on certain issues.”

At one point during his speech, Franken asked the crowd if they were tired of standing. He then went on to say he would sit on the ground with everyone if they wanted to. No one sat on the ground. Franken laughed off the attempt.

Gray said he was not surprised by Franken’s gesture.

“It’s obvious that he had a career in comedy before politics,” Gray said. “But I like that he can be serious as well.”

Franken said he hoped the event encouraged students to participate in his campaign and to vote in general.

“I hope people came out to hear why voting matters,” Franken said.

Gray said even though attending the rally won’t change how he votes in November, he was still able to get something out of the event.

“I know what I can do now to assist the election,” Gray said. “I know I can communicate specific issues with the people around me, especially ones that pertain to the election.”

Franken knows his re-election is all but guaranteed.

“The middle-class is where America is strong,” Franken said. “And we need your help again this time around.”