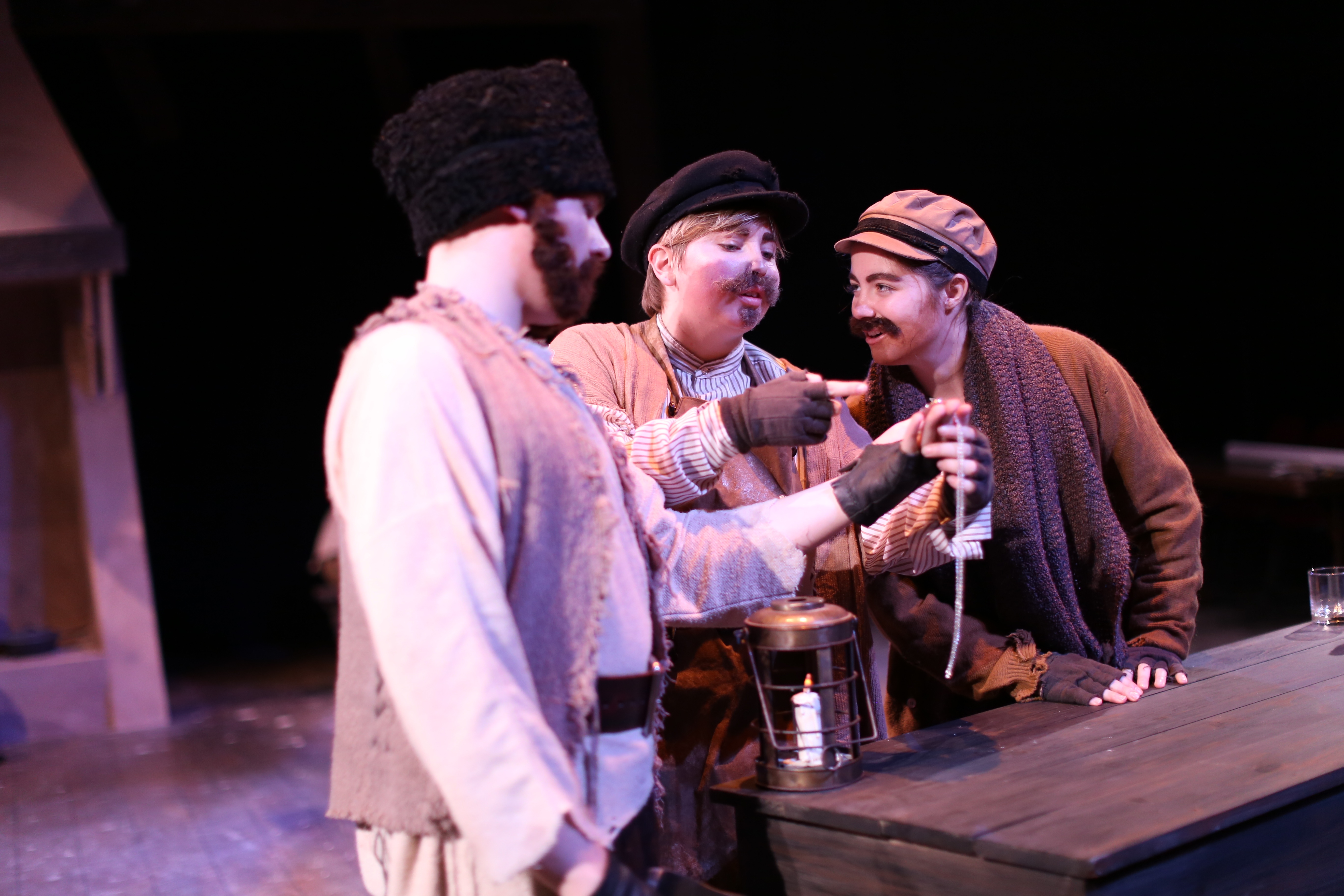 Seniors Melissa Richter and Jonathan Fondell are teaming up to present their senior directing theses in Concordia’s production of “Night of Naturalism.”

“We got very lucky with the opportunities we were given with this production,” Richter said.

According to Richter, the faculty allowed her and Fondell complete access to the professional staff in the theatre department as long as they were willing to co-direct.

“This is the first time they’ve ever given this project to a students,” Richter said.

Fondell’s script is from Anton Chekov’s “On the High Road.”

“It’s a short piece adapted from one of [Chekov’s] stories about a tavern in the southern Russian provinces,” Fondell said. “A bunch of peasants are taking shelter from a storm. It’s about how these different classes interact with each other.”

Richter’s script is also about interactions between different classes. According to Richter, “Miss Julie” takes place at a country estate in Sweden in the servant’s kitchen.

“She’s higher class and he’s lower class,” she said. “It’s about those two worlds colliding and issues of gender resulting.”

Richter’s challenge was interpreting the show in a way that wasn’t as misogynistic as the original script was.

“I found parts of the script that I could interpret in a different way and escape some of those boundaries of gender and class,” she said. “That’s really important.”

Directing a show is brand new to Fondell, and transitioning from actor to director was a welcomed challenge, he said.

“We’re in charge of everything,” he said. “We’re asked questions we have no idea how to answer … we’re expected to respond as a director.”

They chose two scripts then unified them with one cast, set and general theme, he said. Naturalism typically is a realistic representation of life and interactions between people. As directors, they’ve kept the concept of naturalism alive in the set but have taken creative liberty while bringing the scripts to life.

According to Richter, theatre is more than just a performance. It’s a platform for discussing social issues.

“Theatre has the purpose of creating change and awareness,” she said. “That’s what these shows do, and I want to keep doing things like that in the context of theatre

Following graduation, Richter hopes to pursue a career in stage-managing while Fondell hopes to go into teaching at the collegiate level.

The box office for “Night of Naturalism” is open. Tickets are free for Concordia students, faculty and staff. The performances are at 8 p.m. on Thursday, Friday and Saturday and 2 p.m. on Sunday.