A journey begins with tryouts 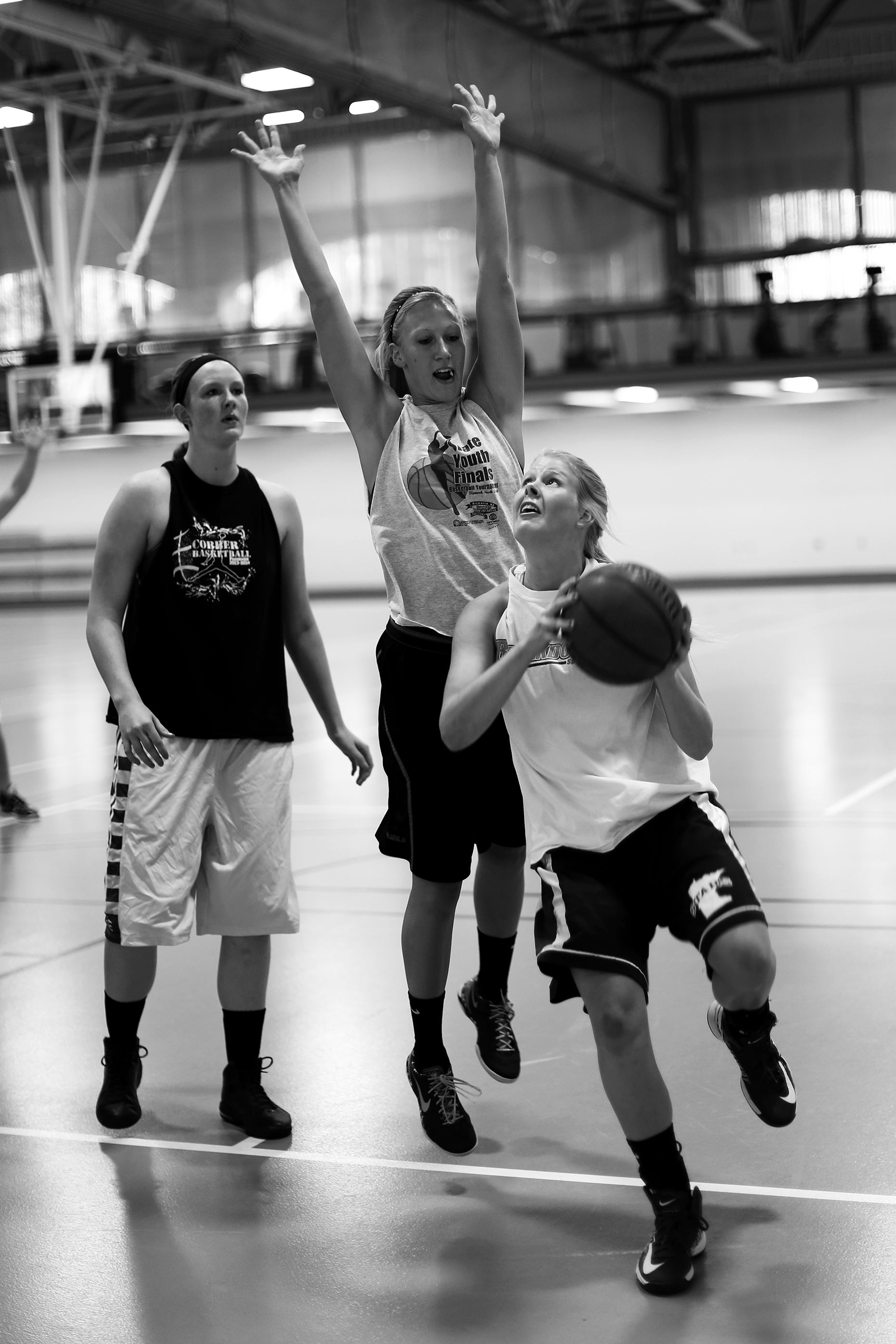 With winter right around the corner, Concordia’s women’s basketball will be holding open tryouts in a few days. Concordia women are invited to participate in a practice drill with the team for a chance to play basketball for the program.

Head coach, Jessica Rahman believes that most of the students who attend the open practice find a home with Cobber basketball. She is expecting about 20 to 25 students to attend the tryout practices.

“It’s an open tryout, and anybody can come,” Rahman said. “That’s kind of an ideal squad for JV (junior varsity) and varsity.”

The girls who practice with the hope of playing Concordia basketball have their fate decided through a process that stretches until mid-semester break. After a week and a half, the coaches start making team assignments; but these decisions are subject to change.

Throughout the tryouts coaches provide prospective athletes an opportunity to take part in a little healthy competition and conform with the group. In order to accomplish this, players get incentive to improve, whether they are on the varsity team or not. Junior Olivia Johnson has been Concordia’s varsity forward-center for the past two years and understands that changes occur on the teams throughout the year.

“Some people get put on the JV team,” Johnson said. “Once you get put on the team, it’s not set in stone. It’s (improvement) something they (coaches) keep striving for.”

In less than a week prospective players including freshman Annalise Savageau will start the process of trying out for this year’s basketball team. So far, Savageau’s experience during the team’s scrimmages has been a good and exciting one.

Savageau is not alone in her contemplations. Johnson remembers how anxious she was when she was trying out for the team.

“Some people are really confident because they have been coming in to off season workouts,” Johnson said. “(But) my freshman year I was really nervous. I came in hurt.”

Having an injury coming in, Johnson took a different path than most of the girls who attend the open tryout. According to Rahman, after the team selections, the coaches’ approach to practice provides players with an opportunity for movement within teams as well as, an open field of competition.

“We like all our teams to practice together,” Rahman said. “As a head coach, I get to see everyone in practice – who’s here, who’s improving. It’s not really a split thing until we start playing games.”

Overall, the upcoming open practice is a beginning of the basketball team’s journey. For Rahman, the first practice is a chance to learn more than just winning and playing basketball. Coach Rahman believes the blend of skills and personalities her team is continuing to build will create a solid team chemistry and a continued love for basketball no matter what team her “kids” are on.

“I know the kids appreciate each other’s skills,” Rahman said. “They also can see that no matter where you end up, you are valuable.”

2014-10-09
Previous Post: A shot in the right direction for the women’s soccer team
Next Post: Major woes: Liberal arts applied