By: Kaley Sievert
In: Variety
Tagged: planners, Variety
With: 0 Comments 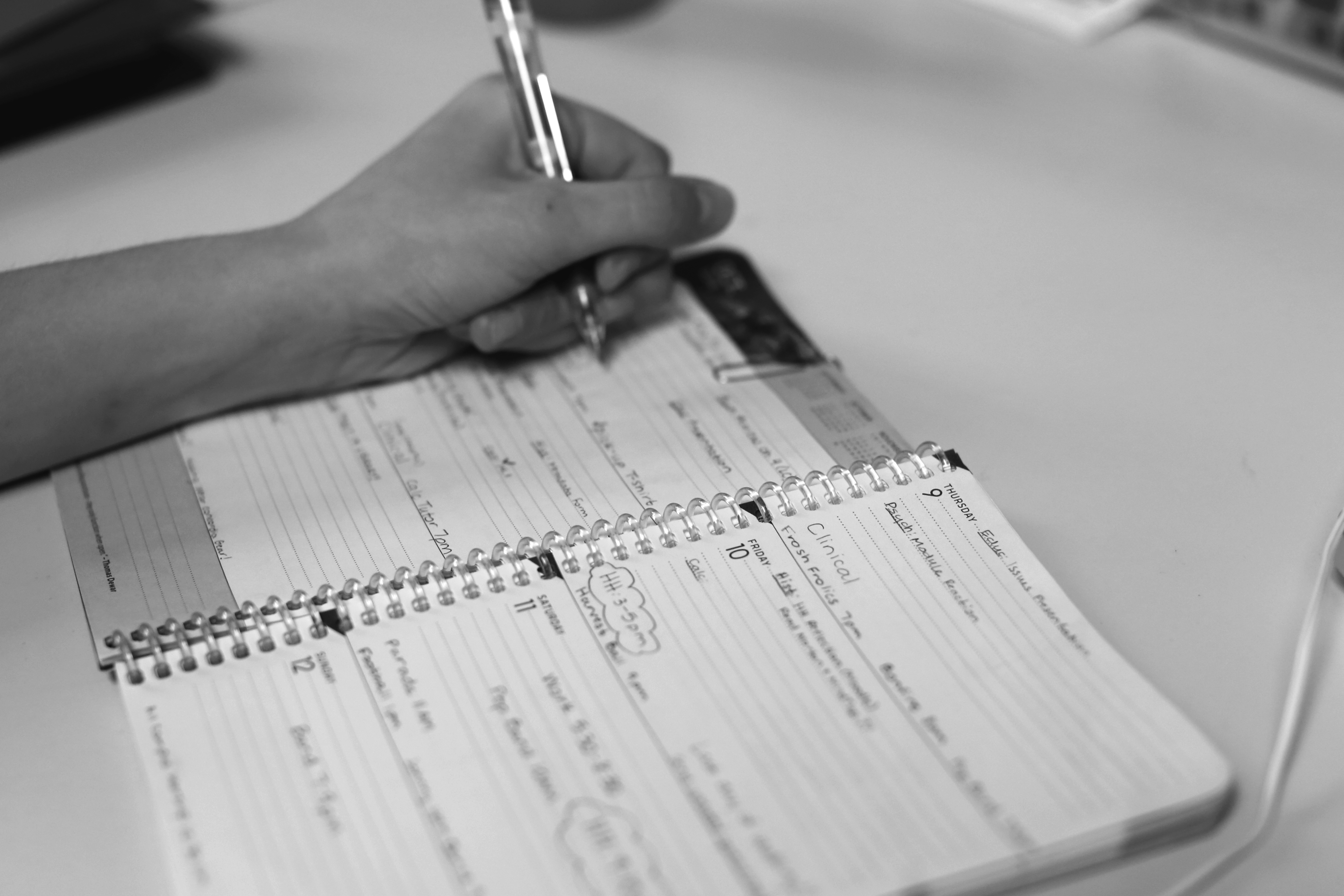 Full color interior and a custom cover are just a few attributes of this year’s new Concordia College planners, after the college calendar has been eliminated from the design.

This year was going to be the last year the bookstore was going to include the planner’s custom interior, but when the company they usually rely on, CSA, closed, they were forced to eliminate the school events portion.

The bookstore has worked with CSA, a company responsible for making planners, for 15 years.

Pj Hines, director of the book store had just agreed to the contract with CSA, including a custom interior that includes the academic calendar, when she received unsettling information from the bookstore’s long-time partner.

”They gave us a call and three days later they were closed.” Hines said.

Hines and the bookstore were already planning on eliminating the academic calendar next year, because of the overwhelming availability of technology. According to Hines, many students and professors have access to smart phones and laptops now, eliminating the need for a paper calendar.

“With the number of smart phones that are used on campus and the quantity of laptops, you are able to access the campus calendar online, which is far more accurate than what the planner was.”

The online database is a lot more reliable, because there was a possibility for the dates and times of the academic calendar to be wrong in the planners, according to Hines.

“The planner was informational, but it was in no way complete,” Hines said.

Junior Kelsey Krueger bought this year’s planner with the intention to reference the academic calendar portion. Despite the fact that the calendar is easily accessible online, she thinks it would be more efficient to have the academic calendar in the planners for situations where she can’t use her phone or computer, such as being in class.

The book store is now partnered with the company School Date Book, one of the companies recommended by the CSA.

With School Date Book’s product, the retail price is only $4.99, when in the past years with CSA, it was $7.99, and there is a smaller amount of planners that are wasted.

Because of the contract with CSA, the Cobber Bookstore was required to order a certain number of planners, therefore needing to sell all of those planners, increasing the likelihood of wasting resources, according to Hines.

“When you do a custom interior planner there is a designated minimum amount of planners you could produce,” Hines said.

The minimum amount that Hines had to order was often too much and a lot of planners would be left over and as a result, expire before they could get purchased. While figuring the retail price, Hines ended up having to factor in the the price of the leftover planners into the overall retail price.

According to Hines, she has received an overwhelmingly positive response from students regarding the new planners. She recalls only three students suggesting that the planners should still include the calendars.

Kendra Banwell, a junior this year, bought the new planner this year expecting there to be an academic calendar.

“I like that the price is lower, but I would have paid the extra three dollars for the dates (of the academic calendar),” Banwell said.

“In the previous years, they didn’t have the monthly calendar included, and that is something that benefits me,” Krueger said.

Krueger would often buy a separate planner for the monthly calendar, and would buy the Concordia planner for its academic calendar. Now that isn’t necessary.

According to Krueger, there is also more room to write in the planners.

With all of the benefits that the new planner provides and the overall positive response from the students, Hines is confident with keeping this design for the future.

“In the end, I do believe it is a positive change for the campus,” Hines said.

2014-10-09
Previous Post: Evening the odds: Gender Equity Approached
Next Post: A shot in the right direction for the women’s soccer team