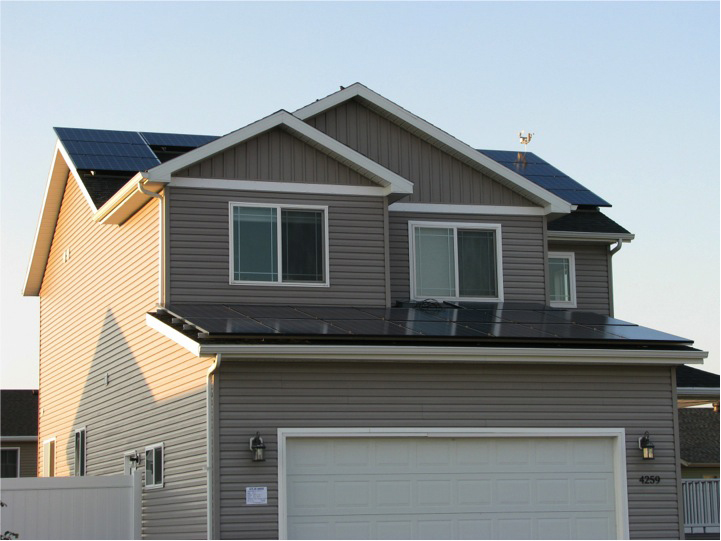 To achieve greater sustainability, Concordia has seriously considered solar energy. After receiving a $550,000 grant from the Margaret A. Cargill Foundation, the president’s sustainability council has taken measures to purchase and install a solar array somewhere on campus.

Possibilities for solar panels include anywhere from having a small display somewhere on campus having to a large array that produces the colleges main source of energy.

“We have the money from the grant now so one way or another we will have a solar array on campus,” Foster said. “It would be even more exciting if we could do something bigger.”

Concordia recently issued a solar audit, where a company evaluated the campus in search of suitable rooftops for solar arrays. The most suitable rooftops on campus were Knutson Campus Center and Olson Forum, which receive the most sunlight per day.

“Solar energy looks very expensive compared to that price,” Foster said. “Energy costs are so low, and there is not a lot of money laying around.”

The solar panels would save the college money, but with electricity costs so low, it could take a long time to save enough money to pay off the solar installation.

“We wouldn’t break even for about 20 years,” Foster said.

After that point, the solar panels could provide most if not all of Concordia’s energy, depending on the size of the array – energy costs could be nearly free.

In the meantime, Concordia must scrape together enough up-front capital to purchase the panels. The sustainability council wants a large array, so they would need more funds in addition to the grant.

“All options are on the table now,” Foster said. “We just need to wrestle with financial issues still.”

The council has tinkered with the idea of a third-party donor to help pay the initial costs. This means a company or sponsor would buy the solar panels for Concordia, which would give them a major tax break. Concordia would slowly pay the buyer back, making the solar panels cheaper while the third-party company potentially profits.

“Knowing there’s a grant, and if a third party is willing to jump in then I would say I don’t see why not to get solar panels,” said Laura Weikle, one of Concordia’s Eco-Rep members.

Weikle pointed out the cost of not only the panels themselves, but the installation of the panels and the adaptation to the new energy source.

“It’ll be costly in the beginning but better in the long run,” Weikle said. “We need to think ahead. We need to consider what is better for the world not just now, but later. I would hope having solar panels would encourage students to be more sustainable.”

Over the coming months investigations will continue. Financial calculations will be done as well as work on finding a third party donor.

“We will know what we are doing with the solar panel project sometime next year,” Foster said.

Foster hopes at least a portion of the solar array would be visible to pedestrians, as to remind passersby of Concordia’s sustainability mission.

“I think everyone would love to have solar panels,” he said. “If Concordia gets solar panels, it would be interesting to see if other colleges follow.”