The formula of success 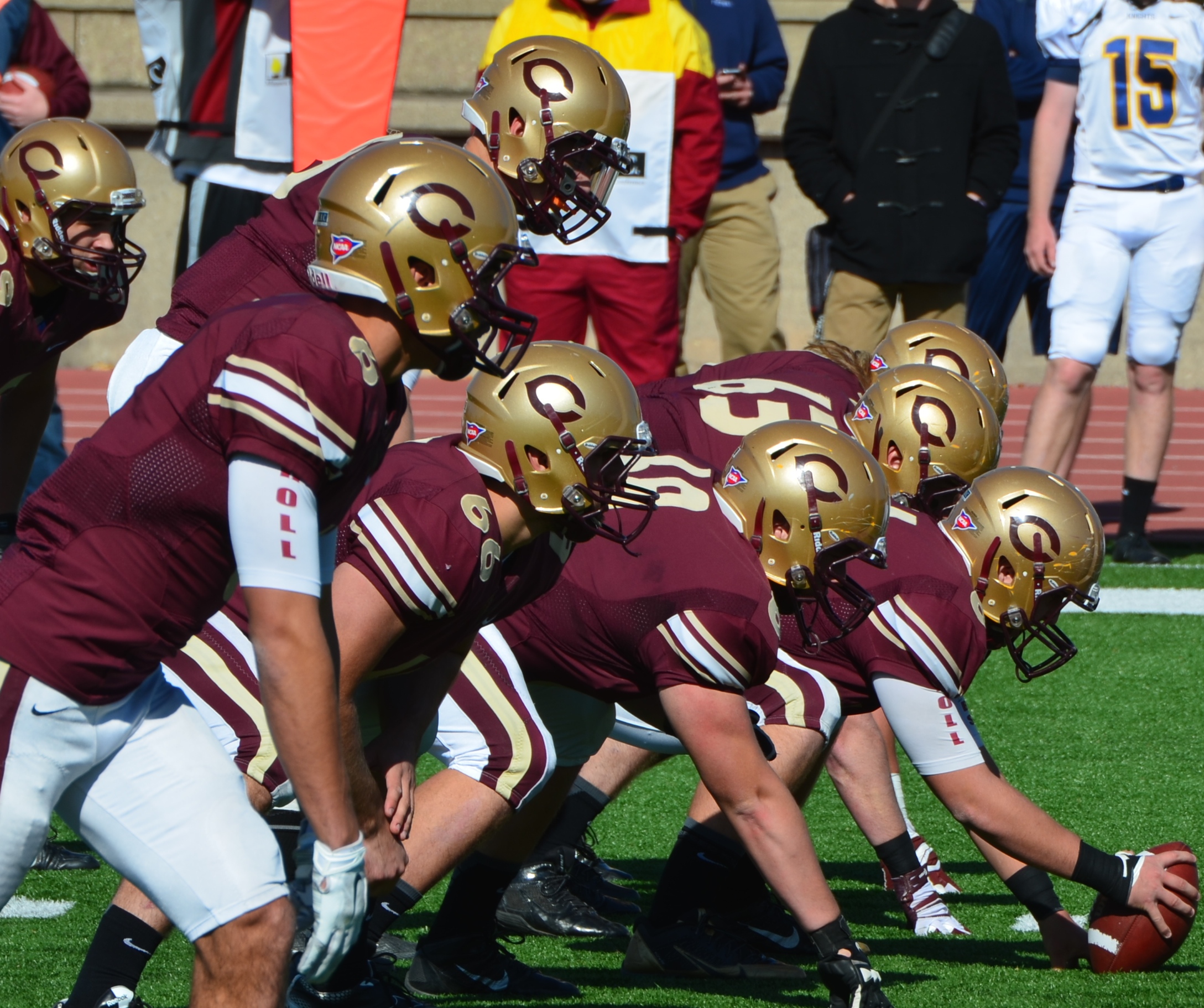 For the past couple of seasons, Concordia football has been moving in the right direction. And this year is no different. Currently the men are ranked number two in the Division III MIAC division. After last week’s homecoming win, the team is on pace for another great season.

According to head coach, Terry Horan, each year the team’s main goal is to win the MIAC championship. With a third straight week in the top 25 rankings of major polls, Horan feels the team’s philosophy makes this an attainable goal.

“Our kids, they’ve got the mission to be a good team,” Horan said. “When you build that type of culture, you expect a lot.”

Even though the team goals have stayed the same, the culture of the players has evolved over the past few years. The team’s co-offensive Aaron Willits, believes the bond and communication that different coaches share as colleagues and with the players translates to the record on the field.

“I want to try and spell (out) as much as I can, just like teaching,” Willits said. “It’s just like the approach (of teaching).”

For the coaches, the students’ overall college experience outside of football is important. The staff makes sure they recruit students who can handle the rigorous academic programs in Concordia, while being able to fully participate in football and other extracurricular activities they are interested in.

“When recruiting we talk to them about these things,” Willits said. “We want them to know everything so that when they come here, they just step on the gas.”

Co-recruiter coordinator Brian Mistro believes this year’s squad understands the goals Horan and his staff have set. According to Mistro, the team’s chemistry, effort, and unity are very essential to the players.

“The chemistry of our boys (is important),” Mistro said. “We have a more tight-knit group than we’ve had in the past. There (are) no groups; no cliques.”

Like Mistro, Horan shares the same views about his squad. He believes the team’s unity, veteran leadership, and experience has helped them get where they are as a football team this year.

Another great advantage of the Cobber football program is the availability of its coaches. According to Willits, most division III teams have part-time coaches who have other jobs. To insure Willits and Mistro could successfully fulfill their obligations to the team, the college promoted them. This has enabled both coaches to increase the level of contact with players of the field.

“Part of the reason coach Horan gave us the opportunity is (so) we (could) meet with our guys every day,” Willits said. “We are extremely fortunate to have five guys who are full-time coaches.”

With all the success that Cobber football has been experiencing lately, maintaining excellence is becoming more of a challenge to be attained. Horan admits the team’s wins are to be treasured because they do not come every day.

This year especially, the Concordia football team has had a large margin of victory, an occurrence that is being more expected now from the team. According to Mistro, even when Concordia has the lead in a game, the players just keep going and keep stepping on the gas.

“Two years ago, we were winning close games,” Willits said. “Now there’s a large margin (of victory). It’s not a fluke anymore. It’s an expectation now.”