Concordia students and faculty to be showcased in local opera 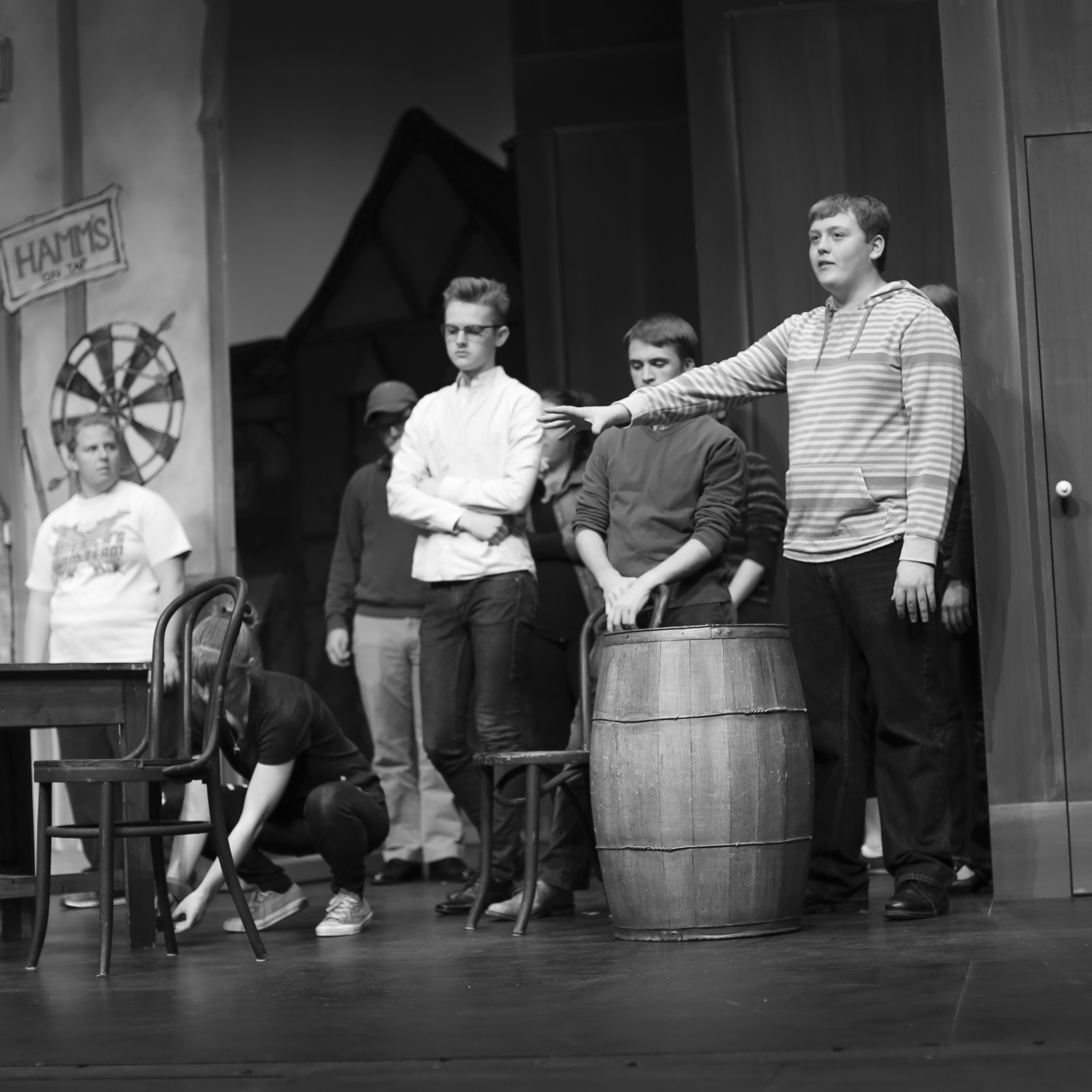 Otto Nicolai, a German composer created an opera based off of the original Shakespearean comedy, “The Merry Wives of Windsor.” Concordia Students and professors act in the opera based in the Elizabethan era, where characters Mistress Alice Ford and Mistress Meg Paige work together to trick a man and catch him in a dishonorable act.

This production is coming to Fargo-Moorhead, and there is heavy involvement from Concordia students and faculty.

David Hamilton, Concordia music professor, is the artistic director for the Fargo-Moorhead Opera House’s production of “The Merry Wives of Windsor.”

“Two women are being courted by this sap, old knight and he is trying to get them to break their marriage vow,” Hamilton said referring to the main conflict of the play. “They find they got identical proposals, and they try to hatch plots to catch him in the act.”

Hamilton has been an artistic director for 15 years. He is responsible for all of the casting, securing designs for the sets and arranging costumes. He also works with North Dakota State University for the stage crew. Basically, Hamilton is in charge of all things production.

Concordia Professor of Music Dr. Anne Nash plays Mistress Ford. According to Nash, this particular production is being done in a very stylized fashion. The director of the opera has decided to really accent and develop the comedy in the piece. To emphasize the comedic side of it, Nash said the characters are all over the top in their movements and their vocal performance.

“We have physical comedy that is bordering on the absurd, and we are really pushing the envelope,” Nash said. “You don’t always get to do that in an opera setting.”

Nash’s job at Concordia is primarily as a studio instructor, where she provides one-on-one vocal instruction to students. Part of her job is also to go out and perform.

“The more I perform (the more) I can help students,” Nash said. “I can bring it back and be authentic and real as an instructor — beyond the textbook.”

Nash said that in able to focus on the comedy within the opera, actors and actresses focus on how they sing different words. They vary their voices and use a lot of annunciation on the final and initial consonant of words. They even take some lines in the opera and turn them into speech rather than singing them to cause effect.

According to Nash, each character also has their own stylized walk. Some are guerilla-like and some prance around like little fairies. She said that the chorus is also highly stylized and has coordinated actions that are almost balletic in some ways.

“Nothing happens in the show without being inspired by the music,” Nash said. “It has a direct correlation to your character’s absurdity. If you are jealous, you have jealous movements.”

According to Nash, Concordia faculty is involved in almost every Fargo-Moorhead production along with students and staff from NDSU and MSUM. So the production is a tricollege effort. The local community is also included in the cast.

Hamilton expressed that it was a challenge to find a couple of local performers and guest performers from New York to act in the play, but he was excited for the rehearsals for the opera to start taking place.

“It’s always rewarding when everyone comes to town and begins the first rehearsal and you start to hear it come together,” Hamilton said.

Concordia senior Victoria Erickson has a role in the chorus. Erickson said that so far the chorus has only staged act three in rehearsal, but it is her favorite part of the opera. Erickson said that the girls get to dress up as elves and try to scare Sir John Falstaff, the man that proposed to both Ford and Paige.

“I have never been a part of a show where the chorus has an integral role,” Erickson said.

Erickson is also a study cover for the character Mistress Meg Paige. In this production, Erickson said that for her, being a study cover is an educational experience. It does not mean that she is an understudy and is required to memorize the part, but those who are study covers are welcome to observe the rehearsals of who they are studying and to learn them as well.

Dr. Holly Janz plays Paige and is also Erickson’s professor. According to Erickson, it is very rewarding to be able to watch and learn from her professor.

“It’s exciting to see the training that she has been giving me, and I can see her practice in her daily life,” Erickson said.

Erickson said that being involved in the opera has enriched her life as a Concordia student. According to Erickson, a lot of undergraduate students outside of this community don’t get that opportunity. Erickson said she gets to watch the professionals work and become excited for what her studies have prepared her to do.

“I can get my feet wet and see what it is like to work professionally in the field of opera.” Erickson said.

Nash said the most rewarding thing for her when she performs is that she has learned so much about herself and what she is capable of and explored other characters through the rehearsal process.

“The rehearsal process is the most satisfying because I can try different things, and I fail … that’s where I can come back and be a better teacher,” Nash said. “It’s not about the applause. I love the rehearsal process because you get to be somebody else and explore those emotions and get sore from crawling around the stage.”

Nash hopes that something is triggered in the audience when they come to the performances.

“I hope that they can have their reality suspended, be relieved of whatever is bothering them and come out feeling different.”

Hamilton said he hopes that “they will be laughing their heads off.”