More than brick and mortar 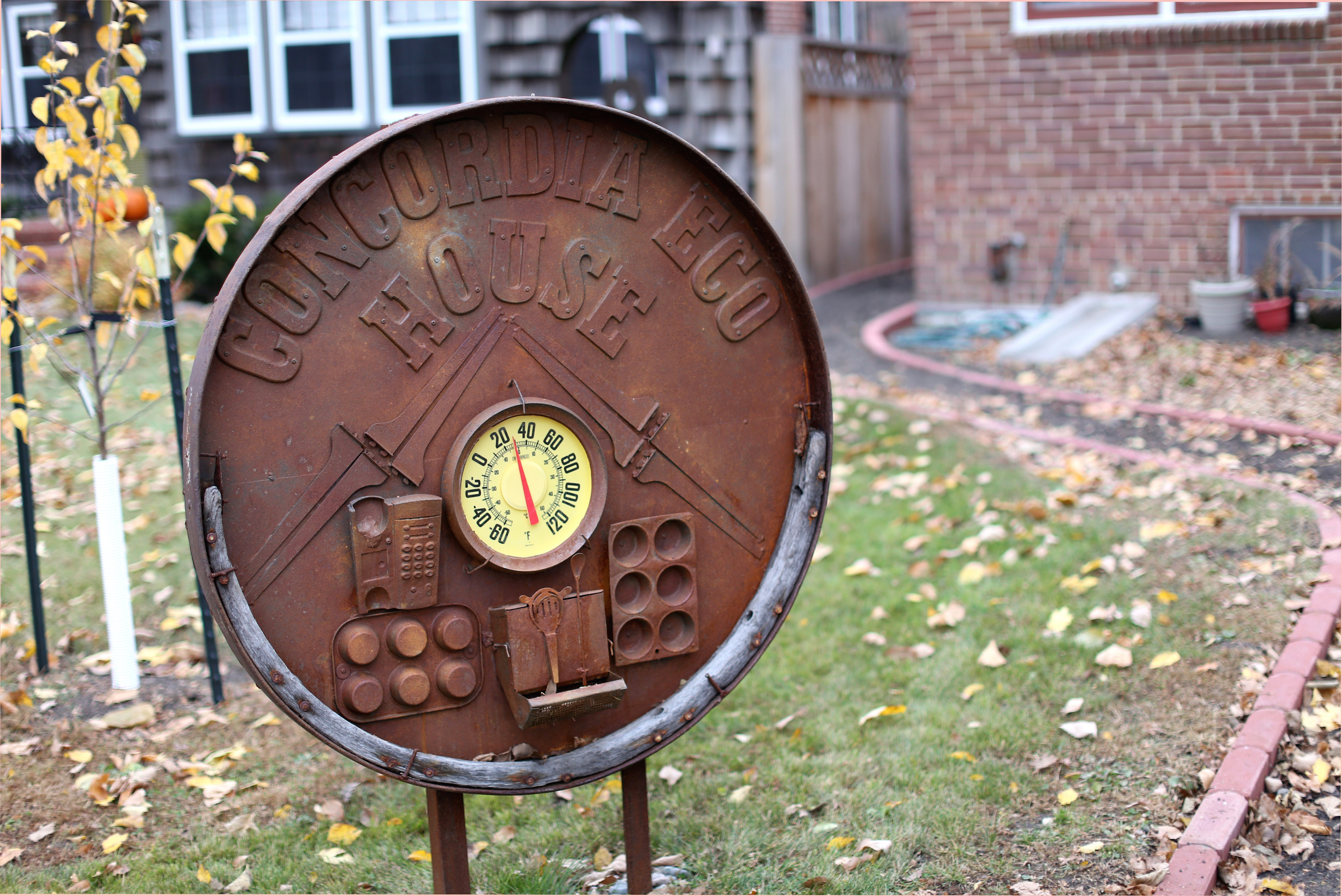 Few people notice the brick box that is the Concordia EcoHouse – after all, it’s designed to be low-impact.

In an attempt to create a more sustainable lifestyle, residents of the EcoHouse are planting an edible garden. The garden will occupy the currently barren backyard of the house, providing food – and decoration – for the simple brick house.

“Many things have been done to the inside” senior AJ Eckberg said. “This year, we hope to work on the outside. We’re trying to make it look good.”

Concordia purchased the house in 2011; each year, residents have made a push towards an even more environmentally savvy homestead. Previous residents took measures to improve the home’s insulation by investigating the walls and placing a special plastic film over the windows. The house also recently acquired a generator bike to charge electronics.

After working as landscapers on Concordia’s campus, Eckberg and his EcoHouse roommate Aaron Thompson decided to focus their efforts on the exterior of the property.

“We’re avoiding the addition of non-native and invasive species,” Jannisen said. “AJ and Aaron … want to further work on the front with more landscaping and possibly some tiered gardens.”

According to Sustainability Council Chair Kenneth Foster, the EcoHouse was originally a rental property. While renovating the house for student living, Concordia purposefully left the backyard without sod so the EcoHouse students could upgrade it themselves.

Foster believes outer upgrades could catch the eye of others in the community and inspire sustainable living.

“We want the house to be a valued part of the community,” Foster said. “Over the past couple years, it has been.”

Built in the 1950s, the EcoHouse wasn’t designed to appease Mother Nature. However, Eckberg believes this is where the true challenge lies.

“It’s not about starting with a silver spoon in your hand,” Eckberg said.

Foster said the EcoHouse represents most American homes, incapable of many green upgrades. During renovation, inspectors found asbestos in the walls, as well as weaknesses in the roof which prevent students from implementing a “green roof,” upon which plants could be grown.

“The first few years have been a lot of analyzation,” Foster said. “It’s a living-learning community.”