The value of fans 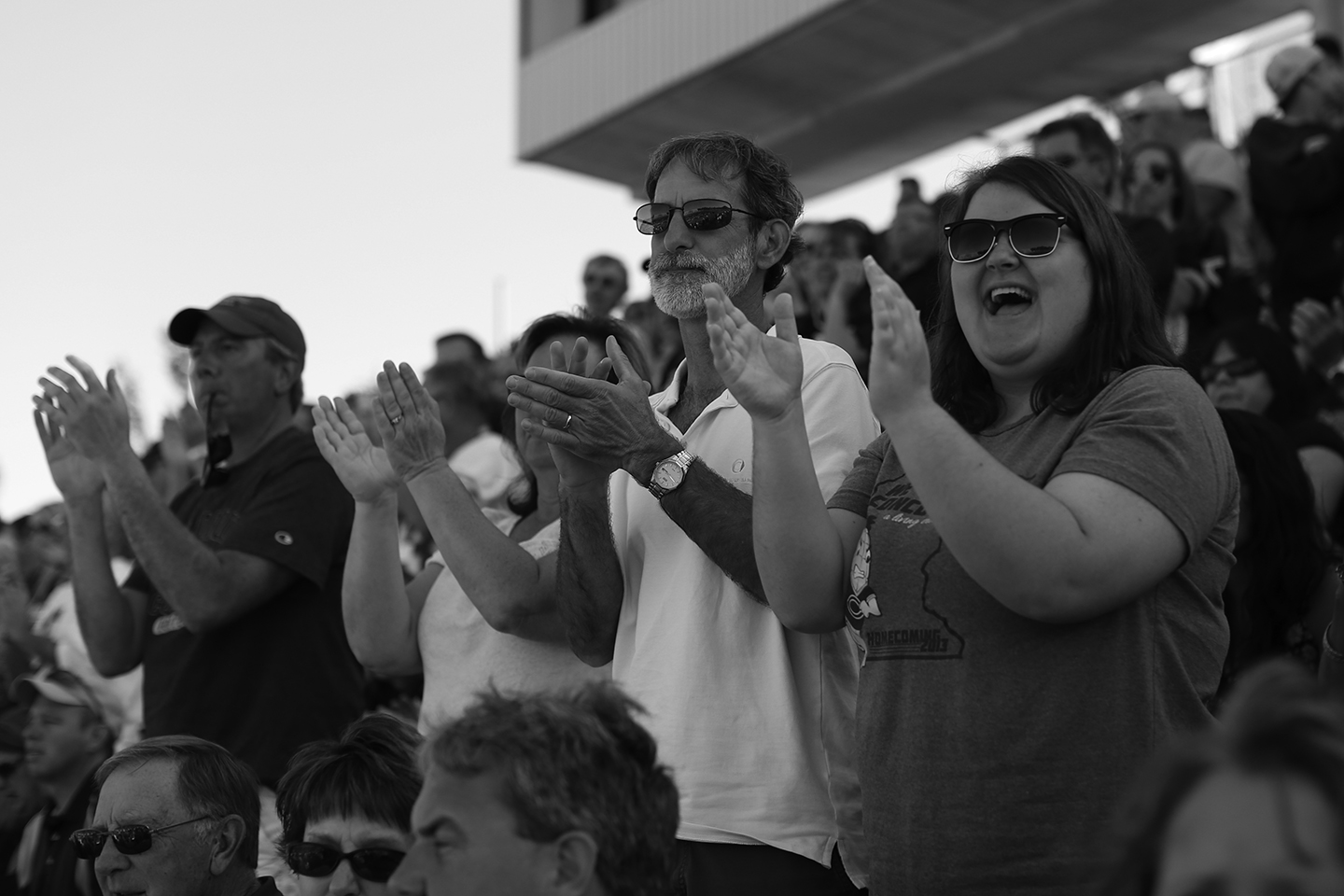 Aside from providing Cobber athletes with much appreciated spirit boosters, fans enable players to realize they overcome hard times

Home-court advantage is one thing sports statisticians cannot measure by numbers. This attribute of a crowd helps cheer a team on, ultimately having an impact on the final score. In their different sports, Concordia athletes appreciate the comfort and energy from the Cobbers.

One particular group that embodies this much-appreciated spirit, includes the members of Cobber Nation. Throughout the year, the energizing group attends various athletic events, including the Homecoming pep-rally, home football games and even hockey matches.

According to Hans-Kristof Nelson, a member of this unique campus staple, Cobber Nation is made up of a group of individuals that participate out of passion, rather than an hourly wage. Combining their hard work and contagious love for Concordia, the group brings an infectious energy to the sporting events they attend.

“We can feel the atmosphere change when we show up,” Nelson said. “We’re the noisy guys, so we kind of take the pressure off everyone (to cheer).”

Even though Nelson does not know the impact his troop has on the players on the fields, or the fans in the stands, the cheering crew’s presence is appreciated. Concordia football senior offensive lineman, Cody Pederson, mentioned how much the group’s presence means to him and his fellow players.

“We really love having them there,” Pederson said. “They are always the first ones to come to the student section. They always show their support whether we’re winning or losing.”

Throughout the academic year, the members of Cobber Nation have a noticeable imprint in games that they are able to go to. Unfortunately, the men are unable to attend every athletic event because of their student careers and involvement in other extracurricular activities.

“We really do want to go to every game,” Nelson said. “The only thing is time. We don’t all have time all the time.”

In addition to Cobber Nation, the student athletes have different ways of showing their fellow competing squads with support. According to Pederson, the football team watches their junior varsity colleagues compete on Sunday afternoons.

Pederson appreciates that he gets to see some of the guys he practices with compete in game situations. Apart from the football team, Concordia men’s and women’s soccer players attend each other’s home games.

According to men’s defender, Kenny Nindorera, members of the two soccer teams make an effort to attend, and cheer each other during their home games. He believes the presence of fellow players as fans at home games influences competitors.

“We just want to cheer for (the girls),” Nindorera said. “We love the girls’ team, just simply because we love soccer. We also want to show solidarity.”

For all the fans who come to Concordia courts, fields, and arenas to cheer, there are those who make an extra effort. Although Concordia’s hockey home arena, at the Moorhead Sports Arena, which is located a few minutes from campus, senior Rylan Henly mentioned the support the team gets from their fans is beneficiary.

“Compared to other teams, we don’t get a lot of fans,” Henley said. “It’s a few minutes away, but people can’t walk during the winter. It’s cold.”

Henley notes that even with the limited fandom, being at home for men’s hockey, like other teams, is a big advantage.

“For one, you have your friends cheering for you,” Henley said. “It motivates you. We have six players. Our fans are like our seventh player on the ice.”

According to Henley, several fans travel with the team during their away games. These fans have traveled with the team to various locations, including the Twin Cities and Wisconsin.

With some seasons closing, and some beginning, the common theme from Cobber athletes has been an appreciation for the support they have received from their fans.

Nindorera believes their soccer matches at home were more exciting because of the crowd.