What does your home say about you? 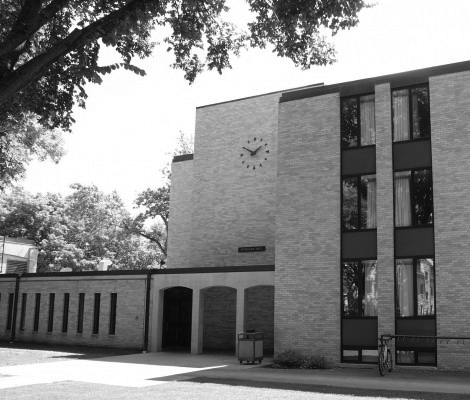 Every residence hall on campus has its own personality, atmosphere and culture that attracts students to live there, and with these distinct personalities comes stereotypes. These personalities can either be reinforced or misconstrued by the stereotypes that surround the halls. For sophomore Shelbey Marthaler and other residents of Park Region, the stereotypes of her home is that the residents are quiet and nerds.

“(Stereotyping) is a very human thing to do,” Marthaler said. “No matter where you go, it’s everywhere.”

There are various types of stereotypes for halls that can be heard within student conversation, derived from stories, and created through pure assumption. Park Region is not the only hall that faces these stereotypes. Erickson, Hallet, Livedalen and Hoyum are all stereotyped.

Marthaler has heard a few stereotypes about her hall, Park Region. Marthaler agrees that the atmosphere can be quiet and that Park has a very study friendly environment, but that does not justify the stereotypes associated with Park Region.

“We have very different types of people that live here so you can’t just say that the nerds or introverts live here,” Martheler said.

Martheler takes offense to these stereotypes because she feels they make Park Region seem like a hall full of non-social and shy women.

According to Tiffany Farwell, a sophomore and resident of Livedalen, she has also heard that Park Region is known as the nunnery. Farwell said the other stereotypes she has heard about other halls are pretty harmless, but she feels that calling Park Region the nunnery can be offensive.

“I feel like (students) are taking the position of being a nun as something (that can be a joke) and a reason to be ridiculed for,” Farwell said. “Some girls just like to be in an all-female environment.”

Livedalen has also been subject to a few stereotypes. Farwell has heard that it is generally a louder hall and more diverse. Sophomore and resident of Erickson hall, Joey Ness, said that he heard Livedalen is thought of as the average Joes, or as a melting pot.

Farwell can attest to the diversity. According to her, there are a variety of personalities living in Livedalen including music majors, business majors, psych majors and athletes.

According to both Martheler and Farwell, Erickson and Hallet are known as the party hall full of athletes.

Ness is a resident assistant on fourth floor in Erickson and he agrees that Erickson and Hallet have been deemed with those stereotypes.

“The stereotype is the wild jock that parties really hard on the weekends and appears disinterested in classes,” Ness said. “People don’t think they embody Concordia.”

Ness thinks that Erickson follows this stereotype to a certain extent, but is blown out of proportion. Ness describes Erickson as a really lively hall. According to him there are a lot of athletes and the residents provide an energetic atmosphere. He described his floor as a rambunctious group of awesome guys that he can have great conversations with.

“(Erickson) is a lot deeper than more people would see,” Ness said.

Ness said that before he lived in Erickson, he hardly ever visited the east side of campus. He didn’t have the perspective of an Erickson or Hallet resident to understand what it was like to live there. Ness said that  being an RA in Erickson has given him the chance to experience Erickson’s culture.

“It’s a hall full of good kids,” Ness said. “We have our issues from time to time but so does every hall.”

Hoyum has been deemed the music hall according to Marthaler, Farwell and Ness. They have heard that students at Hoyum are playing instruments and music non-stop. Despite what they have heard, Ness said that the stereotypes for all the halls can be broken numerous times. For example, he has heard people say that an all-encompassing relationship to music in Hoyum is not how it really is.

“With all stereotypes, the superficial level is what people see,” Ness said.

According to Ness, a lot of students hear about violations and drinking being more prevalent in the East side of campus, but once he became an RA there, he saw that Erickson and Hallet were more than just places to party. While living there, Ness has really connected with his residents and he now knows that Erickson can be a great place to live and can be a relaxed environment.

Martheler believes that assumptions are made about a hall’s atmosphere based off of the conversations that students have with each other.

“What makes a stereotype is the stories you hear and the people that live there,” Marthaler said.

Marthaler believes that Hallet and Erickson follow their stereotype to a certain extent, because all she hears from her friends that live there are that people are puking in the hallways. Marthaler also stated that when a student sees or speaks to a resident that may match the stereotype of a hall, that student may assume that the stereotype of that hall is true.

Farwell said that stereotypes are made by students to generalize what people are like living in a particular hall. According to Farwell, these generalizations make it easier to explain to prospective and incoming students what the various atmospheres of hall living is like here on campus.

“I feel like some people like to over simplify characteristics … so people can figure out who they are and who they want to spend time with,” said Ness.

Farwell believes that these stereotypes can be good and bad for the cobber community.

“Its separate communities within the campus and when you ask where they live, a lot of people are proud of their dorm and take offense when people say bad stuff  about it,” Farwell said.

“The stereotypes affect the lifestyle of a Cobber,” Marthaler said.

Marthaler thought that a good way for Concordia to break these assumptions is for the halls to do more activities together and discover that there is more to a hall than its stereotypes.

Ness agrees that the campus should work on defeating the stereotype together. He recommends a campus wide dialogue to allow those who are misrepresented to answer questions about their halls, and clarify what the atmosphere is really like. He also thought that addressing these stereotypes during orientation would help freshmen have a better understanding of the various cultures the halls have to offer.

Despite the possible solutions, Ness believes that stereotypes are almost unavoidable. The stereotypes that students create here, are only going to be carried throughout their college careers and beyond their collegiate lives. Farwell agrees that stereotypes are everywhere. Farwell says that people have heard the saying “don’t judge a book by its cover,” but no matter what a person does, they will automatically assign labels to people or places because it has become the norm.

“As soon as you see something or someone, you are going to have immediate thoughts no matter what,” Farwell said. “It’s just a matter of catching yourself having that stereotype.”