A team on and off the field 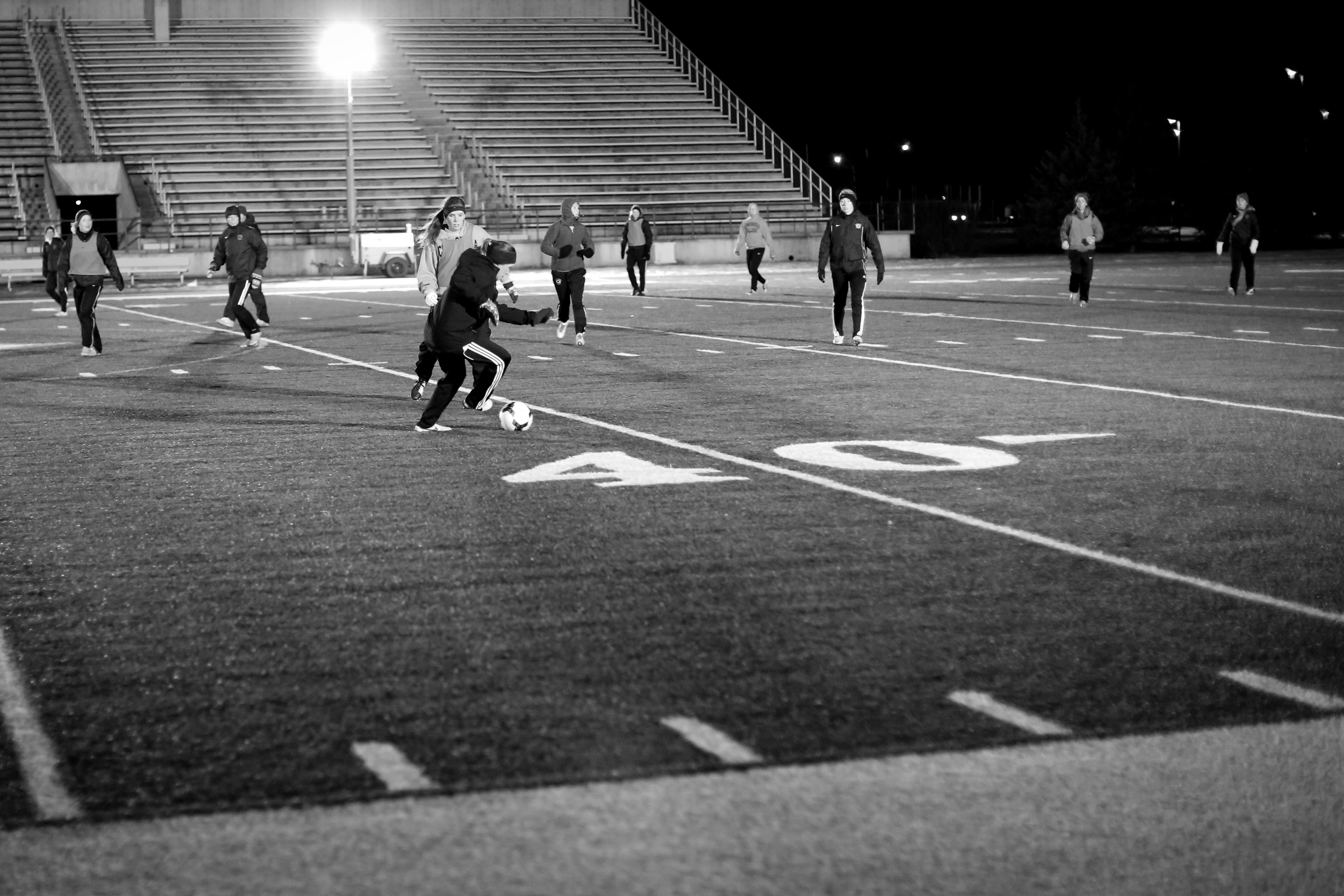 If you have listened to Lee Ann Womack’s “I Hope You Dance,” you know that you should follow your dreams and have no regrets. Senior soccer players Liz Robinson, Rochelle Hickerson and Christi Brauer have done just that for the past four years.

Even with that said, the twilight of the ladies’ Concordia soccer journey has been a time of reflection.

“I guess it doesn’t really feel real,” Hickerson, a forward-midfielder said. “It doesn’t feel like the end yet.”

For the past two years, Hickerson and four of her other senior teammates, have lived in a house that has been dubbed the soccer house. According to forward Christi Brauer, the home has strong Cobber roots.

Brauer and her teammates said that their landlord’s daughter was a member women’s soccer player for Concordia more than five years ago. Since then, the woman has made her house available to rent almost exclusively to women soccer players.

As teammates and housemates, the women have maintained a relationship on and off the field. Liz Robinson, a forward-midfielder, appreciates that her housemates are her teammates, especially since it’s their last year of college.

“With the final season, it has been helpful being able to live together,” Robinson said. “It’s more of a team atmosphere all the time.”

Both Hickerson and Robinson mentioned that although the women live together, their demanding academic careers do not allow them to spend as much time together. Soccer therefore, keeps them connected.

“[Soccer is] where we get to spend most of our time together,” Hickerson said. “…On the field, in practice, when we travel. I think soccer has brought us together as a group, as friends.”

While they will still compete in the NCAA playoffs, Hickerson believes the women’s success directly correlates with the realization that every game they play is critical because it could be their last one.

When this season inevitably ends, five of these girls will still live together, but according to Robinson, they will see each other even less.

“Two of them are going into internships and co-ops,” Robinson said. “[The two remaining housemates and twins] Laura and Marta have clinicals. It will definitely [require] more effort to see each other.”

A Biology major with English writing, Psychology and Environmental studies minors, Robinson will also have her hands full. For these ladies, the constant of playing soccer and seeing teammates will not be there. Brauer is not sure how the last semester of school will go.

“It’s going to be weird not seeing my teammates everyday,” Brauer said. “We only get one day off [of soccer] a week, otherwise we see each other everyday.”

Even though the ladies share a sentiment of the fear of the unknown future, soccer is one thing they have had in their lives for a long time. Brauer, Hickerson and Robinson all hope to play recreational soccer after college.

“I definitely want to play in some women’s leagues,” Hickerson said. “I definitely can’t picture my life without soccer.”

These three women have enjoyed their experiences while playing soccer for Concordia. Robinson believes that even though the end of it all is not a pleasant thought, the group of seniors is happy they crossed each other’s paths while doing what they love. Like Lee Ann Womack hoped, these ladies will have no regrets.

“I guess I didn’t really realize what a team was until playing at Concordia and seeing other groups leave, and how devastating it was,” Robinson said. “You’re done, but you’re happy because you know it was a fun experience.”