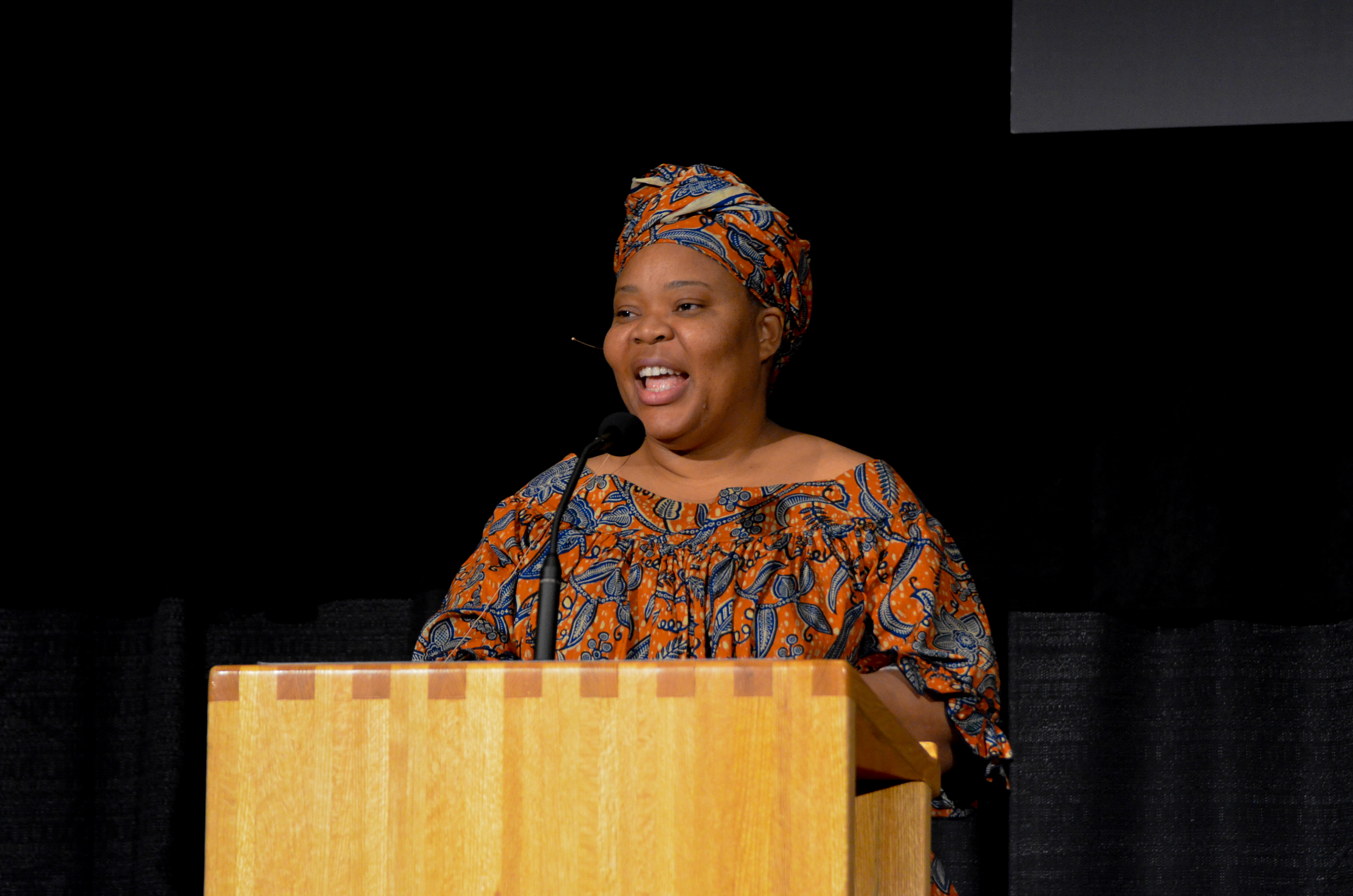 Gbowee won the prize for her work with the nonviolent peace movement that helped to end the Second Liberian Civil War.

Community members and students packed the Centrum from floor to ceiling, finding places to sit on the floor or lean against the walls for a chance to hear her.

“I just love it when people are hanging from the rafters in here,” said President Craft, gazing from the podium.

After a brief introduction from Jacqueline Bussie, Leymah approached the stage, welcomed by a standing ovation.

She spent the next 90 minutes preaching non-violence and activism to her crowd. She explained how she herself fell prey to an abusive marriage and struggled to stand up to her husband and the societal norms of liberia, her homeland.

She explained historic Liberia, which is a place with very few social rights for women. Several young girls found themselves in unhappy marriages at very young ages.

Gbowee said she felt compelled to help girls in her community in some way, and one day decided to take four young Liberian girls into her home and teach them to value themselves.

Gbowee emphasized throughout her speech the importance of taking action in the face of injustice. That no matter how small an act may be, as long as it is in the right direction it is a positive step towards overall success.

“No great change that happened in his world started big,” Gbowee said.

By working non-violently in her community, Gbowee helped curb injustices in her society. Now, she eradicates them around the globe.

“We are the light, and if the light steps back, the darkness takes over,” said Gbowee.

On Tuesday, Nov. 4, Concordia hosted a film screening of Gbowee’s award winning documentary “Pray the Devil Back to Hell.” The film tells the story of the Women of Liberia Mass Action for Peace initiative, which played a crucial role in ending the Second Liberian Civil War, which lasted from 1999 to 2003.

The film was co-hosted by the Women and Gender Studies Department and the Forum on Faith and Life in preparation for her speech on Nov. 6. The screening was fairly well attended, with approximately fifty students filling the chairs of the centrum.

“I am just doing the work that God has called me to do,” Gbowee said about her peace work.

Concordia was just one of Gbowee’s many stops as she travels the world, spreading her message of, peace, love, faith and nonviolence. Some of the locations on her tour include Massachusetts, California, Colorado, and even locations in Africa such as Ghana and Liberia.