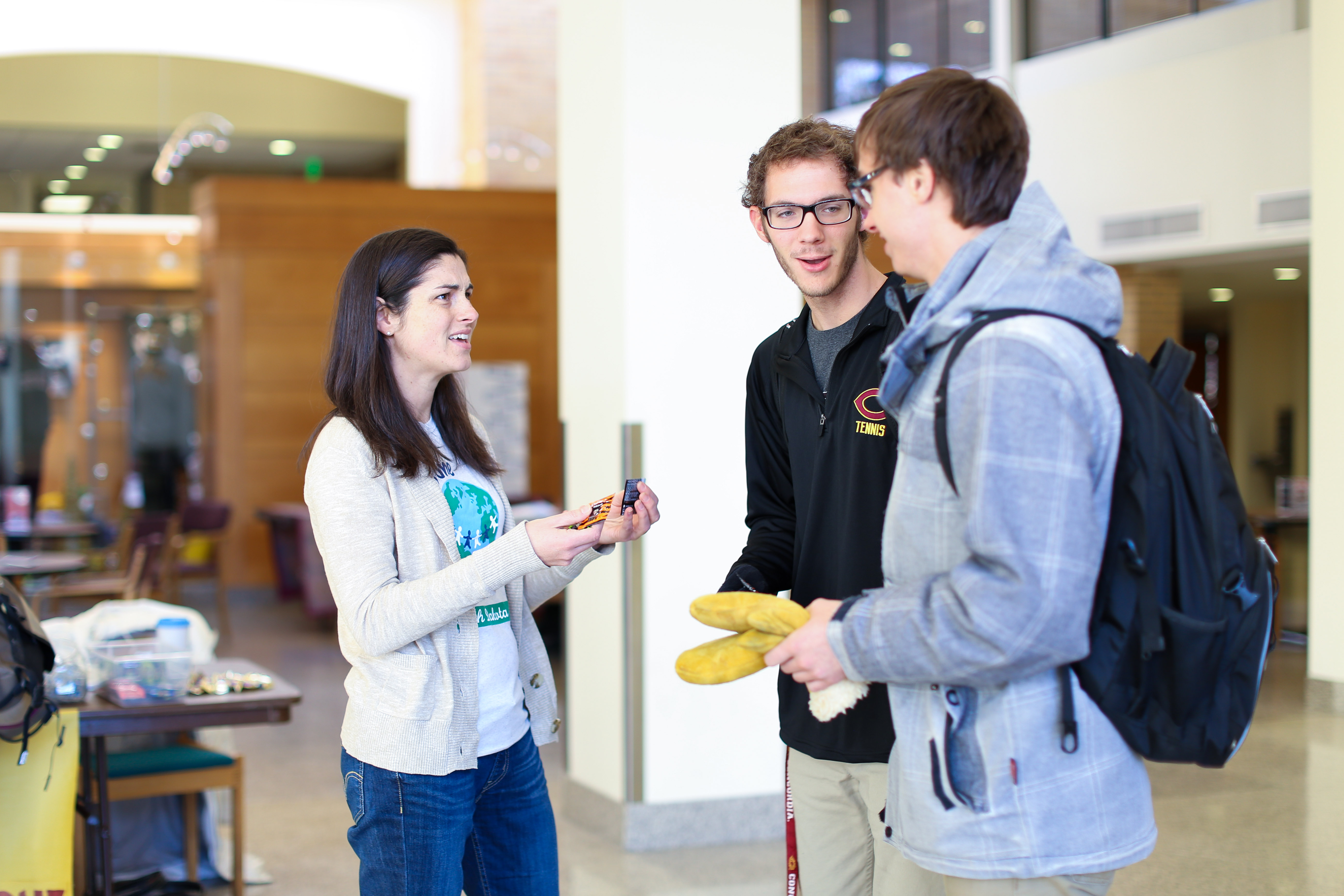 On Wednesday, Nov. 19, Concordia College had its very first Sexual Health Awareness Day. The event was put on by a student group from Dr. Sell’s Women’s Studies 201-Intro to Women’s Studies.

Cristy Dougherty, Melissa Richter, Karli Mazonne, and Libby Hardwick organized the day as part of a group project and came up with the idea because they believe Concordia often pushes the topic of sexual health aside.

“It’s not fair to these students to be taking away information that can be very valuable to them,” Mazonne said. “I think that’s one of our main goals is just giving them that buffet of options.”

Sexual Health Awareness Day is an attempt to bring attention to sexual issues and support the questions and curiosities students may have about sex.

The group tabled all day in the Atrium, played games, handed out free condoms, and had a Planned Parenthood representative with them to answer questions and provide information.

“People can come up and ask questions, it’s interactive and you have the conversation aspect which is important on a topic like sexual health,” Mazonne said.

Richter, Mazonne, Dougherty, and Hardwick believe they may recieve some negative push-back because of the controversial nature of the topic and the presence of a Planned Parenthood representative, but remain ready.

“I think this is getting a lot of uproar…people are talking about it. And you know why? Because it’s stigmatized, because it’s scary,” Dougherty said. “We don’t want this to be a big deal, we want this to be something we can talk about. If people are gonna be mad that we’re doing this, then that’s the issue.”

The group is eager for this to be a conversation that Concordia will continue in the years to come.

In addition to a lack of direct sexual education, Concordia’s on-campus resources tend to be less than helpful. As a part of their research, Dougherty, Richter, Mazonne, and Hardwick individually visited Kjos health center with questions about different issues related to sexual health. In one case, Hardwick was referred to another clinic and received no direct advice or help.

The group members said they felt Kjos did a poor job of welcoming their issues and addressing their questions.

“They were very rude to me,” Dougherty said.

Likewise, Richter said they lectured her on her decisions, “They made it very uncomfortable and closed off.”