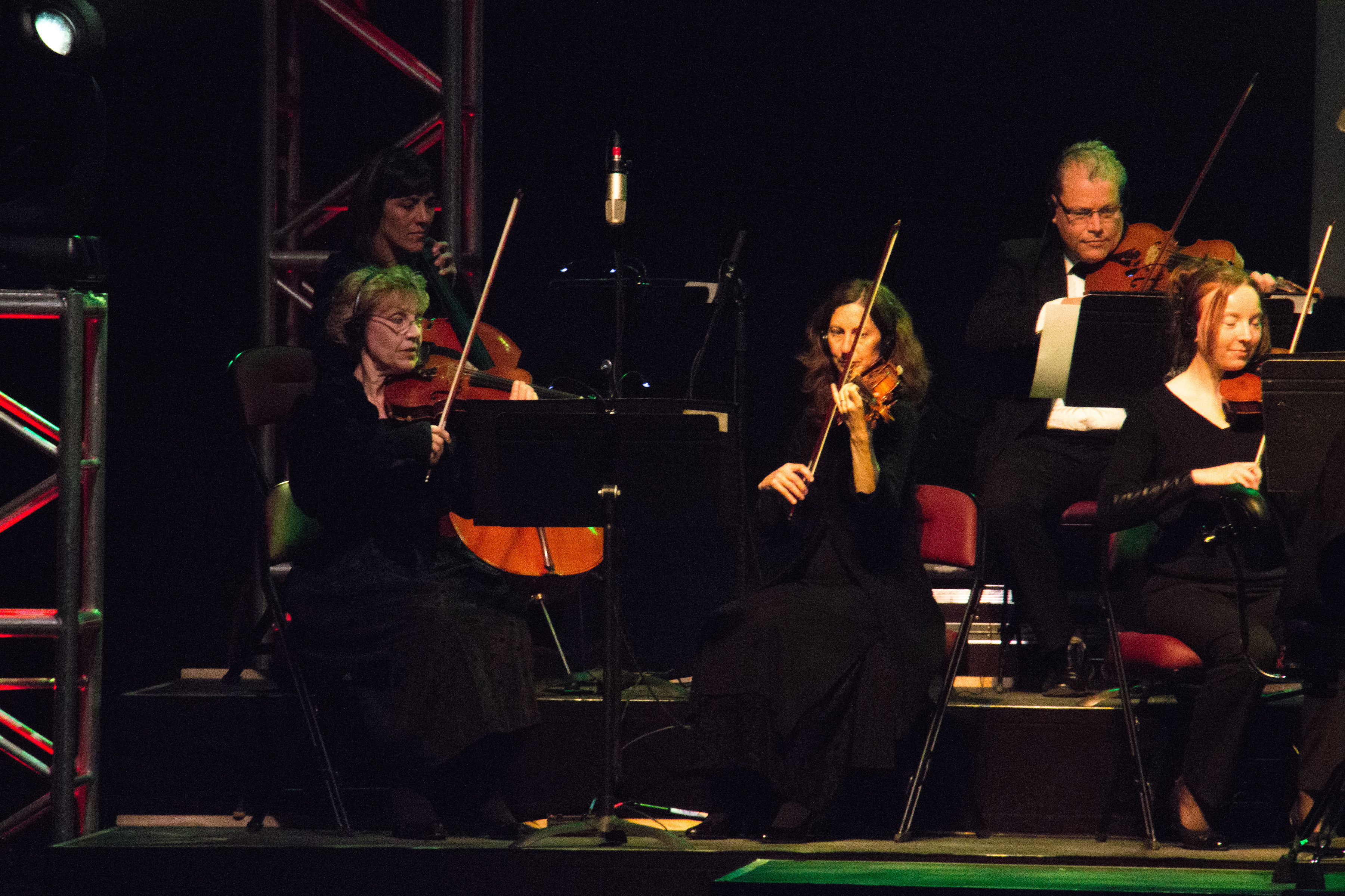 A band director’s daughter grows up hearing various symphonies and sees many violins. In fourth grade, she is finally drawn to the orchestra and her journey as a violinist begins. Now a violin professor of 12 years, Jane Capistran can say she has played with Mannheim Steamroller.

“I’ve heard their music for many years,” Capistran said. “To be a part of the whole musical scene was a neat opportunity; one that I have never had before.”

The well-known music group combines classical music and rock and is known for adding an interesting twist to several Christmas classics.

“It has its own niche of what kind of music it is,” Capistran said.

On Wednesday, Nov. 19, Mannheim Steamroller, Capistran and a few other Concordians played a holiday special in the Fargodome.

When playing Capistran said it was “cool to be apart of the band on the stage.” She felt “swept up in the glamour of the rock show.”

Capistran, member of the FM Symphony, said that for 10 years, Mannheim Steamroller has come through town and contracted musicians through the Symphony. She could have performed with them in previous years, but she always had a last minute conflict.

Luckily, this year Capistran knew Mannheim would be here on the 18th of November, and she told her manager in Symphony that she wanted to play. Capistran was recruited along with four violinists, a cellist, oboist, trumpeter and horn.

Once Capistran was recruited and rehearsed with the band, she unexpectedly found a close connection with their lead violinist, Becky.

“(Becky said),’You have played this show before.’”

“No, this is my first time,” Capistran responded.

After that, Capistran could not shake the feeling that she had met Becky before. She didn’t make the connection until the night of the concert, when the bass player introduced Becky and said she was from Iowa. Instantly, Capistran knew that Becky had either been her old student teacher, or had taught with her in Iowa city.

Capistran later found an old picture from 1989, and there Becky was. She had taught with Capistran as a first year teacher in Iowa City. Capistran was excited to share this discovery.

The night of the concert, Capistran was a tad nervous.

“There is a lot of lights going on in the show, and there is a lot of smoke, so several times it blocked out our music,” Capistran said. “It was hard to see. They had gooseneck little stand lights. We were in the dark a few times.”

Along with a light show, the concert also had a video of the University of Michigan’s Men’s Chorus Glee Club playing in the background, and paper snow falling into the audience. They also played Capistran’s favorite song, The Tradition Of Christmas.

“I got choked up in that one,” she said.

This experience has given Capistran a chance to spend time with her friends outside of Symphony.

Capistran hopes to share this experience with her students for she knows that someday they will be asked to play with Mannheim Steamroller themselves.

One of the students she wishes to share the experience with is junior Ross Baumgardner, major in Music Education. Capistran has taught Baumgardner for 6 or 7 years, including when he was in elementary school and for his youth symphony.

One of Baumgardner’s favorite memories with Capistran is when they played with the Walton Symphony.

“We were in the same section. We played this total monster of a piece and we were practicing together,” Baumgardner said. “It’s fun to play with your professor.”

Baumgardner has such a strong relationship with Capistran, that he and his brother even created an invention in her name. Well, kind of. It is called the Mrs. Cupistran. An invention that attaches to a musicians music stand and holds a cup of their apple cider.

As years have passed, Capistran has taught him some important lessons.

“She has taught me to bounce back from rejection,” Baumgardner said. “Auditions or bad recitals; you can’t let it get you down. You just have to keep trucking.”

Capistran summarized this with a more instrumental explanation.

“When the bowing gets tough, the tough get bowing.”

2014-12-11
Previous Post: A guide to holiday movie Netflix binges
Next Post: Why do we need to have finals?