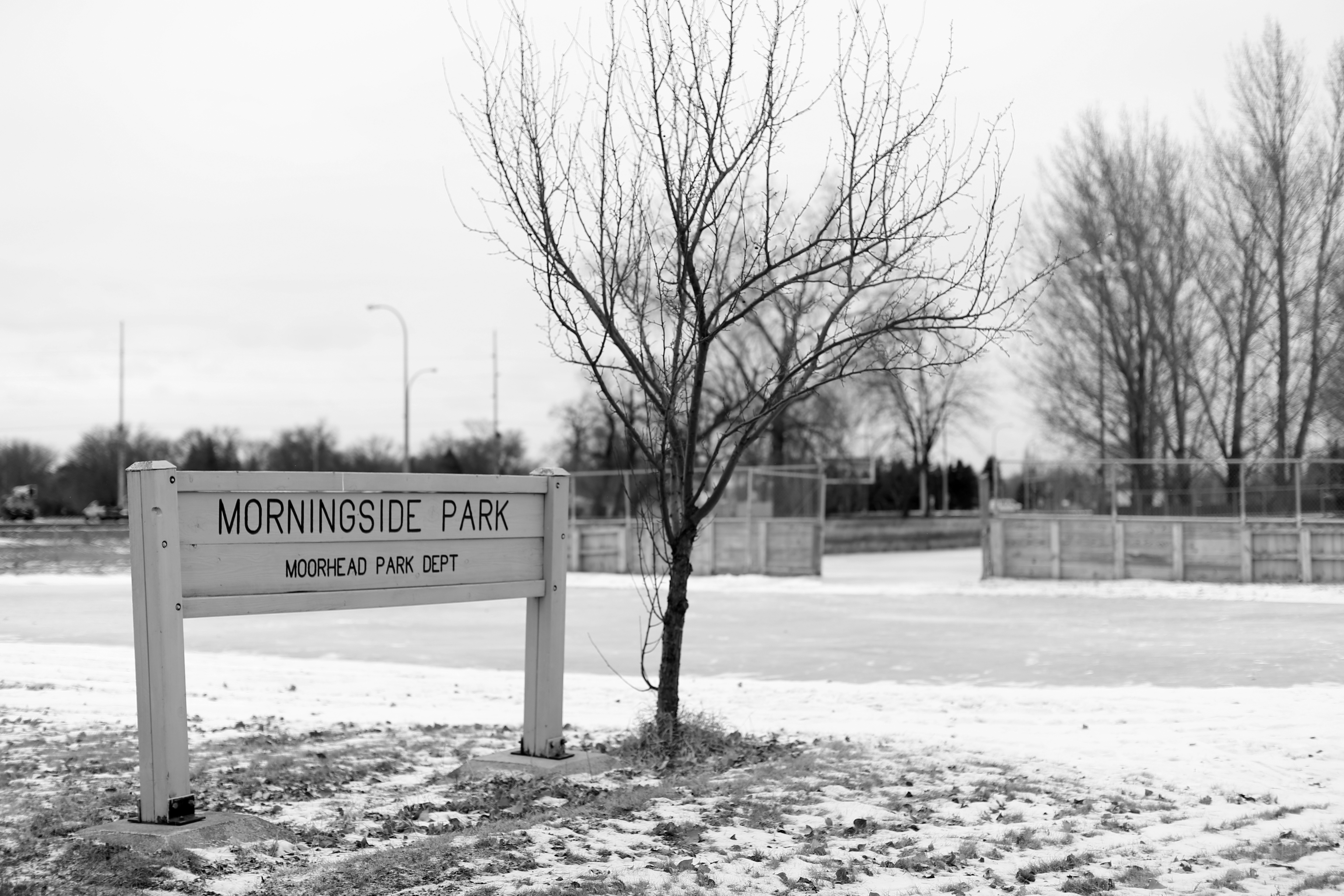 Outdoor ice is synonymous with the state of Minnesota, and for Moorhead Park Forestry Department Manager Larry Anderson, it always has and always will be a part of his life. Anderson has been with the Parks and Recreation department in Moorhead for 42 years, but his history with outdoor ice goes back even further.

“I grew up in Moorhead, and I played hockey. When I was a kid the rinks were packed,” Anderson said. “If only kids now could see what we used to play on. We used to call the rinks hockey pens because they looked like cattle pens.”

Anderson took his passion and implemented it into his career, and in many ways is the forefather of outdoor ice in the city of Moorhead. He recalls how poor the ice was during his childhood and set out to better the ice quality for future skaters.

“You had to learn to skate and jump over the cracks in the ice,” Anderson said with a chuckle. “I know what (ice conditions) should be like and what they used to be like … the maintenance has gotten a lot better.”

Maintenance of an outdoor ice rink is more than meets the eye and entails more than just splashing a few gallons of water and letting it freeze. There are catch basins that act as drains in many of the rinks to allow for drainage of unwanted water into storm sewers after melting.

Lighting and boards are also a necessary part of outdoor skating rinks, and since Anderson first arrived on a frozen ice sheet, he has seen some big changes.

“Before, everything used to be taken down. Now we put up permanent rinks,” Anderson said. “When I was a kid it was so dark you’d lose the puck so we put the new lighting up which a lot of the neighborhoods weren’t excited about.”

So, Parks and Recreation moved back the closing times of the rinks to 8 p.m.

The eight current outdoor rinks in the Moorhead area, all built in 1989, are maintained by a staff of five full-time employees. All rinks include identical warming houses for skaters to find respite from the bitter conditions and are fitted with on-site attendants.

According to Anderson, flooding usually begins in November. The water is donated by Public Services of Moorhead unlike most other water services the Parks department uses which require payment. Anderson is very thankful for the donation considering the amount of water used in this process.

“Some towns that have flat surfaces use sprayers and have an inch and a half of ice,” Anderson said. “Our rink areas are bowl shaped so we use flooding … we have areas that have nearly a foot of ice.”

Anderson described how the flooding process makes for a longer lasting ice surface. As January arrives and the sun beats down, surfaces with thinner ice develop problems that Moorhead rinks will not.

The ice in Moorhead is smooth and crisp this time a year. Anderson hopes to see more and more people pouring onto the ice to enjoy what gave him such a thrill in his youth as well as seeing people relishing something he has put so much passion into hopefully for years to come.

This article was submitted by Ben Gislason, contributing writer.