Not just the ‘ugly sister’ 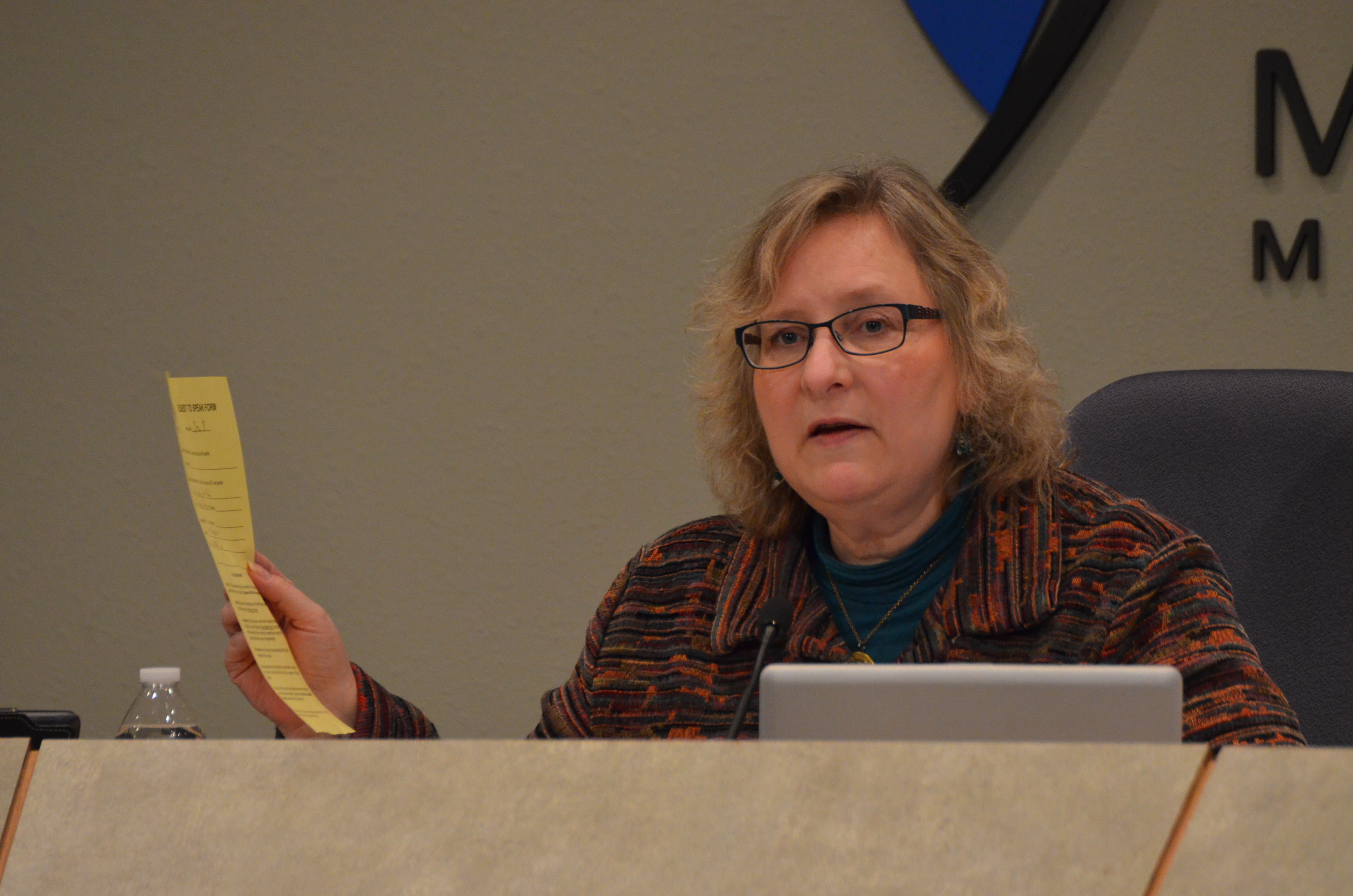 Mayor Del Rae Williams plans to revive Moorhead by reconstructing the downtown area and the mall, getting college students more involved within the community.

Williams was inaugurated this past January. She said one of the main reasons of why she ran was because of the attitude of Moorhead area citizens – with attitude change comes a tangible change.

“Moorhead has a tendency to think of ourselves as the ugly sister, and we’re not,” Williams said. “We need to move on from where we are at.”

One way to prove Moorhead isn’t the “ugly sister” is by reviving downtown Moorhead.

“It feels wrong to have our downtown be less than it should be,” Williams said.

Williams has listened to what people would like to see in downtown Moorhead. The majority has voiced that they would like more walkable things to do such as art, attractions, and shops.

Williams Downtown Moorhead would not be similar to downtown Fargo. “Moorhead’s feel is different than Fargo,” Williams said.

Downtown Moorhead will host a new event next year to welcome college students, though few plans have cemented just yet. Williams envisions the welcoming event as closing off 1st Ave. where bands and food trucks can set up. The event will happen the weekend before Memorial Weekend.

“We are a college town,” Williams said. “Let’s celebrate the concept of that.”

Williams also sees a need to reinvigorate the Moorhead Mall. The renovations would give the indoor mall an outdoor feel by making it lighter and brighter. The mall will have a new name as well.

Some stores will stay, like Herberger’s and Christopher Banks. Pop-up stores will fill vacant spaces to test out their potential success. After a while, the mall will have a good idea of what stores college students want. As of now, Williams is not sure when the renovations will start.

To involve college students more within the community, Williams has been collaborating with the Minnesota State University, Moorhead. With the new renovations in the mall, MSUM students will have the opportunity to be involved in entrepreneurial activities, such as a college-run food court.

“Think about how that would look on a resume,” Williams said. “Saying that you ran a college coffee shop or that you had a kiosk in the city’s mall. It will help their resume.”

Williams plans on talking with President Craft more about getting Concordia students involved in the Moorhead community.

“I think sometimes, it’s easy to get involved in your own bubble and I get that. There is so much to do,” Williams said. “The more the students are out in the community, it also helps them learn more about what it would be like when they’re done with college.”

Cobbers have popped those bubbles in the past, however. For instance, alumnus Geneva Nemzek was appointed by Williams to serve as a member for the Human Rights Commission earlier this year. Her experience demonstrated the need for college students to participate in the community.

Williams said she appreciated having young adults and college students around.

“I personally like having a college student or two would appoint to in a boards and commissions group,” Williams said. “The city is always interested in all kinds of ideas.”

College students have made a subconscious impact on the community. Williams said she tries to attend as many public, student-oriented events as she can to learn about what students are doing. One of Concordia’s missions has stuck to her.

“Sustainability is a thing,” Williams said. “When we do certain things, I always have that in the back of my mind.”

There have been discussions about building a Materials Recovery Facility in Moorhead where more recycling could be accomplished. Currently, the government is conducting a study and more information from the study will be shared in 2015. Williams said that if the plan is deemed feasible, the facility will be built in 2-3 years.

“We’re trying to be more sustainable in a big picture way,” Williams said.

Even new street lamps can save energy. In the newer developments, street lamps that aim towards the ground instead of illuminating the whole area are being put in.

“They save energy,” Williams said. “An added bonus is that you can see the stars better.”

Not only is Williams trying to include more sustainable options within Moorhead, she is trying to make the citizens’ lives a little easier. How? The trains.

Currently, two different train tracks run through downtown Moorhead. Due to the oil industry in North Dakota, the trains run frequently through these tracks. Williams has had many discussions with legislators and the governor about funding an underpass. The government is doing a study to see where the best place would be to construct the underpass.

“I think when it’s all said and done, the recommendation will be at least one underpass, maybe two, and funding to go with that,” Williams said.