Fighting their way to the top 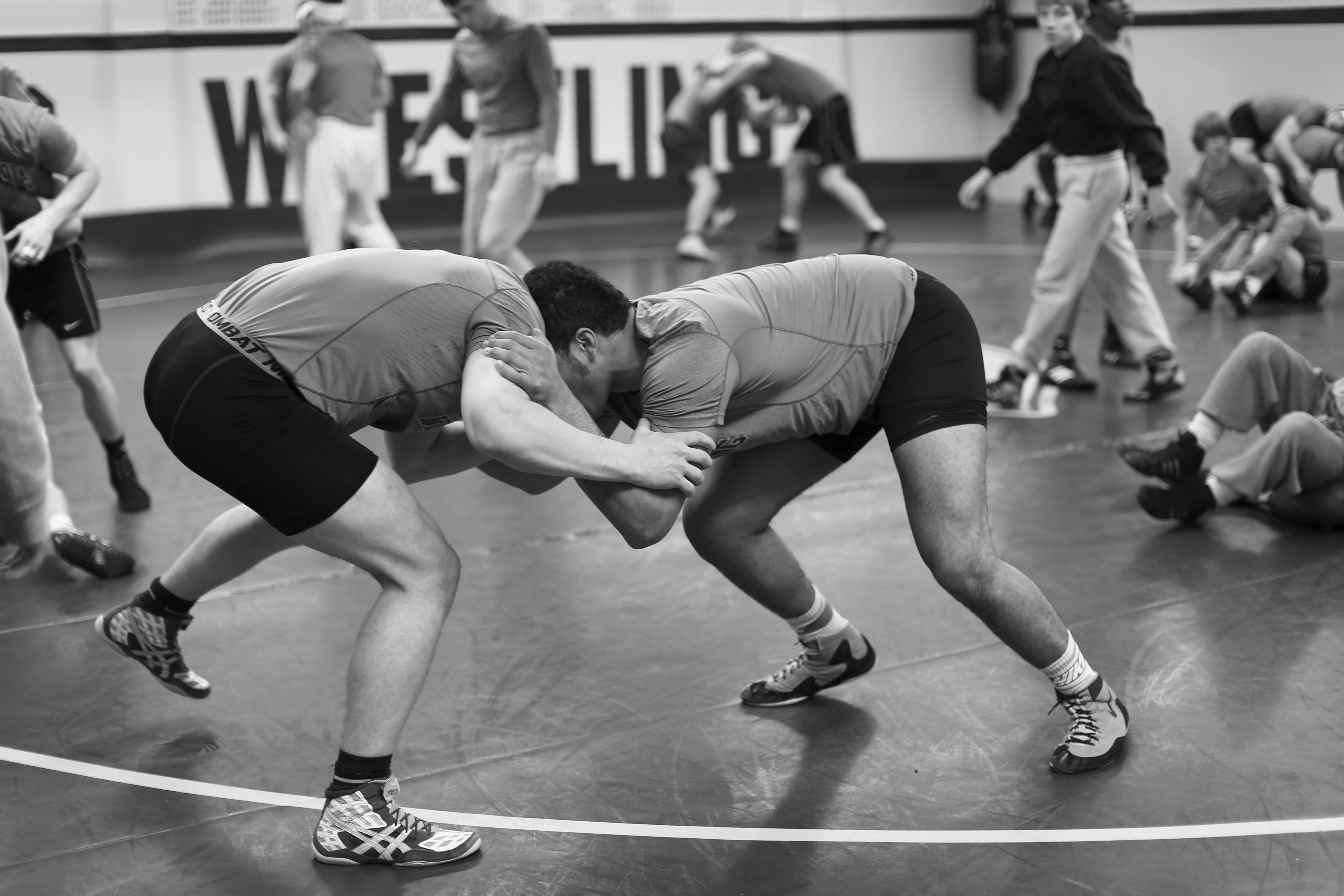 With a strong finish at the National Duals Tournament, Concordia’s wrestling team took third place for a second straight year, while placing third in the annual meet. As the team continues to build toward the individual championship matches scheduled for March, they remain grounded in the routines that have brought them their success.

Team co-captain and senior Sebastian Gardner attributed the team’s consistent level of success to the wrestlers’ ability to stay focused and positive in the grind that is a long season. In addition, Gardner mentioned that the Concordia wrestling team is farther away from the rest of the competition, making travel a commonality throughout the squad’s season.

“When people come to school up in Moorhead, they pretty much understand as an athlete, they’re going to be traveling a lot,” Gardner said. “And we find ways to embrace it on the bus, [but] when we get to wherever we are going to wrestle, it’s game time.”

According to Gardner, the wrestling team tries to make the most out of their travels by creating an upbeat atmosphere during their bus rides. Gardner believes the light mood is predicated on their results in those road matches.

“It feels really good driving home after a win when you wrestled really well, and beat up on the team you wrestled against,” Gardner said. “But, [when] you lose, that’s when the drives become taxing.”

With this in mind, the team tries its best to make their bus rides short and the mood light. In addition, being one of the team’s captains, Gardner sees every meet as a chance to have a great final season, and finish high in competitions at the end of the year.

“I came close last year individually, and the team was right there as well to really meeting our goals,” Gardner said. “And this year we have a team that can peak at the right time … and fight realistically for a National title.”

As the NCAA tournaments approach, the team looks to establish itself as a powerhouse all-around, progress in both dual and individual tournaments. According to head coach, Matt Nagel, the team is attempting to get battle-tested in their matches in order to the achieve goals they came close to fulfilling last season.

“Last year, we took second at the National Dual tournament,” Nagel said. “And we ended up taking thirteenth in the individual part. Individually is where we need to find out how good we are.”

According to Nagel, the results were a clear indicator for their well-balanced team and good program. However, he believes the team has not solidified itself as a top national team in the individual competitions.

“We haven’t gotten over that hump,” Nagel said. “We have the ability. We just [have to] continue to work hard and keep climbing over that hump.”

As the main focus of the season is to take that final step and produce multiple All-Americans from the individuals NCAA national championships, the Concordia wrestling squad stays competitive within its own confines. According to Nagel, one or two of the 10 starting positions in respective weight classes are up for grabs.

In this team, everyone can compete for a spot in the starting 10 especially for unsolidified weight classes. According to freshman Blake Bergeron, each member of the team has a chance to start in their weight class. He also mentioned that the rest of the team participates in open tournaments, where a chance may arise to move to up.

“Anybody, any age can be on the starting lineup,” Bergeron said. “I think that the coaches [track improvement] if there’s an open spot; anybody can make the lineup.”

These student athletes get a chance to stay competitive within their own squad, while preparing for their end goal with scheduled competitions versus highly ranked Division II teams. In addition to gauging themselves against Division II teams, Nagel believes that internal competition helps the Cobber wrestlers challenge each other.

“The old saying that I always tell the guys is ‘steel sharpens steel’,” Nagel said. “The better your practice partners are, the better you’re going to get.”