Keeping their heads above water 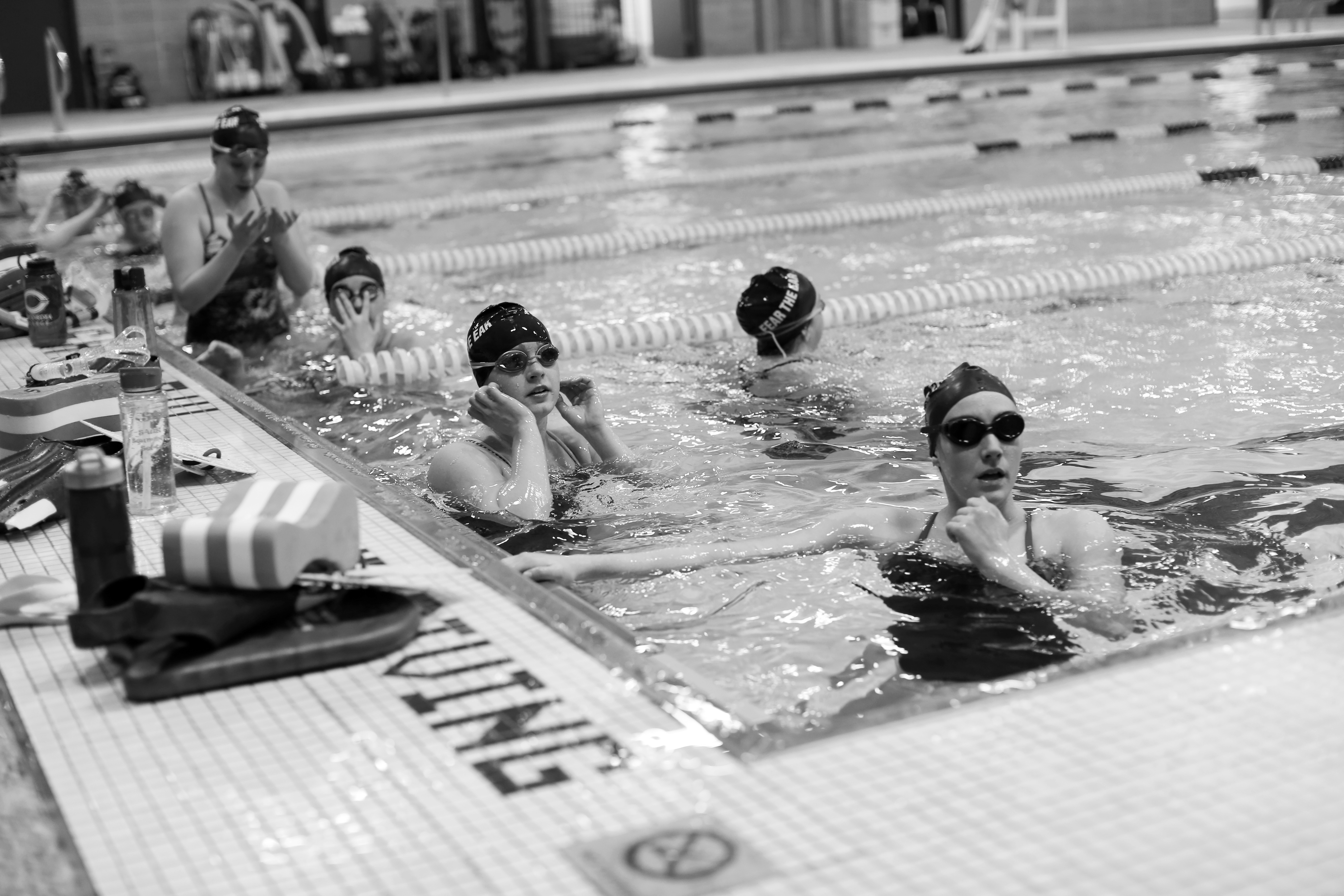 After becoming acquainted with three coaches, Concordia’s swimming and diving team have finally found a winner

With only three more meets this season, members of Concordia swimming and diving team have had to make a few adjustments throughout the course of the season. Despite having to become acquainted with a new coach, learning a new system of teaching, the women are still in the run for a MIAC title.

For the past three years, Concordia’s swimming and diving team has been introduced to three coaches. However, this past November, the team welcomed Talia Butery a past high school swimming coach who has lead the team to victory for the past two months. Since working with Butery, senior swimmer Hannah Winge feels Talia’s methods of coaching have helped the team immensely.

“A new coach provides the opportunity to change the structure of the program, and Talia has some great ideas to make the program grow and thrive,” Winge said.

“I like the new coach; she has brought in more fun things for practices,” Peterson said. “She would put treats on our lockers before meets and sometimes would have healthy snacks for us.”

After a rough start with coaching changes, the team is staying positive through the end of the season. With the swimmers and divers competing to qualify for the MIAC championships, which will take place Feb. 19-24, these last few meets are extremely important.

“After a rough start with last second coaching changes, our team is coming together, working hard and is ready to release our potential at our remaining meets,” Winge said.

The women have made big strides since the beginning of the season, and Winge is excited to see how the rest of the season turns out. Currently, the team consists of one senior diver, one senior swimmer, one junior swimmer and the rest of the team is filled with sophomores and freshmen. Having such a team provides them with a lot of room for growth.

“As our team grows, I hope that new team traditions and culture emerge and the program creates buzz around campus and in the MIAC,” Winge said.

There is great opportunity for the program to expand and bring in more people. Concordia’s swimming and diving team is always looking for more women to join.

According to Peterson, the women on the team have bonded greatly throughout their season but are always willing to welcome new members.

”More people should join because it is a lot of fun,” said Peterson. “The team is very close knit.”