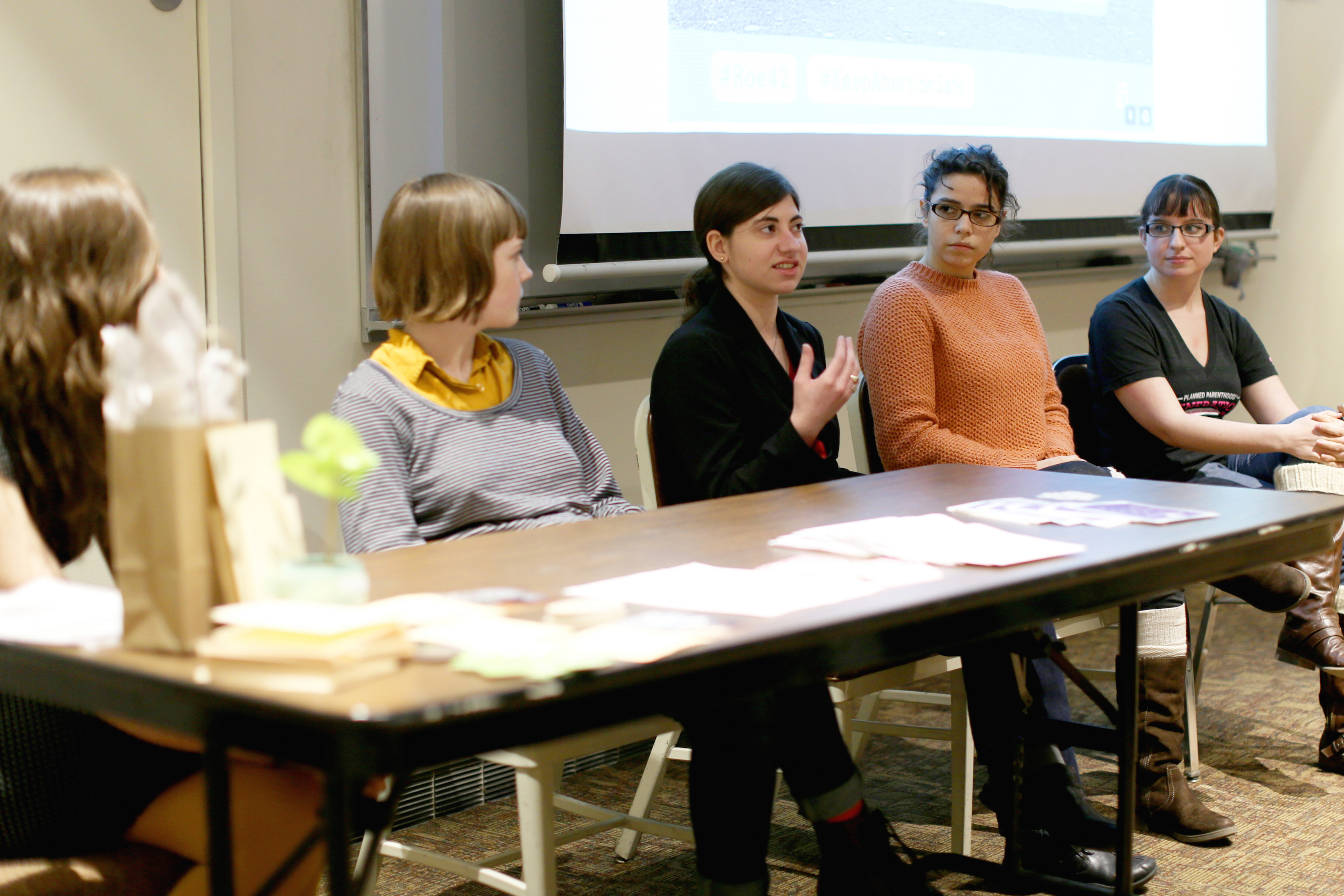 In honor of the 42nd anniversary of Roe v. Wade – the Supreme Court Case that declared anti-abortion laws unconstitutional – North Dakota State University held a screening of Obvious Child, a film about a woman receiving an abortion, on Jan. 22. Afterward, a panel of students from NDSU, MSUM and Concordia conducted a discussion about the movie and the concepts it addressed.

Comedian Donna Stern plays the protagonist in the movie. At the beginning, her boyfriend breaks up with her, and she loses her job. To top off her situation, she discovers she is pregnant from a “one-night stand.” The audience follows her journey as she decides to get an abortion and deal with emotional distress by finding support from loved ones.

After the film, a panel of five female students from Concordia, NDSU and MSUM facilitated a discussion about the film and abortion. Concordia senior Megan Schindler was one of the panelists.

“I think the film did a good job making women real people,” Schindler said. “It humanizes the whole situation. I think we should recognize that women do have control over their own bodies.”

“I thought it was well done and an interesting twist from your usual romantic comedies,” Hubbard said. “I felt it adeptly dealt with topics that many people steer clear of. It seemed to give an accurate portrayal of somebody needing to make reproductive choices.”

Hubbard agreed with that statement because of his favorite scene in the movie, in which Max, Donna’s one-night stand, asks if he can accompany Donna and her friend to the abortion clinic.

“It shows that it is not his right to go, but that it was endearing that he wanted to support and asked if he could,” Hubbard said.

Support was another main theme in the film: both Donna’s mom and sister had abortions and show support as Donna also chooses to get one and undergoes the process.

“Abortion is a lot more common than we think it is,” Schindler said. “There is support in a lot of places for a woman.”

Although the film portrayed the “realness” of the situation well, there were some aspects Schindler did not like.

“I think it showed a misconception with women when they’re going through hard times,” Schindler said. “It showed that women are going to make irresponsible sexual choices during emotional times, which isn’t always the case.”

Others felt the way Donna got pregnant could have been stereotypical.

“When people think of abortion, some think of the drunken, one-night stand,” Schindler said. “That’s not always the story. Failed birth control or rape can cause someone to become pregnant. The one-night stand is a common story, and the movie portrays this story well, but there are other stories that lead to women needing abortions.”

Although there are some aspects that could be improved, Hubbard believed the movie was a step forward in demonstrating an individual’s reproductive rights.

“I hope people have a more accurate representation of what that process is like,” Hubbard said. “That they understand a little more the tough decisions that women have to make. And that it is ultimately a woman’s decision as only she knows what is best for her.”

Obvious Child can be found on Amazon, iTunes and Netflix.