Lindgren taps into his creative, flexible side to win Mr. Concordia 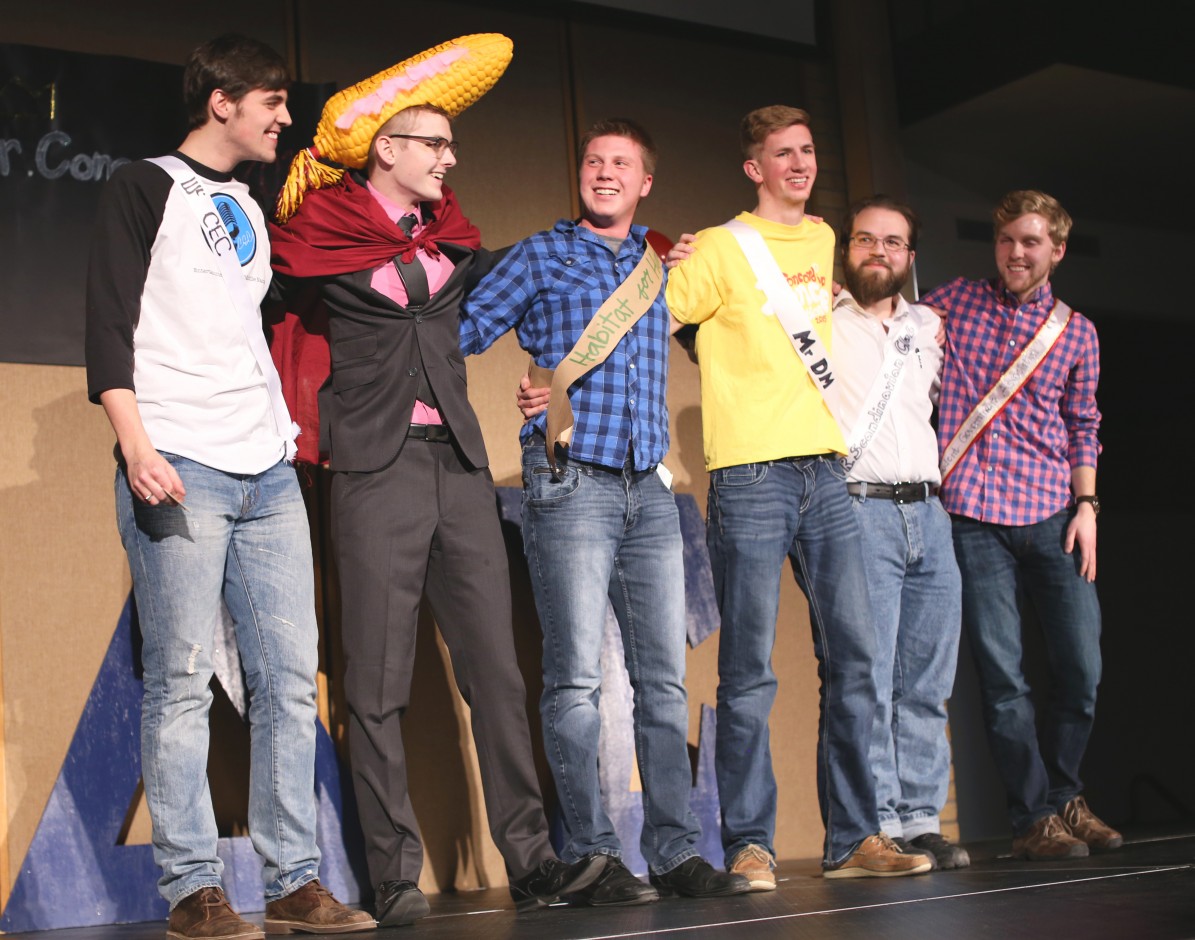 It takes creativity and a good sense of humor to excel in the Mr. Concordia Pageant, according to this year’s winner, Nathan Lindgren.

The pageant was hosted by Lambda Delta Sigma to benefit the YWCA.

“I did Mr. Concordia because I wanted to do something that would bring me out of my comfort zone,” Lindgren said. “I thought it was supporting a really good cause and I am all about that!”

To prepare, he was whipped into shape by his coach, Lily Mackenzie-Olson, a member of LDS.

The audience on Saturday responded positively to Lindgren’s Cobber Spirit presentation in particle.

Lindgren and two male friends took the stage with yoga mats to perform a routine.

“The actual idea of Cobber Yoga was presented to me by my coach, Lily, but I took the responsibility of creating the actual yoga routine,” Lindgren said. “I had some input from friends here and there, but it was mostly me sitting on my couch trying to think of funny poses.”

Among the self-titled poses, Lindgren demonstrated: Waiting in Line for Chicken Strips, P. Craft and Anne in the Homecoming Parade, and The Bell Tower. He credits the creativity to his long practice sessions.

“I did a lot of yoga on my own time,” Lindgren said.

Lindgren and his friends wore yoga pants and tank tops during the routine.

“I wanted to…make myself stand out from the crowd,” Lindgren said. “I had originally thought I would wear yoga pants…and the crop top was a recommendation from my girlfriend. I think it was the cherry on top.”

Lindgren’s girlfriend, Izzie Stromberg credits his victory to the effort he put into preparing.

“He is very passionate about what he does and it definitely showed when he was onstage, especially during his performance,” Stromberg said.

Due to a full class schedule, Lindgren had to be creative to find time to practice. The practicing and brainstorming sessions turned into stress relievers.

“Whenever I got sick of doing my homework I would take a break and do some planning,” he said. “I would relax in the process.”

Lindgren utilized a few of his friends and his a cappella group, Voce Hominum, to enhance his acts.

“Voce Hominum meets once a week so [we] spent probably 20 minutes of the past three rehearsals to clean up [our performance] and add the choreography,” Lindgren said.

“When it came to practice with Kyle and Patrick, we would sneak in a session before class or choir,” Lindgren said. “We were most often in a random classroom in the music building.”

McGuire eagerly agreed to help him out.

“I have found my way into Mr Concordia every year thus far,” McGuire said. “I love that … it’s the perfect time to do something outlandish and stupid. You know, like wear yoga pants and bro tanks while teaching a couple hundred people Cobber Yoga.”

For Lindgren, the toughest part of the competition was the fundraising aspect.

“I worked my butt off to get people to vote and to donate. That’s a hard thing to do on a college campus,” he said. “It’s college. Trying to get monetary donations is like pulling teeth with some people. But telling them that the money would be going towards an awesome cause like the YWCA made it a lot easier.”

Lindgren expressed his gratitude to the audience and the judges as he was crowned with a corn cob hat.