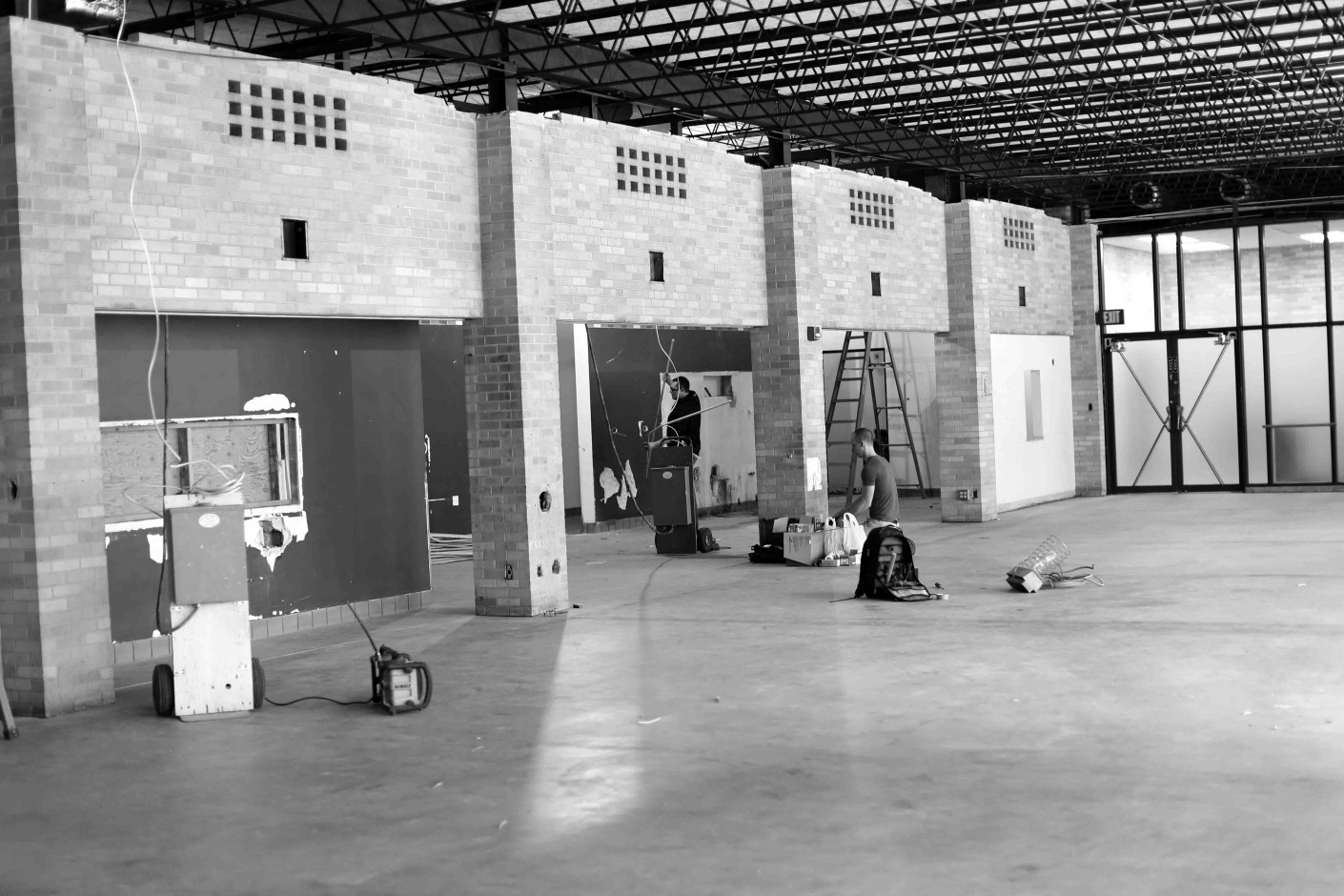 From dining center to science labs

Snackbar, coffeehouse, bookstore, post office. Normandy, the space above the Cobber bookstore, has served an array of purposes over the years. This year, it will transform once again from a storage area to a temporary lab space for the science department.

Ivers and Jones Science Building are being renovated starting next fall, and construction on Normandy should be done by January to provide a substitute lab space for chemistry and biology students according to Carol Pratt, Chair and Associate Professor of Biology.

According to Pratt, before it was reserved to become the science departments temporary lab, Normandy spent most of its years as a popular hang out.

According to Concordian clippings from 1985 located in the Archives, when Normandy first opened in the 1950’s, it served as a Dining Services’ snack bar which provided a lot of the same things that the Maize does now.  It was a place where students could meet and grab a bite to eat, or where faculty could have their occasional coffee breaks.

Over the years, Normandy provided a variety of entertainment, such as dances, variety shows and games according to a 2002 issue of The Concordian. At one time the Normandy held a pool table, air hockey table, foosball table, dart board and an electric golf game called the Golden Tee.

Pratt described Normandy as a place where students and faculty could go to get short order cooking.

At the time, Normandy had a three-level carpeted dining area furnished with booths and tables. Pratt enjoyed going to one of the round tables to catch up with her fellow faculty.

“It was a tradition that any faculty would come there for lunch and you never knew who you would find there on a given day,” Pratt said. “It was a really good space for faculty from different parts of campus to talk to people and I learned a lot about people as a new faculty member.”

Then, in 2008, Normandy closed, coinciding with the opening of Anderson Commons in the Knutson center according to Wayne Flack, Director of Facilities Management. Since then, it has served as a storage area.

Now, the wait is over, and Normandy will be under construction soon.

The overall budget for the renovation of the science buildings is around $45 million. Flack said this budget is to cover the engineering, consulting and construction of the building, including any transitional costs.

The renovation process for the science building includes a renovation of Normandy to be used as a transitional space, according to Flack. Flack said that the approximate budget for Normandy alone is $600,000. The money will be used to construct the temporary and permanent additions.

“There was a period of time when we vacated [Normandy] that we talked about repurposing it right away,” Amundson said. “But as we moved further along, we realized how much transition space we would need [for the science department] so we held it for this purpose.”

Normandy was not the only contender for a temporary lab space. Amundsen said there was some brainstorming on working with other colleges to find a space. Although the college still has those partnerships, Normandy seemed to be the better fit.

“Normandy will hold a lot of sections of classes and a huge volume of students would be difficult to transport off campus,” Amundsen said.

According to Amundsen, once the construction is finished, Normandy will have three lab spaces, one for chemistry and two for biology, an office, a space to prep for labs and storage.

Some of the new equipment coming in will include chemical safe lab tables, and upgrades on the electrical, water, and air handling in the building.

However, because the new Normandy lab is meant to be temporary and is located above the bookstore, Pratt understands that there will be some attributes found in a traditional lab left out.

For instance, gas access and Bunsen burners will not be present. As a result, Pratt said the chemistry and biology labs will have to limit some lab curriculum and focus more on computer based work, simulations or research.

“Shifting curriculum has made us think about what is the most important part of what we do,” Pratt said. “Do we want to continue a lab if it’s a little more challenging?”

The new space will also include fully ADA accessible restrooms, which will be one of the main features that remain after Normandy is done serving as a lab space, Flack said.

“We put a lot of strategic thought in terms of trying to maximize improvement from transitional use and what we can retain in the future,” Flack said.

Amundsen stressed that choosing Normandy for this space was not just for the convenience of it but to sustain a quality experience for all science students at Concordia.

“We wanted to keep in mind the student experience and make sure we have a quality program and still have high quality labs,” Amundsen said. “Even as we are bringing in prospective students, we want to show them the renovation project and how we are handling that.”

For Pratt, the space will always be the home of coffee breaks and inter-departmental collaboration.