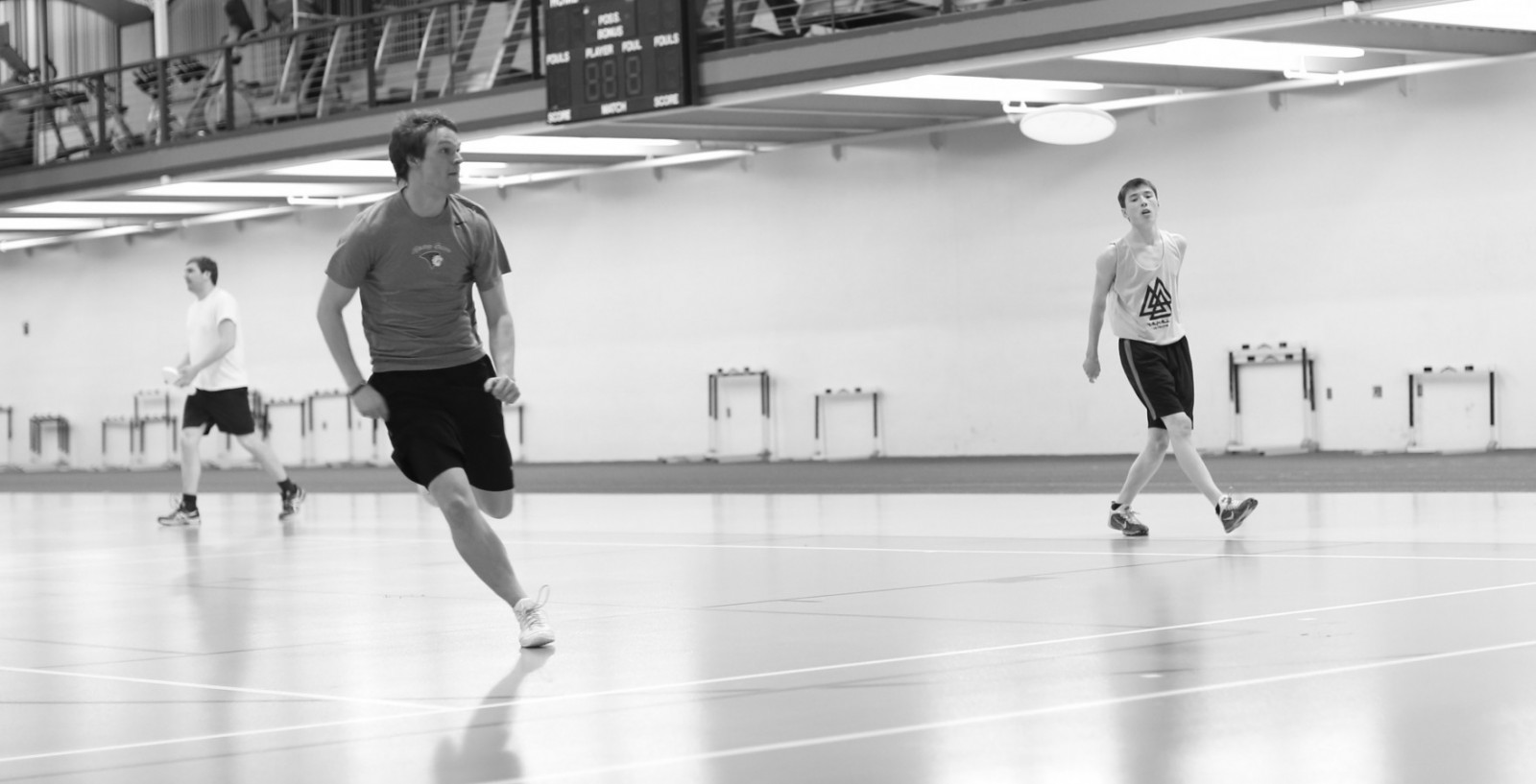 Throughout the years, Olson Forum has been the home of Concordia College’s very own ultimate Frisbee club. Aside from providing students with an opportunity to take part in a fun activity, the club gives students across campus a chance to learn an exciting new sport.

Currently the team consists of about 20 players, who meet weekly in Olson Forum. According to senior captain Matthew Anderson, practice consists of throwing the Frisbee and working on improving techniques. Anderson explains a little about how a typical practice would be like.

“At the start of practice we usually do a drill or two to improve our skills, but after that we scrimmage for the rest of the two hours,” Anderson said.

Based on funding budgets, the team participates in two spring tournaments. The games would be played 7 versus 7 against fellow college ultimate Frisbee teams. Since launching the club, members have travelled to places including Mankato, Winona and Omaha. These tournaments usually take place at the end of March and into April. To prepare for their few games, the team usually scrimmages against each other in practices.

It is never too late to join in on the fun. The club welcomes all who want to play. The team includes many different skill levels from beginners to well experienced. Senior captain, Maddie Glosland, encourages beginners to look into the club as she reflects on her freshman experience when she first joined the team.

“Seriously, we can teach you everything you need to know. I barely knew how to throw a Frisbee when I first started,” Glosland said. “They weren’t mad even though I screwed up and dropped the Frisbee every time they tried to throw it to me.”

The members of the team have many different skill levels but this doesn’t stop them from having fun. Junior captain, Tyler Guertin, enjoys hanging out with the team on and off the field.

“We are a fun group of people, with many different skill levels,” Guertin said. “We hang out outside of practice and the tournaments are a blast.”

The ultimate Frisbee club looks forward to upcoming tournaments and continuing with weekly practices. This coed club is always looking for more players of all experience and skill levels to join in on the fun.

As the club continues to practice through the year, they have become very close and created strong relationships with each other. Since joining the team her freshman year Glosland has made formed numerous relationships with her teammates.

“I’ve developed a great group of guy friends that have been like my brothers throughout college,” Glosland said. “It’s been a great way to make lifelong friends.”

The club is very welcoming and inviting. This tightly knit group feels like family. Anderson also expresses his feelings about the team and why people should join.

“There are so many fun people that you meet and lifelong friends that you make simply by joining the club,” Anderson said. “People invite you in without knowing a thing about you and automatically make you feel like you’re part of the group.”

Ultimate Frisbee is a growing sport. Along with the on campus club, Anderson shares that there is a professional league called AUDL, which stands for the American Ultimate Disc League. This growing sport can no longer be looked over.

“People think that Frisbee is simply a backyard sport, but it really is a growing community,” Anderson said.

The ultimate Frisbee club continues to have weekly practices as they start preparing for upcoming games. Although no dates are set yet, the team will be ready to compete.