Cobber grad nominated for Teacher of the year

By: Contributing Writer
In: Campus, News
Tagged: Matt Dymoke, news, teacher of the year
With: 0 Comments 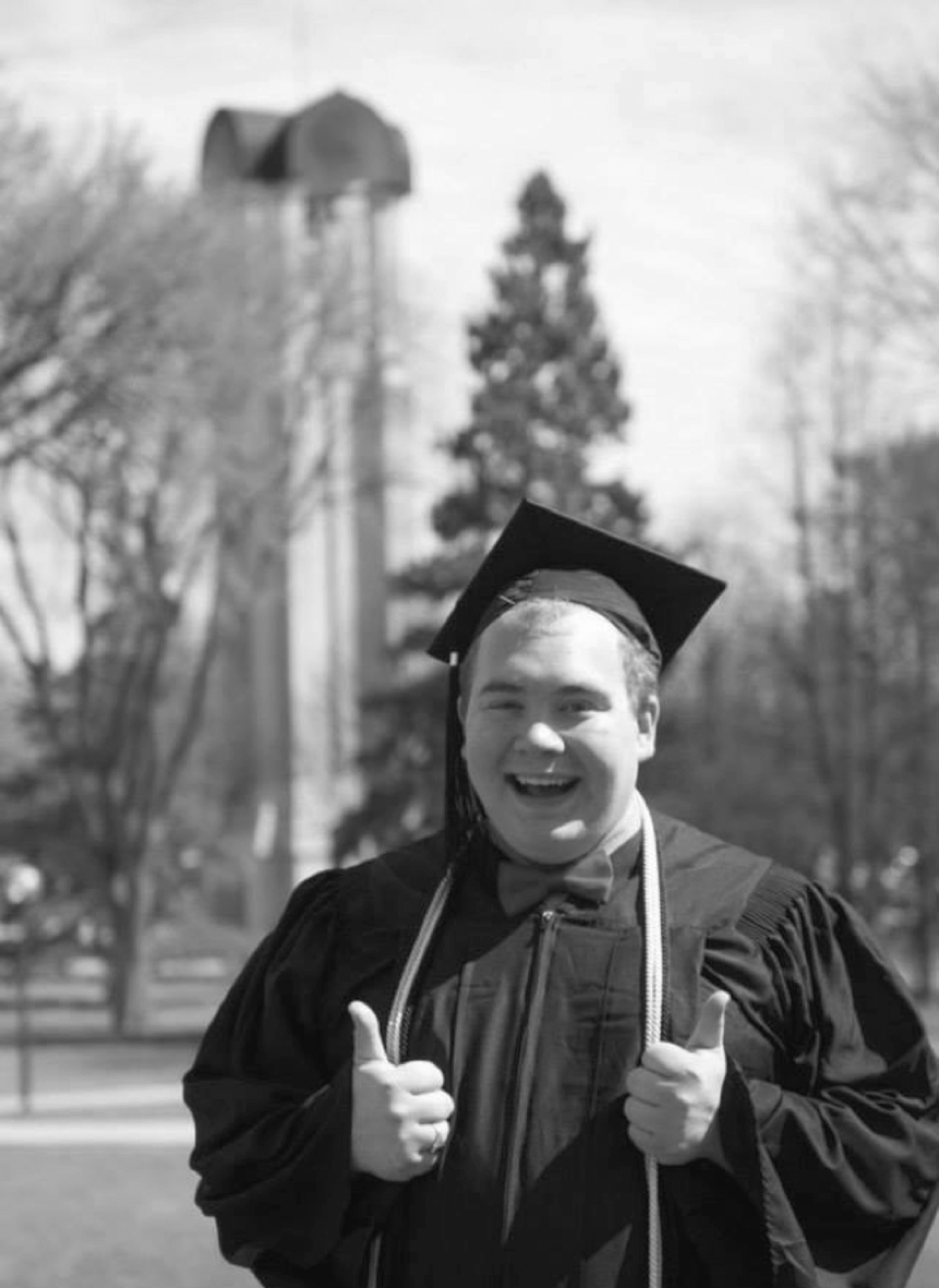 Matt Dymoke, a 2014 Concordia graduate, was recently nominated for Teacher of the Year in the White Bear Lake school district after only being in the classroom for six months.

The social studies education major, organizational communication minor was nominated by three students who had the option to nominate any teachers in the district. Dymoke, a government and world history teacher, is one of 22 other teachers nominated in the district and the only non-tenured teacher in the running.

“I don’t know that I have ever heard of it happening,” said Debra Grosz, Dymoke’s internship advisor. “I don’t think I have ever known a first-year teacher of ours to have been nominated.”

After the nomination, teachers are given 12 essay questions to write about themselves as teachers. Dymoke’s responses ended up being about nine pages long. Out of the 22 nominees, five are chosen and interviewed by administration, and by the end of April the teacher of the year is chosen out of the interviewed five. For Dymoke, the best part of this nomination was the three students who nominated him.

“It was really cool to actually read through the nomination forms after I found out and to see what the students actually said about me,” Dymoke said. “Which I think was the coolest part of everything to see the impact that I’m having on especially those three students.”

One student said that Dymoke’s best feature was his ability to work collaboratively with the students. “He makes learning fun and interesting, but at the same time he gets the point across.”

During Dymoke’s time at Concordia, Grosz said he was always going “above and beyond” what was expected of him. Instead of student teaching in the fall of his senior year, as is typical for education majors, Dymoke traveled to Salem, Mass. to teach at a year-round school, the summer before his senior year, so he could be on campus during his senior year and participate in extracurriculars.

“I think the thing that has been most beneficial for me as a young teacher is my involvement in all those extracurricular activities,” Dymoke said.

“I think the opportunities to be involved in leadership and extracurricular activities is very important for educators,” Gulsvig said. “To be a teacher requires a lot of organization, time management and good communication skills, both oral and written.”

For one of Dymoke’s students, this translates to his skills as an effective communicator.

“He works very hard to make sure that his students understand what we are learning,” this student said. “Mr. Dymoke does a great job at connecting with students, making it easier for everyone to understand what he is teaching. Mr Dymoke is a great teacher who makes class fun and entertaining while still being able to teach effectively.”

After Dymoke returned from Salem, he was Homecoming Chair and SGA Vice President, but his real concern was not spending enough time in the classroom.

“Social studies is a very broad major,” Grosz said. “It encompasses seven different areas and [Dymoke] had done most of his experiences in history and was hoping to see some other teachers.” The internship arranged for Dymoke allowed him to spend time in four different classrooms. “He could spend some time observing and interacting with teachers in other disciplines because he wanted to be as ready as he could be,” Grosz said.

This allowed Dymoke to be ready to teach a variety of different subjects and students. Marilyn Guy, Dymoke’s academic advisor, said he stood out from the beginning from the questions he asked in class.

“I appreciate his love of kids,” another student said. “He interacts so well with us. Mr. Dymoke always adapts to our learning strategies. He is very caring and willing to help when we need it. He doesn’t mind going the extra mile to ensure we are successful. I think Mr. Dymoke deserves this award beside he has done such an amazing job.”

This article was submitted by Kate Fahlen, contributing writer.

2015-03-12
Previous Post: Letter: Do we stare at screens too much?
Next Post: Cobber alum composes for Fargo theatre production