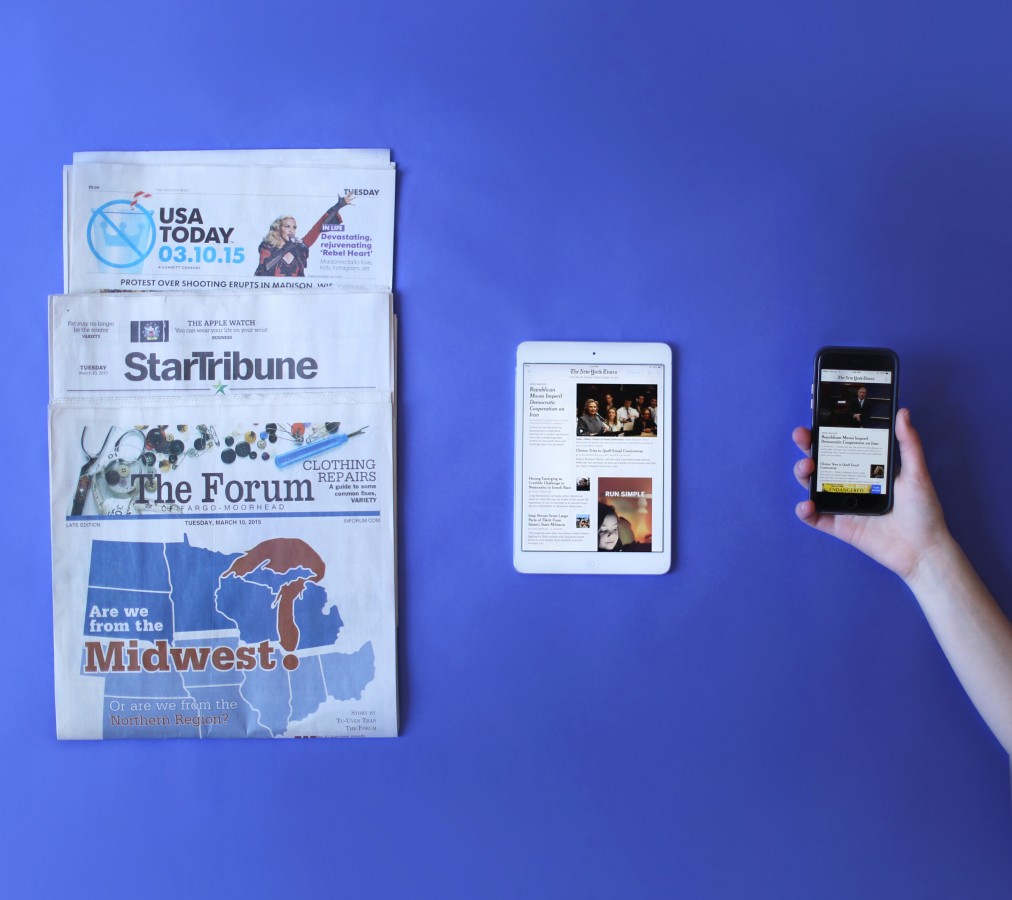 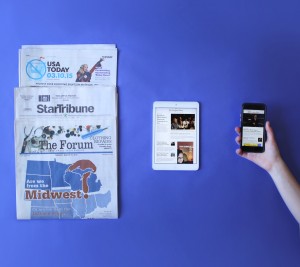 So where have Concordia’s print newspapers gone? The web.

The Concordia community now has access to online newspaper subscriptions of The New York Times and The Washington Post. Physical copies of The Star Tribune and The Fargo Forum will be supplied in the Maize. These changes have been made in order to make the news more accessible to a larger audience, improve the college’s goal of sustainability and adhere to the reduced budget.

“It had to be done,” SGA President Alyssa Coop said. “People were appalled that we were still buying physical newspapers.”

Physical copies of The Fargo Forum and The Star Tribune will be provided only in the Maize. The dorms will no longer have physical newspapers other than The Concordian.

Thoughts about changing the newspaper readership program arose when Dr. Kenneth Foster, chair of the sustainability council, came to SGA with a sustainability grant that needed to be spent before May. After doing some research, online subscriptions to news outlets seemed probable.

To see what students were thinking, SGA sent out a survey in January to learn where students were obtaining their news. The results showed that USA Today was the least popular, and New York Times and The Fargo Forum were the most popular. They also learned that lots of students read the news online.

Coop worked with Andrew Carlson, chair of the SGA sustainability fund and Erica Bjelland, a sustainability representative. They delved into the logistics of the current state of the newspaper program, and what they found displeased them.

“It was a logistical nightmare,” Coop said. “We had a separate bill for each dorm, which was paid weekly. It’s much more economical for us to get an online academic license.”

Paying the separate bills at a weekly rate became cumbersome and troublesome.

“It was pretty messed up with the payments of the newspapers and how many we had,” Carlson said.

The team also collaborated with Anne Savereide, a sustainability specialist. Since students did not read USA Today, they decided to discontinue the subscription. Savereide discovered that by discontinuing USA Today, they would lose their subscriptions with The Star Tribune and The New York Times, which are news outlets Concordia actually reads.

To continue their subscription, Concordia purchased an online academic licensure for the New York Times. Unfortunately, the Star Tribune does not offer this medium, but Savereide discovered that Concordia can order physical newspapers directly through the Star Tribune at a cheaper rate than before.

“I think the digital access will be much more accessible to students,” Carlson said. “It’s pointless to be sad about less physical copies.”

“Having this digital access might be more convenient for some students, so more students might use the service,” Probst said. “I don’t expect to see a big increase, though. Students tend to look to other sources for news information and don’t go first to a newspaper.”

With online subscriptions, students are guaranteed a look at the latest news. Physical newspapers were often gone from the racks early in the day, preventing students from obtaining one.

“We’ve heard stories of professors running away with up to eight copies of the NYT before 8 am,” Coop said. “It’s awesome that we share this program with the faculty but they don’t contribute any funds to it.”

Moreover, with fewer paper copies, there will be less waste.

From December 1-8, data was collected on how much newspapers the college was receiving. In that week, they received 470 copies of The Fargo Forum, 71 copies of The New York Times, 81 copies of The Star Tribune and 194 copies of USA Today.

“It’s 2015, sustainability is a major goal of the college and I think that it’s Student Government and its allocations reflect that,” Coop said.

To further this goal, a table will be placed in the Maize for gently used papers in hopes that people will put the papers back instead of throwing them away when they’re done reading them.

Lastly, they had to make changes due to budget issues. Before, Residence Life footed half the newspaper bill while the other half was paid by the student activity fee of $3 per student. Since enrollment numbers dropped this year, Residence Life had to pay more of the bill because of lack of funds from the activity fee.

Since SGA and Savereide decided to stop delivering papers to the dorms, Residence Life does not contribute to paying the newspaper bills anymore. Due to this, the overall budget has been cut in half.

Luckily, the aforementioned changes in news outlets has drastically reduced the cost of providing news to the students – the activity fee will remain the same.

Also, if there are leftovers of the tangible newspapers, the college receives a refund for the unread newspapers.

Nicole Rome, education manager for The New York Times, will be at Concordia on March 12 and 13 to help people register, answer questions, and help the library by informing the librarians on the different tools they can utilize on the site.

Coop said this is a trial period. The online subscription lasts for 10 months. Next year, SGA will have to decide whether or not to continue with these changes. SGA plans to send out a survey in April to receive feedback about the changes to the program. The New York Times also provides an analysis that demonstrates how many people made an account and how often they use it.

“We’re hoping that this increases readership,” Savereide said. “It’s always a good thing to know what’s going on in the world.”