By: Siangicha Mbatia
In: College, Sports
With: 0 Comments 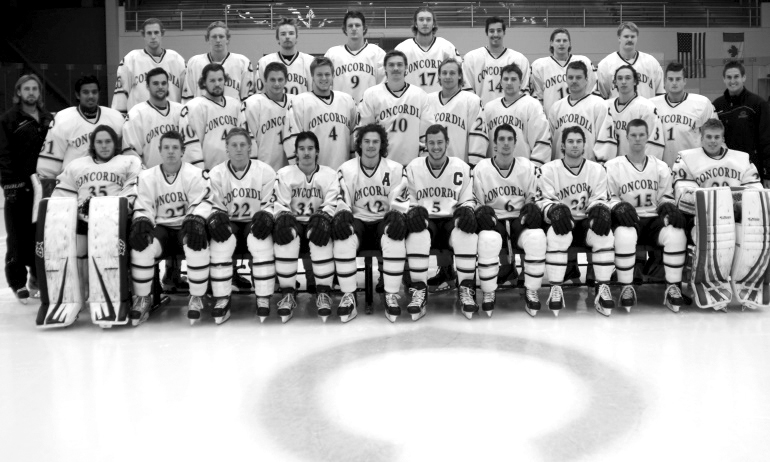 Among those receiving honors were freshmen Jon Grebosky, Bryan Kronberger and Alex Reichle, who made the all-conference rookie team. Junior Max Smith found a place on the all-MIAC Sportsmanship team, while fellow juniors Charlie Aus and Jodie Bancroft received all-conference honors. Rounding up the group of honorees were sophomore Garrett Hendrickson and seniors Andrew Deters and Rylan Henley.

First time recipient, senior Rylan Henley, believes the group’s success from the postseason honors was facilitated by the team’s solid performance throughout the season and by having an array of players who complemented each other.

“No one that got honors was at the top of any category,” Henley said. “Just all together, we had a really good core of players.”

The team finished third in the regular season and went on a postseason run that ended in a double overtime loss in the MIAC semifinals. The heartbreaking defeat that ended the season has not overshadowed the accomplishment of this squad from making it to the semifinals, to fighting it out in double overtime with a depleted roster.

“Towards the end of the year we had some injuries and that made it difficult for us coming into playoffs,” Reichle said. “But we had a lot of guys step up and fill those roles because we had the depth.”

This depth is a big advantage for the squad entering the new season. With the end of one era, five members of the team will be graduating in May, but senior Rylan Henley, is confident that the team is in good hands. He believes the change will not affect the transition into the new season next fall because of the experience the youngest members of the team acquired throughout this past season.

“The good thing about our team is we depended on freshmen just as much as we did seniors,” Henley said. “And that’s why three of them won awards this year. It shows because they played a big part.”

A main reason why a rather seamless transition into the next season is anticipated this early is because of the strength of the incoming freshman class players from the concluded season. According to Alex Reichle, the all-rookie MIAC team selection, over eight rookies joined the Concordia hockey squad with a wealth of skill and talent.

“Just across the board, we had a great freshman class so that helped quite a bit,” Reichle said. “It definitely made it easy for all of us to have a chance at [the honors].”

As for the outgoing seniors, the chance to be a part of a formidable team has been a testament to how the team has grown since they arrived at Concordia hockey as rookies. Deters believes that this development over the past few years helps the team going into the future.

“Over the four years it’s just gotten better as far as our team chemistry and team atmosphere,” Deters said. “I think we have left the team with something that they can keep building on.”