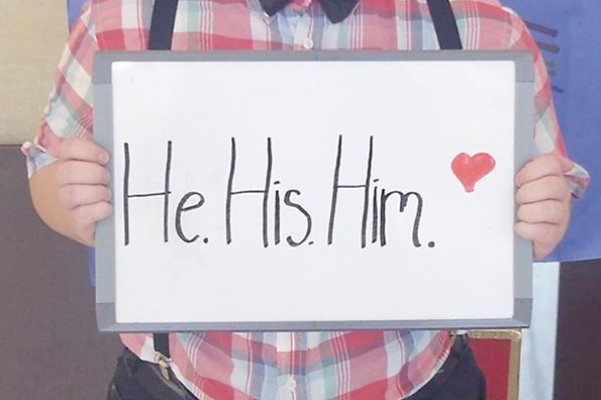 Cobber explains his decision to transition during college

Like most students, sophomore Jack Hinz has to deal with the typical college student anxieties: tests, projects, speeches, assignments. But on top of that, Hinz also fights daily battles over situations that many of us do not recognize even exist. As a transgender individual, Hinz has struggled in the transition from female to male.

“It’s been a rollercoaster,” Hinz said.

One of the biggest frustrations Hinz has faced as a transgendered individual is single gender bathrooms, as these create an ‘either-or’ situation.

Back in August, Hinz had been working in the lighting booth for an event on campus and found himself in a situation where there was no gender neutral bathroom.

“There were two bathrooms and I stood there, just thinking ‘I don’t know, I don’t know,’ and I paced back and forth for at least 15 minutes,” he said. “I even ended up going back up to the booth and [said], ‘I don’t know which one to use.’ My friend said, ‘Just go. If you walk in there with determination and like you’re supposed to be there, no one will question it.’”

Choosing between the two is not as easy as many of Hinz’s friends think.

“People always tell me, ‘go to either one you feel safer in,’ but I feel safe in neither of them,” he said. “It’s getting better…on campus. Off-campus is another complete story.”

For him, locating public restrooms off-campus is a scary prospect.

“I’ve gotten a lot of weird looks from people in male bathrooms off-campus,” he said. “No one has said anything, but whenever…there [are] other guys in there, I always internally freak out. I never know if this time will be the time that I get beat up or worse.”

Other frustrations Hinz has faced include his name being listed as “Jaclyn” on Concordia’s online resources like email and Moodle, and trying to get moved into appropriate housing.

Fortunately, the Concordia community was quick to assist Hinz in altering his name on the web resources and also help him find the housing he desired.

“Everyone at Concordia who knows about me transitioning have been really wonderful. It seemed easy for people to switch my name and pronouns, and my professors have made the change right away.”

The need to transition became clear to Hinz after he watched a friend who had transitioned from female to male, compete in a Mr. Concordia pageant.

“I remember seeing him and thinking, ‘I wanna do that,’” Hinz said.

Hinz had been working lights for the performance and saw his friend performing, which inspired him.

“It was at that moment that the lightbulb clicked,” Hinz said.

Hinz continues to communicate with his friend for support and has found support from the Concordia community. However, despite this support, Hinz still faces many obstacles ahead.

“If there was one thing I wish that everyone understood, it would be how unsafe and uncomfortable I feel about my body and in my body,” Hinz said. “It just doesn’t match.”

Hinz’s discomfort began in his childhood, where he identified as a tomboy. “I remember when I was younger, I hated being a girl: you always had to wear dresses and I didn’t like that,” Hinz said.

As Hinz got older, he still identified himself as a tomboy, eventually coming out as a lesbian in high school, and after coming to Concordia, he fully realized his wishes.

Though Hinz has gradually transitioned, beginning by altering his hairstyle, his clothing, and by wearing a binder around his chest, Hinz says he is now ready for the next step in his journey as he does not feel comfortable in his biological body.

Hinz has set up a gofundme account with the hopes that he can raise $10,000 for top surgery in order to help him in his journey.