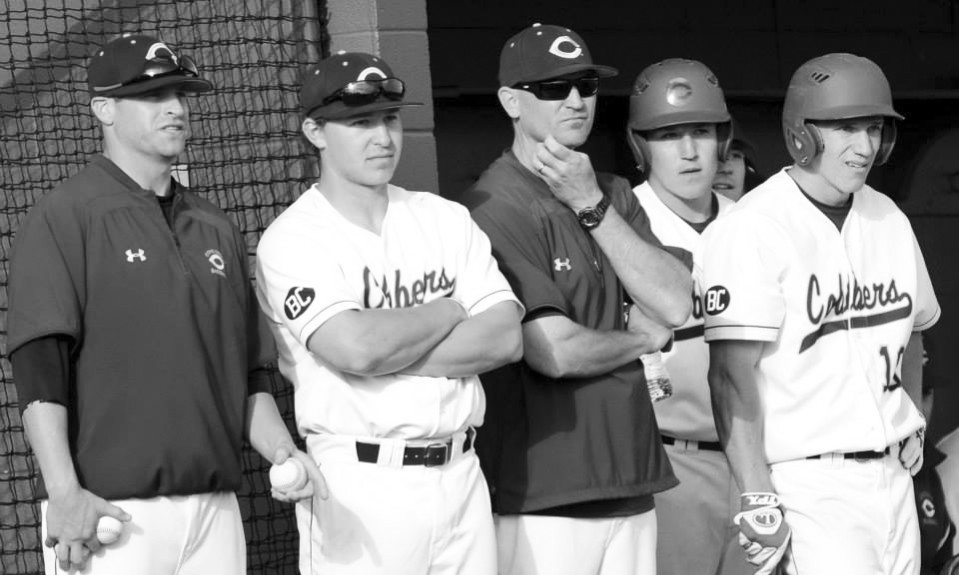 Over the past year, Concordia’s baseball team has made a minor change in the coaching staff. Their longtime head coach, Bucky Burgau, took the role of the assistant coach, while former Cobber and last year’s assistant Chris Coste was promoted to head coach.

According to assistant coach, Burgau, the transition was seamless for him in the past year because Coste had been a part of the coaching staff before getting the head coach title. Burgau, stated that the two coaches have balanced out their roles well in the past few seasons of working together and knowing each other.

“For a lot of reasons Chris is like a son to me so that helped a lot,” Burgau said.

Even though the transition has seemed small there are still some noticeable changes to take into account. Burgau outlined that more administrative duties he used to handle as head coach have been placed in the hands of his former player, Coste.

According to Burgau, administrative duties which include, travel, hotel and bus or van arrangements, team paperwork and finances have shifted to Coste.

“Starting lineups and pitching plans would also fall under that category,” Burgau said. “We all help with that but obviously the head coach has more responsibility.”

On the field, the players also have not noticed large changes this season because of the presence of both coaches last year. According to sophomore catcher, Grant Vagle, the difference in roles is not very recognizable because the effort to smoothen the role reversal has been a process that has gone on for years.

Vagle continued by adding that it felt as though half the transition was made last year, and this season was just a continuation of the process.

Both coaches have a role in team and player objectives, and Burgau credits one of his most successful former players in Coste with formulating a plan in place to reach these goals.

“As far as player development is concerned, Chris has a great plan and daily improvement of players and the team is the goal,” Burgau said.

One of the developmental sessions players have noted in this season is tactical based practice. According to Vagle, coach Coste has added more in game scenarios to the practice sessions. Vagle stated the team has practiced this way before, but there is always room for improvement with a fairly young season in play.

“During practice have been doing a lot more situation type stuff,” Vagle said. “That hasn’t come into play that often yet, but it’s very likely to come into play down the line.”

Another player who has seen the transition play out for three seasons now is junior and catcher, Tim Carlson. He believed the reversal of roles for the two coaches leading the program began in his rookie season.

“Given that they’re both at practice, I felt that the transition started when I was a freshman,” Carlson said.

One aspect of the coaching Carlson appreciates is the opportunity to play for both his coaches. Burgau has lead the Cobber baseball program for over three decades, while Coste – went on to become a World Series Champion with the Philadelphia Phillies.

“Coste obviously has been to a level of baseball that none of us have, which is a blessing,” Carlson said. “It’s a great opportunity for us to learn. Everyday I’m just soaking up as much as I can and trying to put it into a game-like setting.”

According to Carlson, during his time playing for Concordia he has learned a lot more about baseball than he was aware of in the past. He credits his new head coach with making him understand the different approaches and tactics he could apply to his game as a catcher.

“In that aspect, I think Coste has done a really good job of bringing his insights to us,” Carlson said. “He was a major league baseball player. He is obviously extremely talented.”

As for coach Burgau, affectionately referred to as Bucky, there is a lot of love and pride that has come with the process of switching and sharing responsibilities with his former player.

According to Burgau, the transition could not have gone any better because it has proceeded the way he envisioned it at the start of the coaching collaboration.

“The easy part of the transition has been to watch someone I care a great deal about take the bull by the horns and lead this program,” Burgau said. “I am really proud of Chris for that.”